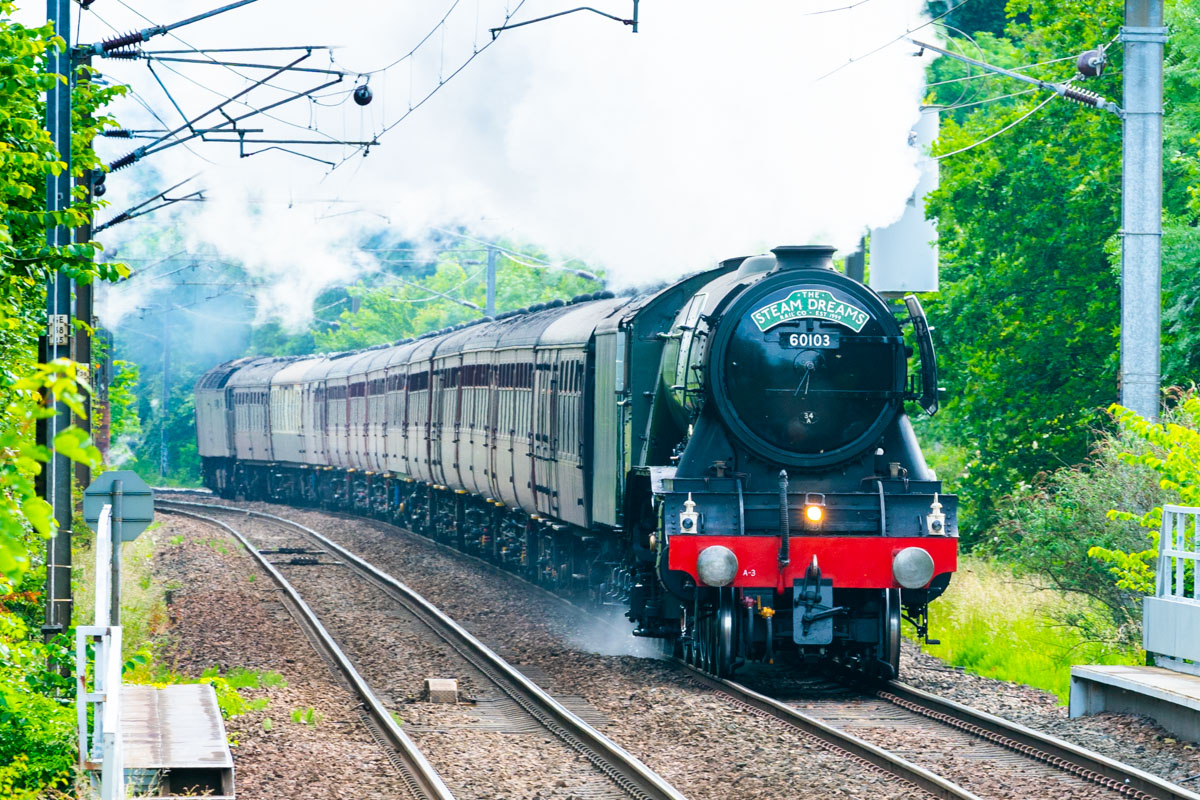 The allure of the age of steam has not been lost. In Edinburgh Waverley this morning there were many trainspotters, some who had come from quite a distance to see the 60103 Flying Scotsman.

The interest in the train is so keen that the advice is very much to watch from a safe vantage point. We went to Kingsknowe station this morning where there was a handful of veteran enthusiasts to watch the train steam by. This morning the train was bound for Carlisle and it looked to us as though it was a full house on board.

On Friday the train arrived from King’s Cross and then ran from Edinburgh Waverley to Fife across the Forth Bridge on three Fife Circular routes. Passengers enjoy a premier dining experience on some of the journeys and the restaurant cars have wood panelling and big picture windows.

The train dates from 1923 and was built for London and North Eastern Railway (LNER) at Doncaster Works. Designed by H.N.Gresley it was used on the London to Edinburgh Flying Scotsman train service and named after that route.

Although there is a steam locomotive at the front of the train it is backed up by a Diesel engine at the rear.

Flying Scotsman is now owned by the National Railway Museum and operated and maintained by Riley & Son (E) Litd. You can donate to the cause of keeping the train going or you can book a journey aboard by clicking here. All trips last year were cancelled during the pandemic.