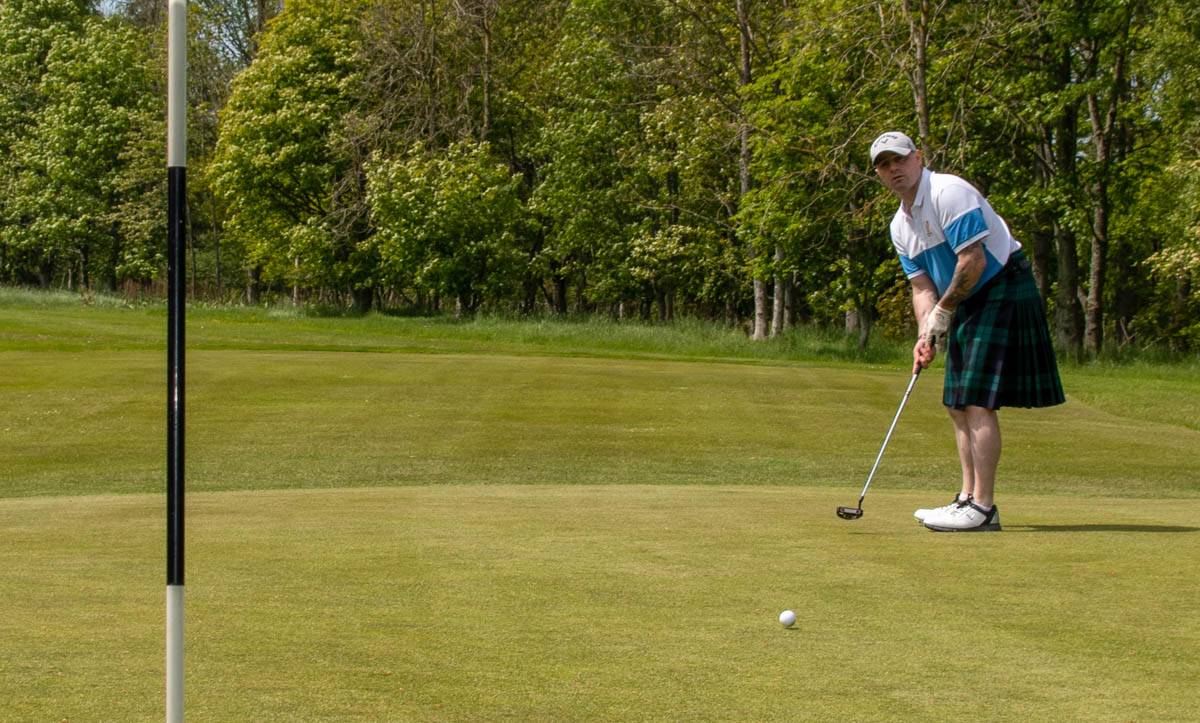 The challenge was over an approx. distance of 26 miles and organised to raise funds and awareness of prostate cancer https://www.justfiving.coms/team/Prostate-kilts .

Dunnikier Golf Club kindly allowed the Balaklava Company team to have free access to the Golf Course; providing golf buggies for the caddies and lunch along the way. Support was also given by Safe Hands Cabs who donated to the charity and had golf shirts printed for wearing on the day – all donning the Regimental Cap badge.

Mr Norrie Martin, a local pub landlord of the Kirkland Bar in Methil Fife, also gave a generous donation to the charity and provided trophies to present to the Balaklava Company Golf Team.

Lance Corporal Alli Renwick, Balaklava Company said: “The event was not only to raise funds for Prostate Cancer but also to raise awareness. If raising awareness of this type of cancer helps one person, then that’s a job done.”

He also stated: “Today was a long hall and difficult at parts but if it means we can support a well-deserved charity and help further research then it makes it all worthwhile. We can’t thank Dunnikier Golf Club enough for their generosity and support.”

Balaklava Company is based in Redford Barracks, Edinburgh and is a Public Duties Incremental Company charged with carrying out State and Ceremonial duties within Scotland.  When not committed to these duties it is a rifle company, which has all the responsibilities and skills of a modern-day infantry fighting force.

They will continue Public Duties in Edinburgh and Balmoral and then return to combat training ahead of more exercises in the New Year.