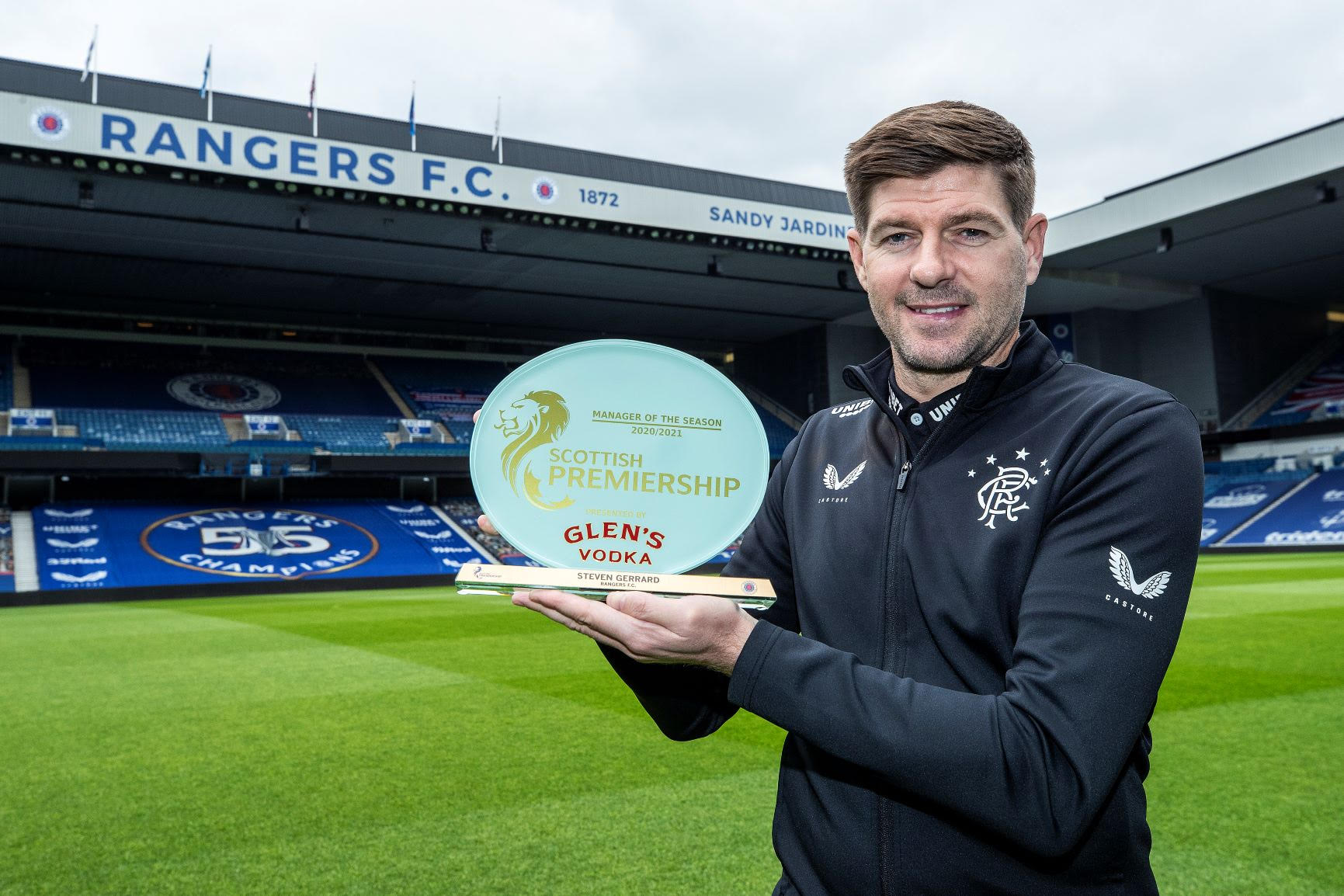 Rangers FC’s Steven Gerrard has been announced as the 2020/21 Scottish Premiership Glen’s Manager of the Season.

Rangers who remain undefeated in the 2020/21 season crossed the finishing line early – more than two months ago.

Gerrard’s men are now only one game away from being declared league ‘Invincibles’, with only Aberdeen standing in their way as the clubs go head-to-head for the final time tomorrow.

Colin Matthews, CEO of Glen’s owner the Loch Lomond Group, said:“You can in no way, shape or form, fail to be impressed with Rangers this season. Ever since the first game against Aberdeen back in August, you could tell Rangers were a force to be reckoned with. Steven Gerrard has done an outstanding job and fully deserves the Glen’s Manager of the Season award. Congratulations to him, his colleagues and his squad, who I am sure are all bursting to lift the Premiership trophy tomorrow.”

Gerrard said: “I am delighted to receive this award on behalf of my coaching staff and back room team. Our relentless pursuit of success has ensured we have achieved our 55th league title for Rangers. It is a privilege to manage this 150 year old institution and I know how much this title win means to our fans across the world. I am grateful for the support I’ve received from the board, particularly our Chairman. I believe we have much more work to do, and success can come again, if we continue to strive for better.”