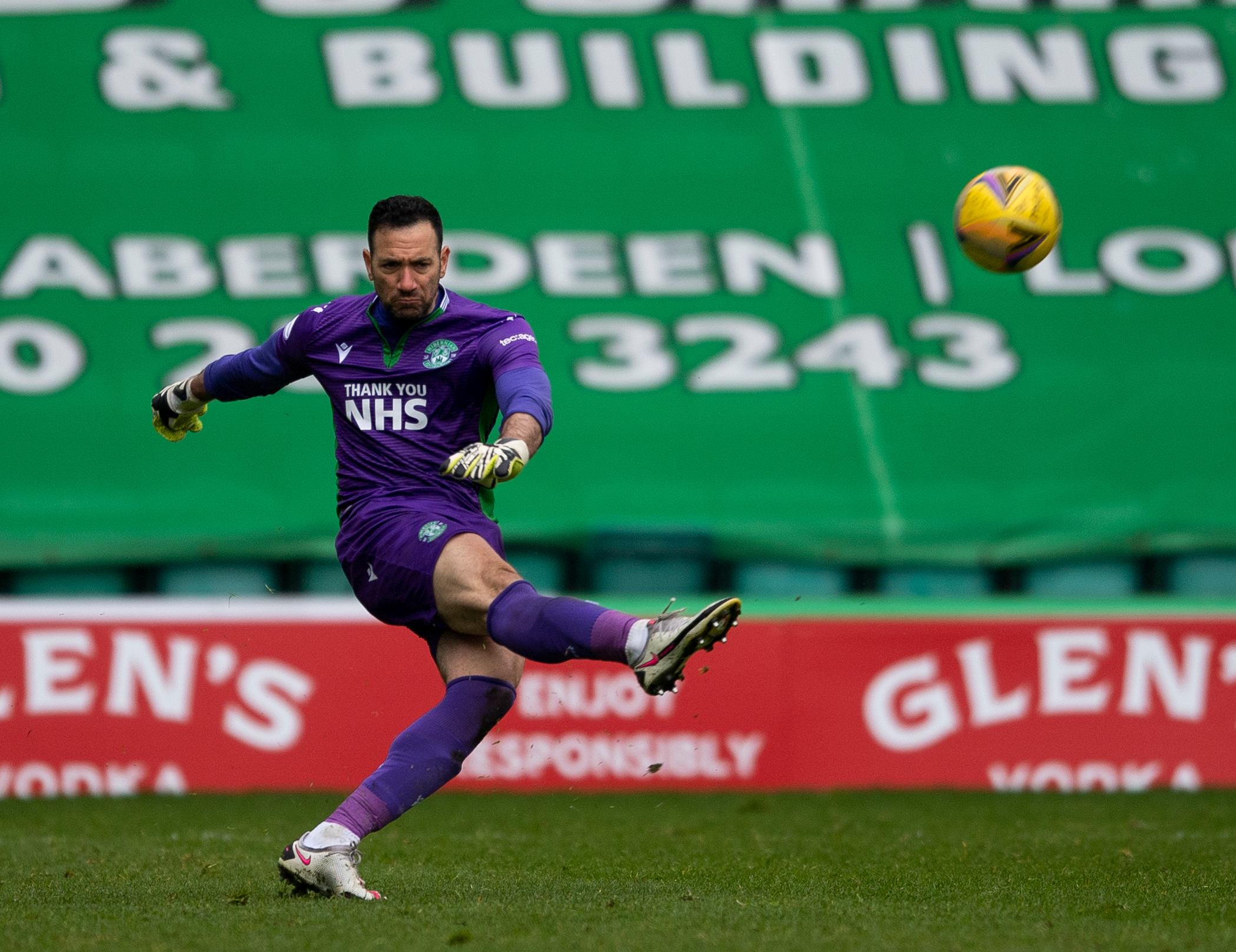 Ofir ‘Rocky’ Marciano’s last game at Easter Road ended with a clean sheet against Celtic this afternoon as the final game of the league campaign finished with honours even.

With next week’s Scottish Cup final in mind Hibs’ Head Coach Jack Ross made eight changes to the starting XI that beat Aberdeen to secure third place in the table with only Darren McGregor, Alex Gogic and Melker Hallberg retaining their place.

Scott Brown, who started his career at Hibs, captained the Hoops for the last time after a trophy-laden tenure at Parkhead. Former Hibs’ striker Leigh Griffiths who has been linked with a return to Easter Road had to be content with a place on the bench.

With both recognised strikers on the bench, Ross went with Hallberg and Drey Wright up front but it was the visitors that started on the front foot and Ryan Porteous did well to block a David Turnbull effort in the opening spell.

Moments later Mohamed Elyounoussi broke clear and chipped the ball over Ofir Marciano but McGregor managed to clear the ball off the line.

At the other end McGregor headed a Hallberg corner just over the bar.

Kenny was booked for a cynical trip on Jamie Murphy then Joe Newell did well to put off Odsone Edouard as he was about to pull the trigger.

Elyounoussi then broke clear into the area and tried to round Marciano who produced a great save to deny the Celtic striker.

Marciano then did well to save from a long range effort from Turnbull.

McGregor then did well to dispossess Edouard inside the area before Marciano once again produced a superb diving save from Elyounoussi.

Ryan Christie tried his luck from 25-yards but his effort went just wide.

Kristoffer Ajer then completed a 60-yard run before Gogic pulled him back 35-yards from goal. Edouard took the resulting free-kick which flew into the top-corner but Willie Collum had blown his whistle for encroachment just before the foul was taken. His second attempt struck the wall and was cleared.

Gogic then produced a superb tackle inside the area to dispossess Edouard.

Hibs fought back and a long ball from Lewis Stevenson was controlled by Wright and the ball appeared to strike a defenders arm but after a wrestling match the referee awarded the free-kick to Celtic.

Just before the break, Stevenson once again found Wright in midfield but his effort flew well over the bar.

Hibs had the better of the opening period in the second-half and McGregor did well to head the ball into the path of Hallberg but he sliced his effort well wide.

At the other end Marciano did well to save a long-range effort from Elyounoussi.

In the 57th minute Gogic was booked for an arm in the face of Greg Taylor as both challenged for the ball.

On the hour mark Griffiths and James Forrest replaced Edouard and Christie then Stephen Welsh was winded blocking a powerful strike from Gogic.

With a few of the Hibs’ players tiring Ross replaced Hallberg and Murphy with Christian Doidge and Jackson Irvine.

The substitutes almost made an instant impact with Doidge headed an Irvine cross toward Gogic but the midfielder was dispossessed before he could shoot.

Ross then replaced David Gray and Wright with Paul McGinn and Josh Doig who went into midfield.

In the last minute Marciano did well to save at Forrest’s feet then Stevenson produced a great tackle to dispossess substitute Karamoko Dembele inside the six-yard box.

The last chance of the game came in time added on when Stevenson’s long free-kick was nodded on by Doidge and Irvine’s effort was deflected over the bar by Ajer although the referee gave a goal-kick and the game ended goalless.