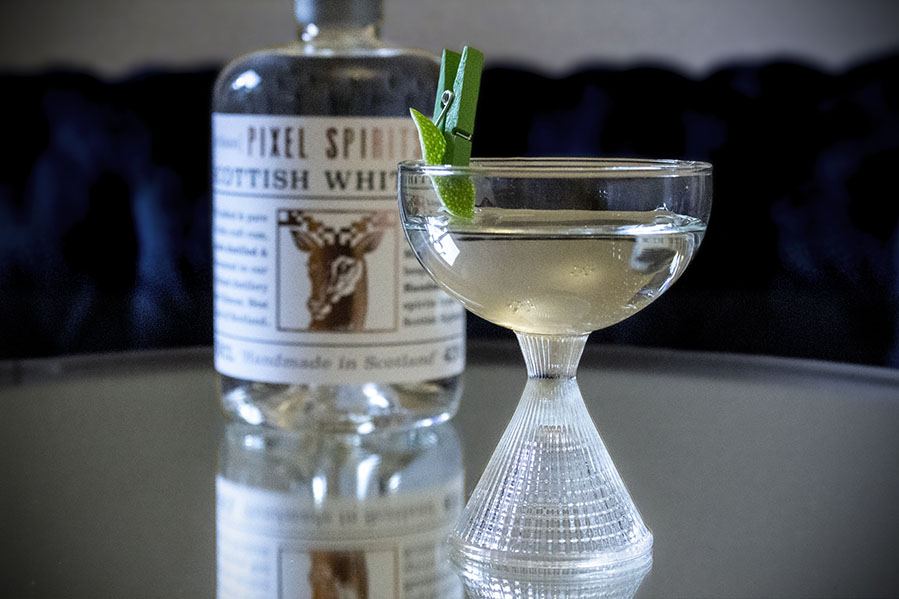 A Highland craft distillery, Pixel Spirits, has been crowned a winner in the prestigious World Rum Awards for 2021. Their newly released White Rum, part of their Artisan Range, was the overall winner in the taste category of unaged rum, distilled in pot and column stills. Next for this small family run distillery is the release of their cask aged Golden Rum.

Pixel Spirits Distillery, owned by the entrepreneurial couple Craig and Noru Innes, opened in 2017 with an ambition of creating a gin for their bar at Loch Leven Hotel, a former 17th century coaching inn. From there they have grown to produce gin for themselves and some other amazing gin brands all across Scotland. Now they have not only released their own rum – fermented, distilled, bottled and labelled onsite – but picked up another prestigious international award!

Craig Innes said: “We launched our first products almost four years ago after two years of converting former farm byres on site with the help of friends and family. We knew how exciting the potential for the distillery could be and have been absolutely thrilled to see it grow and far exceed our original plans.”

They began distilling rum almost two years ago with most going to cask to mature. Rum maturation is a slow process in Scotland compared to the tropical climates of the Caribbean where it originates.

“The past year has been challenging across the board, but it has given us time to work more on our exciting new rum expressions and other products on our Artisan Range”, said Craig.

As well as their White Rum, the couple launched the first bottling of their Golden Rum on 1 May. Noru Innes explains about the lengthy process of the development of their cask aged rum: “We have been experimenting with a variety of casks over the past couple of years from virgin American and European oak to former bourbon. It is a myth that putting a bad spirit into a cask will make it better, you need first to ferment and distil an amazing white rum capable of aging. We also have a botanical rum expression that we are perfecting”.

Since the early days of Pixel Spirits the couple have run an exceptionally popular gin school in the walls of the distillery where students come and are guided through recipe development before distilling their very own unique bottle of gin, taken virtually during lockdown. “Adding a rum school seems like a natural progression allowing our rum lovers to also enjoy our distillation experiences”, says Craig. “They will be able to distil either their very own bottle of white rum or botanical rum and can add the option of a tiny American oak barrel to take home and age their rum should they wish”.

At Loch Leven Hotel, having held the Highland title for Best Bar with the Scottish Hotel Awards for five consecutive years as well as two National Awards, the couple decided to focus their attentions on their craft distillery, welcoming Effective Hospitality Management (EHM) to manage the hospitality arm of their business.  Craig is feeling excited about the future. He said: “We are so happy to have brought on board the wealth of knowledge and experience of our friends at EHM to continue to develop the success of our hotel allowing us the opportunity to further build our distillery brand.”