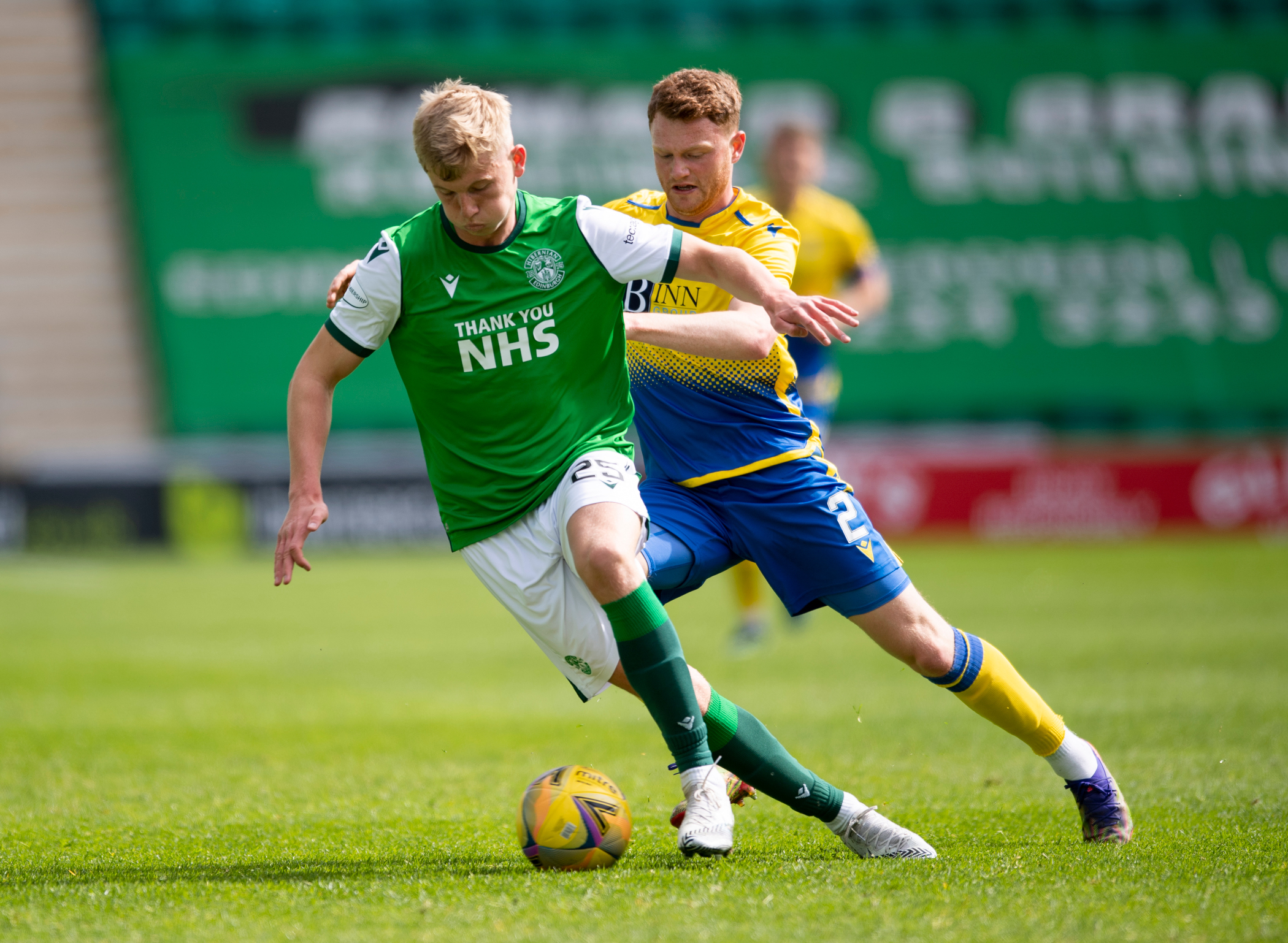 Hibs’ veteran defender Lewis Stevenson will have no complaints if Josh Doig is chosen ahead of him for the Scottish Cup final against St Johnstone on Saturday.

Stevenson has made 26 appearances but half of them have been from the subs bench as Young Player of the Year Josh Doig produced the form that has attracted the attention of a number of top clubs.

He made his 500th appearance for the club this season, and has now overtaken Famous Five legend Willie Ormond in the list of appearances.

He said: “All the young boys have been unbelievable and all deserve the chance to play in the cup final. They’re the ones who have got us into this position, but we’ve helped.

“He’s (Doig) got everything. I know there have been comparisons to Kieran Tierney and Andy Robertson and to be 18 and play that many games is remarkable.

“What I’ve noticed since the start of the season is how much he has improved. There have maybe been times where he has not put in an eye-catching performance. But defensively he has come on leaps and bounds with good, solid performances.

“It’s hard for a left-back sometimes to go in and get a run in the team but since the start of the season he has been noticed for his pure level of consistency. His decision making has improved so much, but being in that position seeing how he has come on is unbelievable.

“And even when he has not started games as well as he would have liked he doesn’t let it get to him. Within 10 minutes he has picked up and he finishes games as strong as anyone. That’s testament to the management and the players who have helped him, but, you obviously want to fight for it every day. I still want to play, I just think there is a way to go about it. You can be civil.

“I know what it’s like being a young boy and I want to help out as much as possible, not just on the football pitch, but with life as well. What’s happened to Josh this season can be a massive thing to deal with, especially with the spotlight having been on him, so he has been fantastic not just as a player but as a person as well. We get on really well with each other. Hopefully we can hold onto him for a wee while yet.”

Stevenson, who has signed another contract for next season, entered the history books in 2016 as the only Hibs’ player to win both a Scottish Cup and League Cup with the club but he believes that this will be a different experience.

He added: “This year I will definitely try to enjoy the experience more and try to take more in because sheer nerves consumed me last time and I probably didn’t manage to enjoy it as much as I should have. Getting over the line and finishing third is a big boost and maybe it is a boost we needed because the confidence is back up.

“St Johnstone are going to be confident because they have done well against us this season but we hope it will go in our favour and we believe we can win. “ It will be a tough game because both teams know each other so well. It will be a good spectacle and an interesting one.”