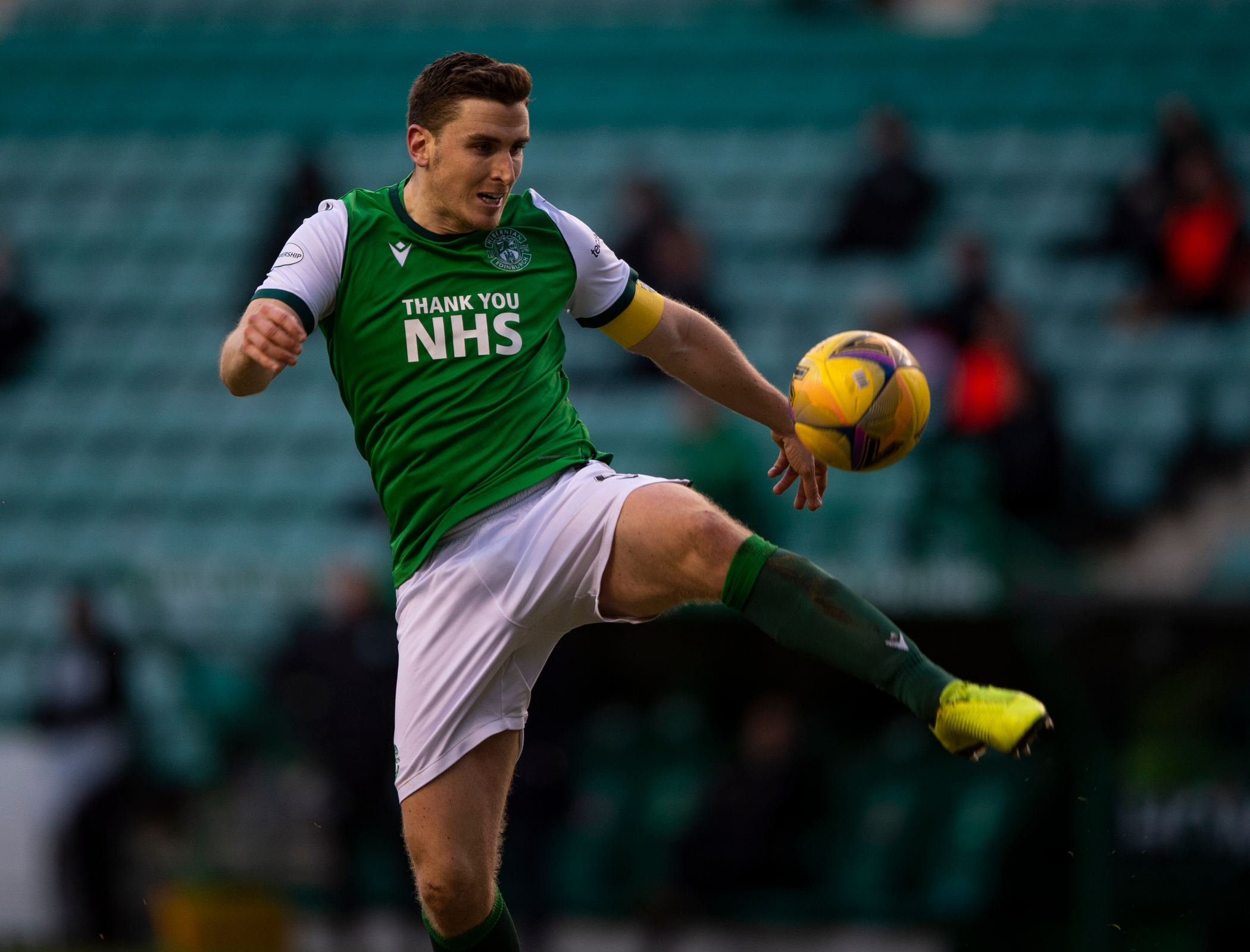 Hibs’ defender Paul Hanlon enjoyed the celebrations in the Hampden dressing room after the final whistle on Saturday but now he insists that the players are fully focussed on Pittodrie in midweek and a chance to seal third place in the league.

Hibs went into the semi-final as favourites but having lost two previous ties at the national stadium when they also enjoyed that tag was a test of character for the team which they more that responded to.

Now a draw against Aberdeen will almost certainly secure third place given the difference in goal difference although even a defeat would require the Dons to get something at Ibrox on the final day of the season next Saturday.

After the game a delighted Hanlon told Hibs TV: “It was great, absolutely amazing. First and foremost it was great to get into the final and the celebrations were great in the changing room.

“All the boys really together, enjoying the moment but now focus has to turn to Aberdeen or Wednesday.

“It was difficult. We’ve had two big disappointments this year in other semi-finals so it was a test of character today for us and I think we passed it with flying colours.

“We worked so hard to get there and we just want to be as prepared as possible when that day comes but as I’ve said we have a big prize ahead, finishing third in the league as well.

“Guys like Melker (Hallberg) coming in who has not played a lot of football and the shift he put in was incredible. He was out on his feet at the end. We got a few knocks, bumps and bruises but the boys coming on did a great job as well.

“I felt as though we could have made it a bit more comfortable on the counter we had a few 3 v 2 situations where we could have relaxed and enjoyed the last 10-minutes or so but that’s never normally the case when you play for Hibs. It’s nail biting until the last minute but I’m just delighted to get over the line and into the final.”