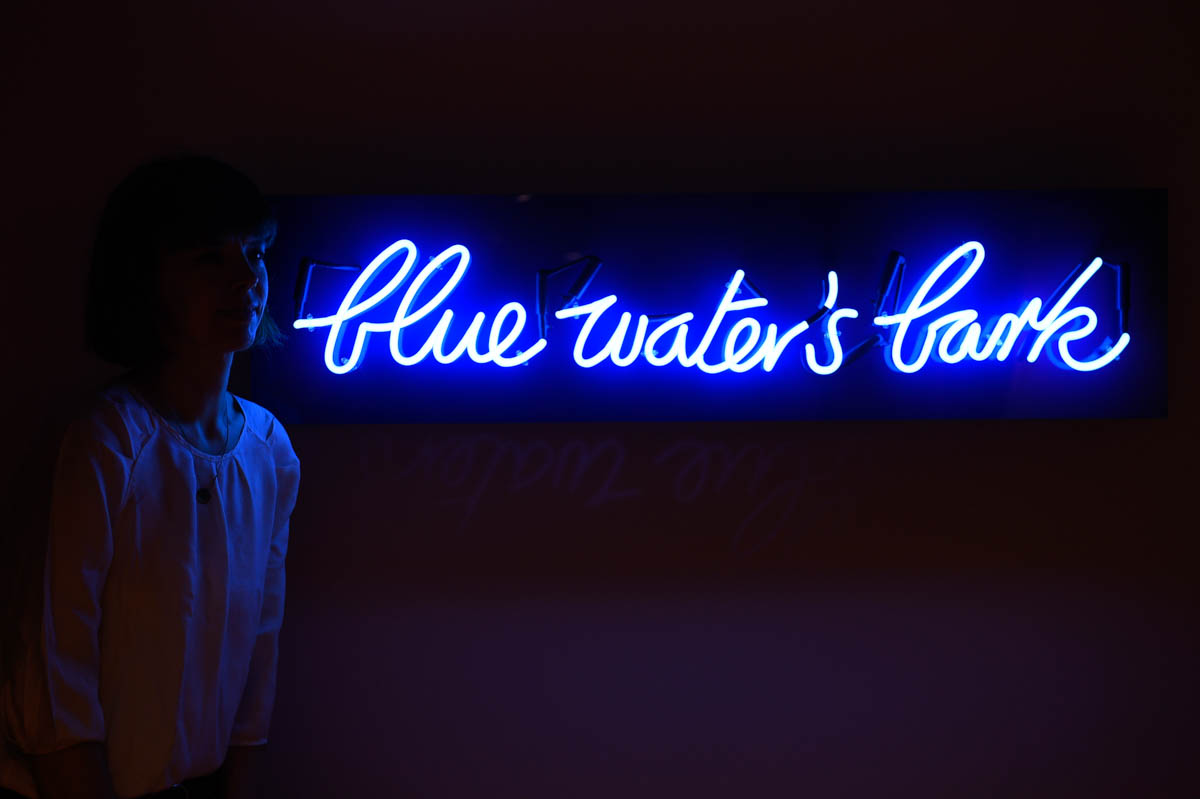 Market Street’s City Art Centre presents Marine, a two-floor exhibition of artworks by Ian Hamilton Finlay (1925-2006). Finlay was an internationally renowned Scottish artist and Britain’s most significant concrete poet of the 20th century. Opening on 22 May, this major exhibition focuses on the maritime theme in his work. It was a central element of Finlay’s art, and one to which he returned throughout his life.

Drawn from the artist’s estate and the City Art Centre’s collection, and including loans from the National Galleries of Scotland, Marine: Ian Hamilton Finlay showcases artworks from across several decades, ranging from stone, wood and neon sculptures to tapestry. The show also features prints, postcards and booklets from Finlay’s Wild Hawthorn Press, capturing Finlay’s interest in nautical themes across a variety of media.

On show, alongside Marine: Ian Hamilton Finlay, will be photographs from the series Ian’s Fleet by Robin Gillanders, which the City Art Centre has recently acquired for its collection. This sequence of seven black and white photographs capture a fleet of wooden model boats made by Finlay, floating on Lochan Eck, the pond at Little Sparta. Little Sparta is the garden at Stonypath, in the Pentland Hills, where Finlay lived and worked for 40 years and is now considered one of Scotland’s greatest 20th century artworks.

The show is accompanied by an exciting events programme and a catalogue with an insightful essay by Stephen Bann, CBE, Emeritus Professor of History of Art, and Senior Research Fellow at Bristol University. Marine: Ian Hamilton Finlay has been co-curated with Pia Maria Simig, Executor of the Estate of Ian Hamilton Finlay, and is presented as part of the Edinburgh Art Festival 2021 and Scotland’s Year of Coasts and Waters 20/21.

To coincide with the City Art Centre’s exhibition, the Scottish Poetry Library presents a small display of works by Finlay, drawn from its archive. From Sea to City: Ian Hamilton Finlay runs from 25 May to 9 October 2021.

City Art Centre Curator Maeve Toal said: “The marine theme was an early source of inspiration for Finlay and continued to be a recurring influence throughout his life. Indeed, boats proved to be an inexhaustible subject. Taking its title from the earliest work in the exhibition, Marine (1968), this show brings together artworks which span Finlay’s entire artistic output, stretching from the 1960s through to the 2000s.”

Councillor Donald Wilson, Edinburgh’s Convener of Culture and Communities said: “We are delighted that the City Art Centre is able to showcase this extensive exhibition of works by Ian Hamilton Finlay. Finlay was one of the most versatile artists of his generation. With the assistance of collaborators, Finlay translated his ideas into artworks in a wide range of media. I am sure visitors will be inspired by this diverse body of work.”

Councillor Amy McNeese-Mechan, Edinburgh’s Vice Convener of Culture and Communities said: “We’re all very much looking forward to welcoming visitors back when we reopen this weekend and this is another fantastic exhibition to look forward to. Marine promises to be a fascinating exhibition and visitors can also enjoy the accompanying programme of events which includes special tours, family craft sessions and talks by Findlay’s collaborators.”