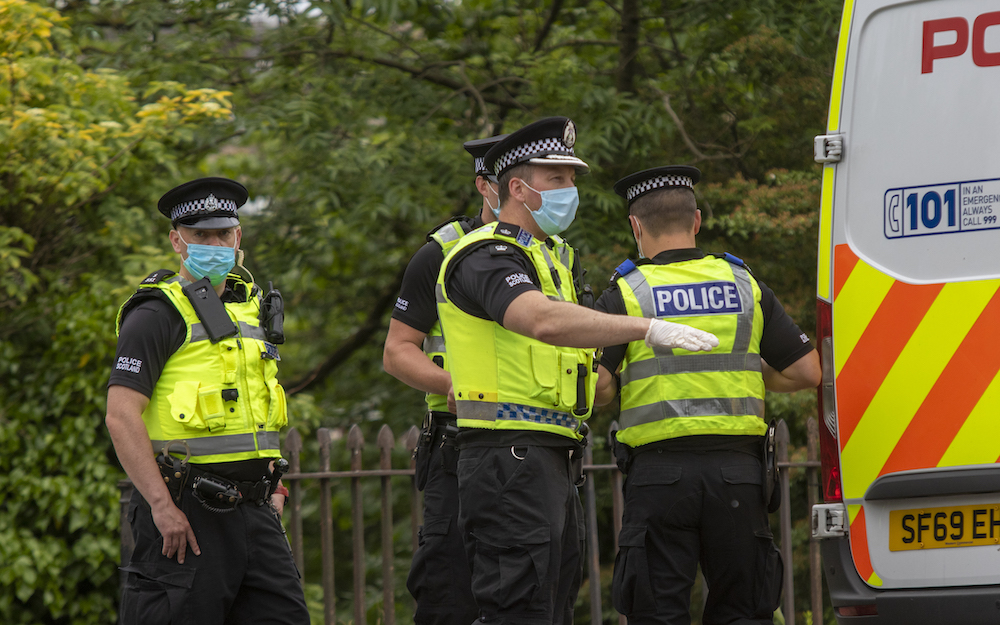 This year there has been a total of 6,942 recorded assaults on police officers and staff, 413 more than the year before, an increase of 6.3% year on year.

Reported assaults are also up 18% on the five year average, continuing a long-term trend of increasing assaults against the police.

The 1,087 reports were identified by searching cases for keywords relating to coronavirus such as ‘spit’, ‘cough’ and ‘Covid’.

Deputy Chief Constable, People and Professionalism, Fiona Taylor said: “Officers and staff stepped-forward to help combat the spread of the virus, conducting in excess of 120,000 interactions with members of the public to explain rapidly changing guidance, encourage everyone to do the right thing and enforce the law where required.

“I am grateful to the vast majority of people who responded with remarkable co-operation and support for their police service.

“Officers and staff work with dedication and a commitment to helping people and violence and abuse against them is utterly deplorable and unacceptable. It is not simply part of the job and will not be tolerated.”

Police Scotland has brought additional focus to tackling the concerning issue of violence and abuse against officers and staff under the Your Safety Matters initiative, led by DCC Taylor.

The initiative, in which staff associations and unions are represented, contributed to the development of the Chief Constable’s Assault Pledge, backed by the Lord Advocate and the Cabinet Secretary of Justice.

The pledge was launched in August 2020 and promised to provide appropriate support to colleagues where violence occurs, as well as calling on wider society and the public to support policing.

During the last year, Police Scotland has established an enhanced Operational Safety Training programme which increases the annual refresher course from one day to two days and introduces new techniques and de-escalation tactics.

New guidance for officers and staff has also been published to support better reporting of health and safety incidents and assaults.

DCC Taylor said: “Tackling the concerning trend of increasing assaults on officers and staff is a priority for Police Scotland.

“It causes physical and psychological harm to dedicated public servants. There is also a cost to the public purse through days lost to ill-health or personal injury claims.

“We will continue to work to better understand how we prevent violence and abuse against officers and staff, what impact it has on our colleagues, and how we can better support them to do their job.”

Police Scotland recently asked for public views on armed police officers using Body Worn Video cameras to record certain incidents. Almost 9,000 people took part in that survey and the majority thought the use of BWV would increase trust and confidence in the police and make them feel safer.

This positive response means Police Scotland  will now equip armed police officers with body worn video cameras this year. In addition, they expect to start a national consultation with the public in the summer about providing BWV cameras to more officers and staff right across Scotland.

The force have improved their infrastructure to support more take-up of existing Taser provision and are engaging with partners and elected representatives about plans to increase the numbers of Specially Trained Officers equipped with this important safety kit.

Focus on the critical issue of officer and staff safety will continue in 2021-22 and further details will be released as progress is made.