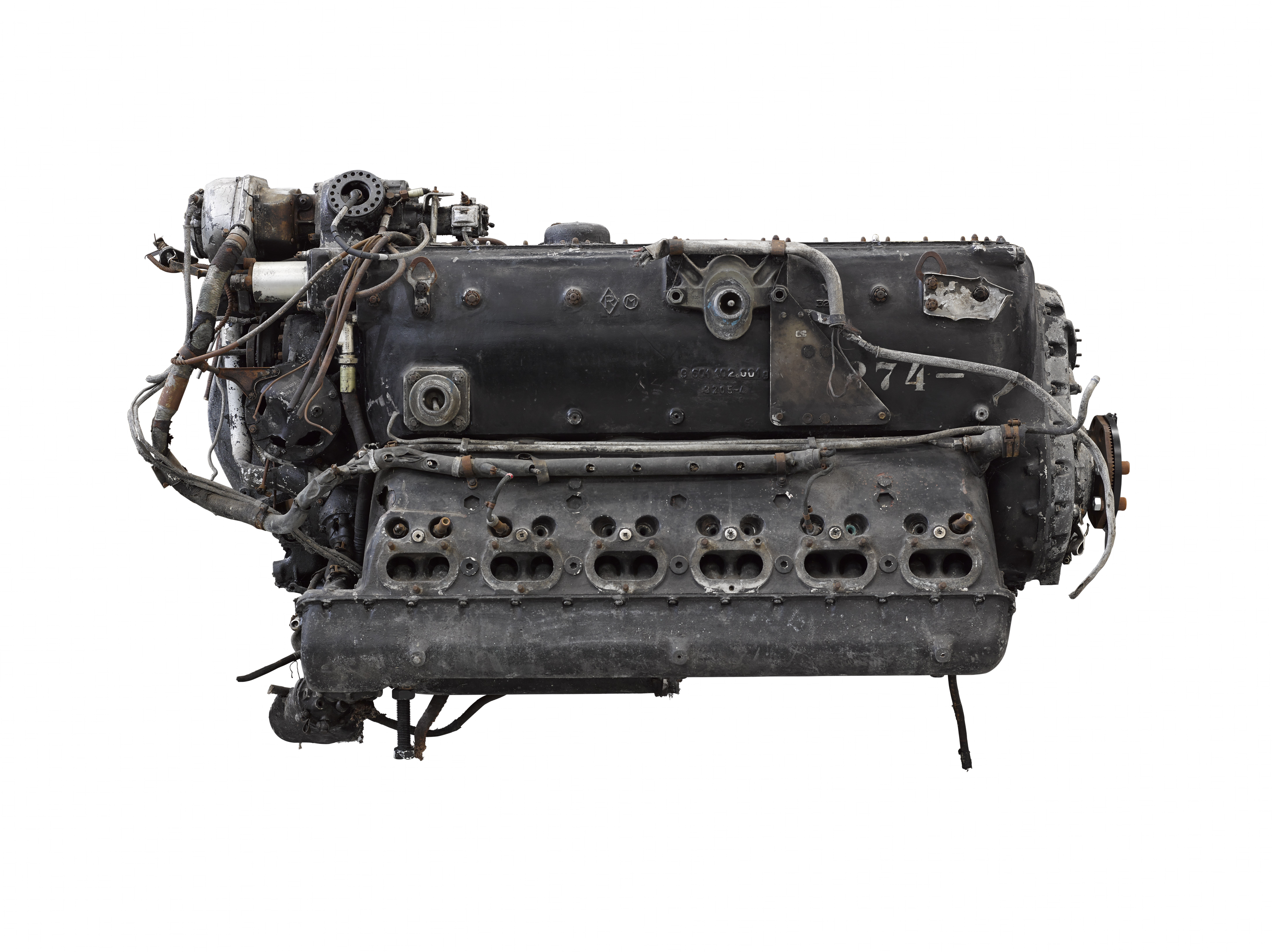 Today marks the 80th anniversary of a key moment in the history of one of the most unusual objects on display at The National Museum of Flight.

On 10 May 1941, a plane flown by the deputy leader of the Nazi Party, Rudolf Hess, crash-landed in East Renfrewshire.

Fast-forward through 80 years of mystery and conspiracy to 2021, where one of the Messerschmitt Bf 110’s engines is on display in the Museum’s Military Aviation hangar, on loan from the board of trustees of RAF Museum.

Rudolf Hess, Hitler’s right-hand man, was rumoured to be flying to Scotland to meet the Duke of Hamilton after the pair originally met at the 1936 Berlin Olympic Games. Some experts believe that Hess was acting independently to initiate peace negotiations between the UK and Germany, while others questioned his sanity. However, when Hess’ plane crashed in East Renfrewshire, he was subsequently arrested and later convicted at the Nuremberg Trials, and the real reason for the visit was never uncovered.

Ian Brown, Assistant Curator of Aviation at the National Museum of Flight, commented: “80 years ago to this day Rudolf Hess’ aircraft appeared in the skies above Scotland, before crash-landing in the East Renfrewshire countryside.

“Rumours suggest that Hess hoped the Duke of Hamilton would help him achieve peace between Germany and Britain, and some believe that more secrets may come to light on the 100th anniversary of the incident, when official files are no longer closed. However, what we can be certain of is that we are fortunate to display an object from one of the most unusual events of the Second World War.”

Steve McLean, General Manager at the National Museum of Flight, added: “The engine belonging to the aircraft carrying Rudolf Hess is one of the most thought-provoking items on display at the Museum. It is a popular object due to its rich history and we love sharing with our visitors details of the mysterious events that unfolded that day 80 years ago.”

In line with Scottish Government guidelines, a range of measures have been put in place to ensure the safety of visitors and staff. This includes pre-booked timed entry, face coverings, enhanced cleaning, sneeze screens, hand-sanitising stations and one-way routes.

The latest information and guidance on how to visit all museums can be found on this website:

National Museums Scotland has been awarded the UK-wide, industry standard “We’re Good To Go” accreditation. This means the museums have followed Government and public health guidelines, have carried out Covid-19 risk assessments and have the appropriate processes in place.