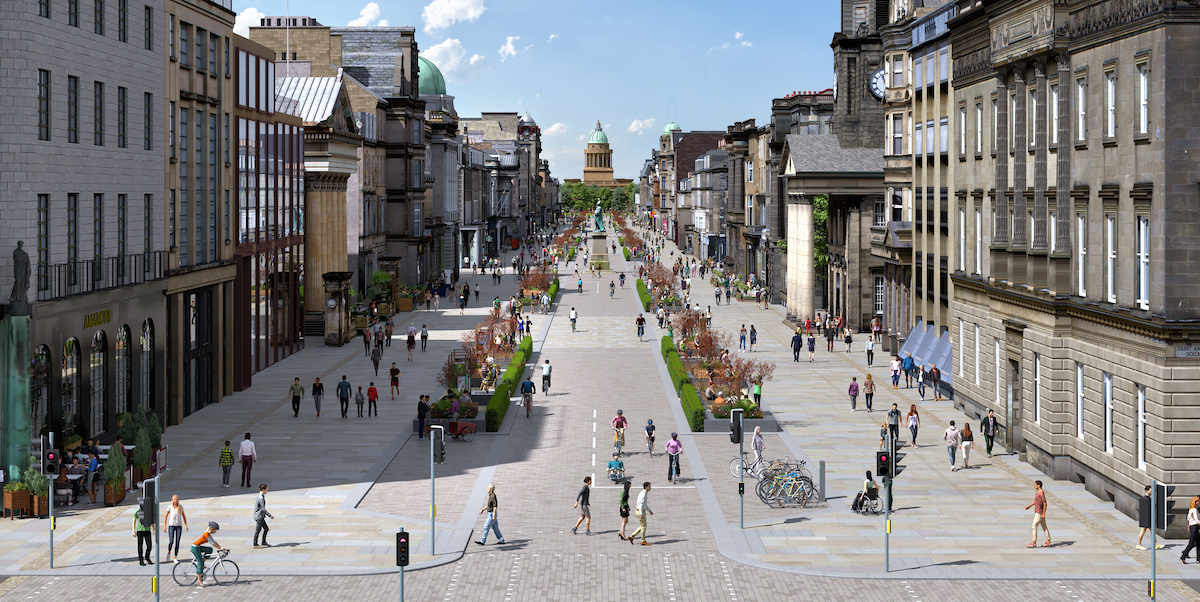 The council’s plans to transform George Street have been welcomed by two thirds of those who responded to a recent survey.

The 650 people who responded also commented on the way the streets open spaces might be used for public art, community events and small markets.

One of the key issues raised during recent discussions about the project is the need for more trees on the street, and the council is to look at this again. Feedback also drew attention to possible changes to the times when businesses can have goods delivered and also possible evening access for taxis.

The council also consulted organisations such as Living Streets, Edinburgh World Heritage and Edinburgh Access Panel who have been broadly supportive of the plans to radically alter the main city centre street with wider pavements and landscaped areas for play and relaxation. The plan is to largely remove any vehicular traffic, making the street people friendly.

Councillor Lesley Macinnes, Transport and Environment Convener, said: “These concept designs for George Street build on years of engagement with local people, businesses and active travel and mobility organisations, so I’m delighted with the positive response we’ve had from these very groups, along with the general public.

“Our vision for this street is a relaxed, open and accessible space, where people want to spend time, visit local shops, restaurants and cafes and enjoy the unique historic setting. Feedback so far has demonstrated that our plans will encourage people to do just that, as well as choosing to travel there by foot, bike or public transport.”

Councillor Karen Doran, Transport and Environment Vice Convener, said: “It was really exciting to see plans for this iconic part of the city brought to life earlier this year, and I know lots of people enjoyed watching the animated videos and imagining how they could enjoy the street in future. Now, thanks to feedback gathered over recent months we’ll be able to refine designs before moving forward with the project and delivering the many benefits it will bring.”

The council’s Transport & Environment Committee will next discuss the project in June, and it is expected that the statutory process for permissions to proceed could begin in the autumn, with building commencing in 2022.