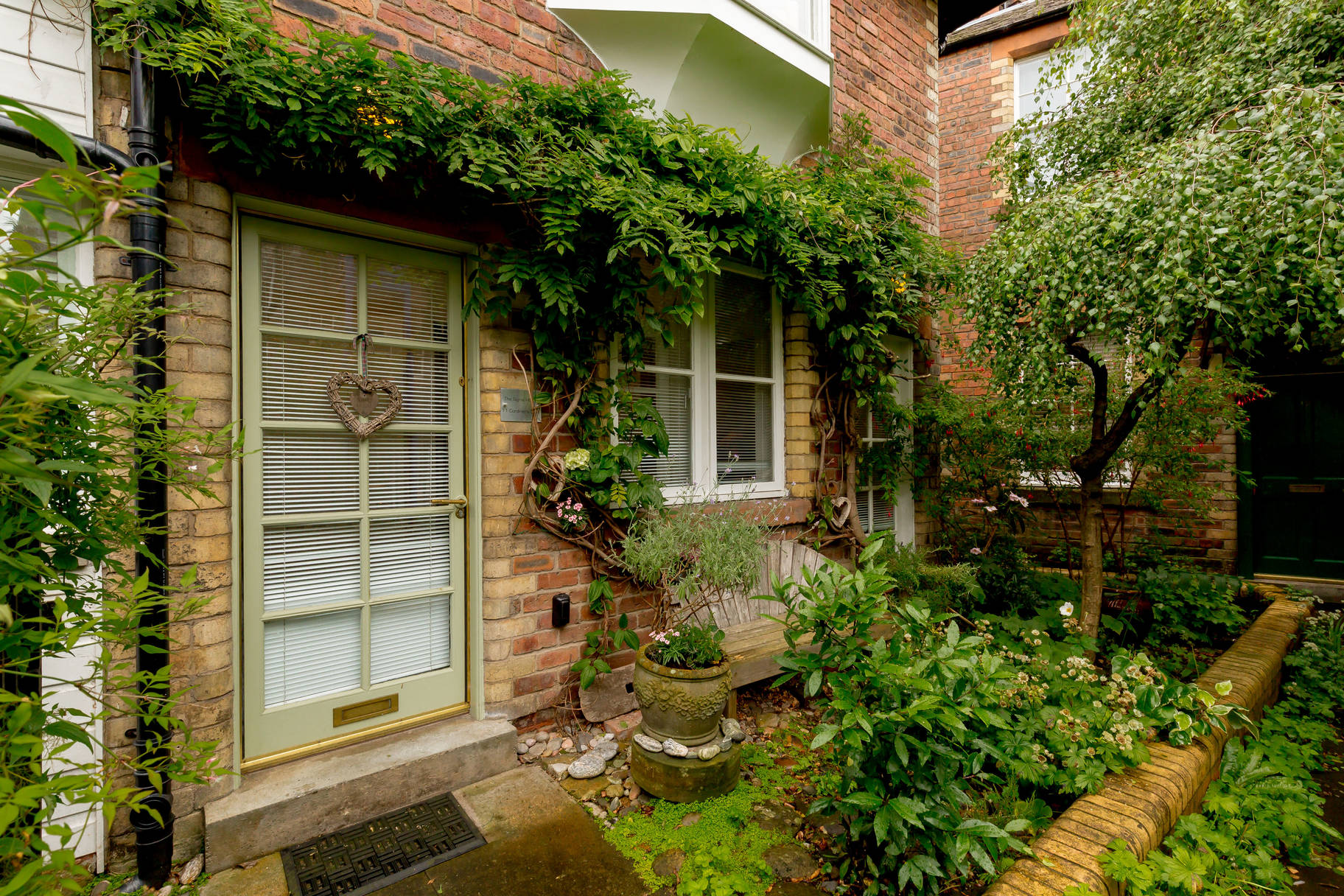 Expert who helps screen stars make a sound impression is selling her haven.

An Edinburgh-born actress and internationally recognised dialect coach is selling up her quirky haven in the capital.

Jo Cameron Brown has had a wide-ranging career from London’s West End, in shows such as Evita, Guys and Dolls and Liz Lochhead’s Perfect Days, to TV series like The Bill, Casualty, Judge John Deed, River City and most recently, playing David Tennant’s mother in the series, There She Goes.

The local has also built up a global reputation as the go-to coach. Jo has helped film stars such as Antonio Banderas, James McAvoy, Sally Hawkins, Vanessa Hudgens, and Tilda Swinton master the many accents and vocal styles needed to portray the most convincing characters.

During the 40 years of her globetrotting career, she has kept herself grounded by always returning to her “oasis” in Edinburgh – a beautiful detached cottage hidden away in a secret courtyard in the city’s Old Town.

Now Jo is selling up her unusual home, known as The Signal House – with help from Edinburgh based Simpson & Marwick – and hopes it will bring the same happiness to its new owner.

She said: “When I was looking for a home I wanted somewhere that was in easy walking distance of every main theatre in Edinburgh. I couldn’t have dreamed that I would find somewhere so perfect.

“I thought I might be able to find a flat that would fit the bill, but didn’t for a moment think that, for the budget, I’d be able to get a detached home with its own garden and amazing views of Edinburgh Castle. It really is a remarkable setting.”

Amazingly, the one-bedroom Signal House sits in Edinburgh’s West Port, tucked away in a hidden and peaceful courtyard.

The cottage itself is a stone-built detached home with private patio garden at the front. Inside it is a beautiful and modern home, with a large double bedroom. However, possibly its most eye-catching feature is a living dining area with stunning views of nearby Edinburgh Castle.

Jo added: “The signal house has been my haven for around 11 years and I’m truly sad to be letting it go.

“One of my absolute favourite features is the open planned dining and living room on the second floor. It has these large bay windows with incredible views to the castle.

“Another of my favourite spots is the private garden. It is amazing to have your own private green space in the centre of Edinburgh, and I’ve spent many days and sunny evenings sitting there watching the castle and beautiful skies”.

The two-floor property has a large master bedroom, a spacious kitchen, and a stylish family bathroom with Scandinavian-inspired interiors throughout.

As well as a private patio garden to the front, The Signal House also has a shared courtyard garden and a parking permit.

Jo added: “The location is brilliant. Everything is on your doorstep or just a short stroll away. For theatre fanatics like me, the best thing has to be that all theatres in the city are within walking distance.

“It’s great to be so close to the hustle and bustle in the busiest part of a vibrant city like Edinburgh. But when you close your front door you are in complete peace and quiet – it truly is the best of both worlds.

“I have many happy memories from the summer months, like watching the fireworks go off at the Castle from my sofa, or nipping home for a cuppa between Festival shows.”

There are many theories as to why the property is named ‘The Signal House’. Jo believes the most likely origin is that the site lies on the next highest ground from the castle, so fire signals would be sent from the hill to warn of any impending danger.

The Signal House would receive a signal from the Castle and would pass another signal onto Blackford Hill and so on until the message had been shared around the city.

Katie Macdonald, Director of Property Sales at Simpson & Marwick, said: “We have been selling homes in Edinburgh for decades, so it’s not often we are surprised. However, the team here have all been amazed that such a quirky cottage is hidden away in a central location like this.

“The Signal House is an outstanding property – with easy access to everything the city centre has to offer, yet also an escape from the hustle and bustle of modern life”.

Simpson & Marwick traces its roots back to 1886. With 30 staff, the firm has offices in both Edinburgh and in North Berwick, East Lothian.