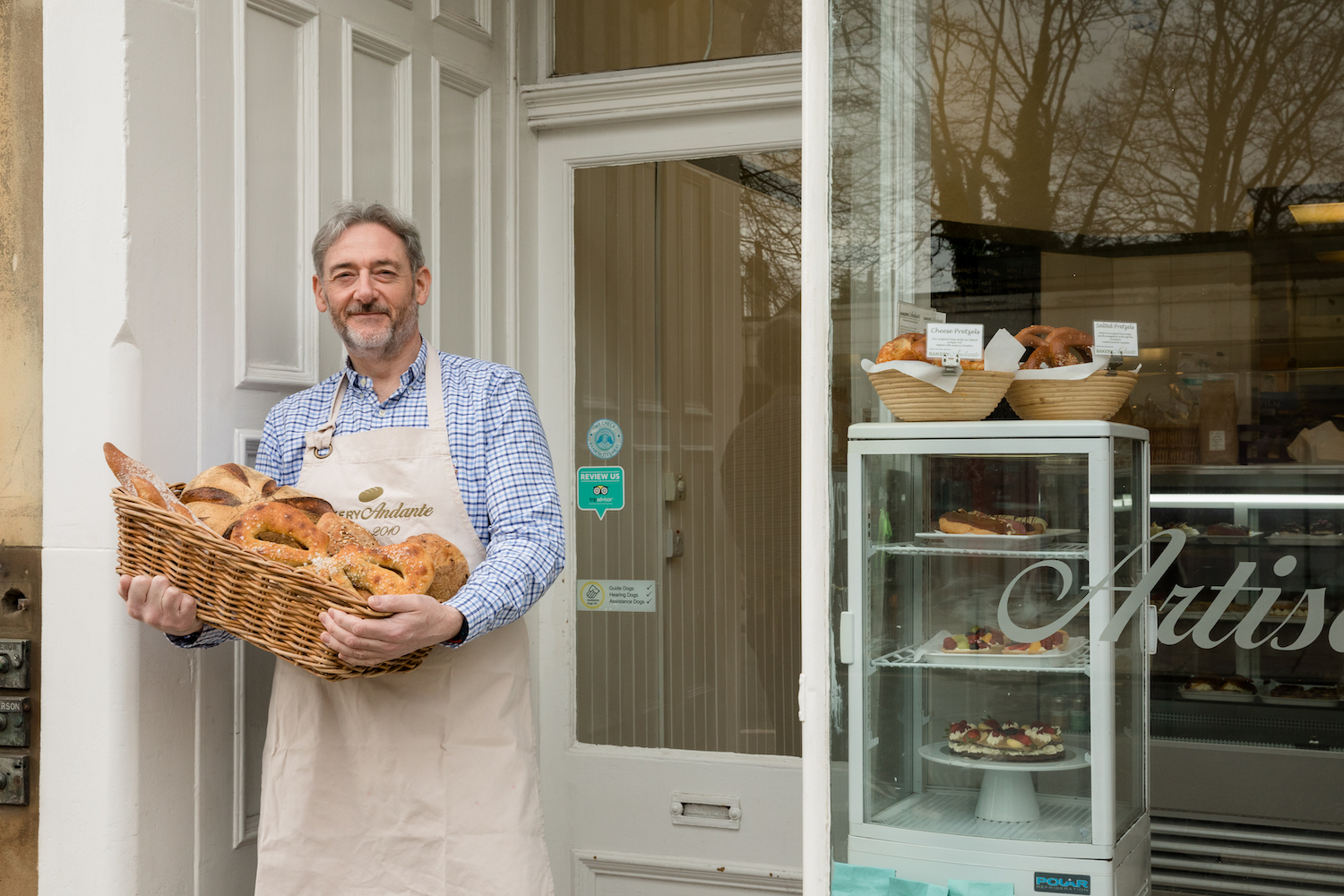 An award-winning artisan bakery is marking a decade since it first opened in Edinburgh with the release of a series of specially-commissioned illustrations from local artists.

Bakery Andante was launched after owner Jon Wood was made redundant from his role as a manager in a telecoms company. Ready for change, he made a decision to follow his passion and trained as an artisan baker, with encouragement and advice from industry leaders such as Scottish Bakers.

Jon’s vision was to create a neighbourhood bakery that sold real bread – authentic sourdoughs, focaccia, baguettes, croissants and more, all made using traditional techniques and without additives, enhancers or improvers. While much has changed, the original sourdough starter that gives Bakery Andante’s bread its characteristic flavour and texture is now 21 years old and still going strong.

In the early days Jon produced just 100 loaves daily, baked and sold from the small premises in Morningside Road. Ten years later his bread has won a reputation as some of the best in the city, enjoyed by customers throughout Edinburgh and beyond. Bakery Andante is a regular fixture at a number of markets, from Edinburgh Farmers’ Market to Portobello, Balerno and further afield to Stirling, and supplies hospitality and retail businesses across the city.

From a modest start, Bakery Andante now employs 30 members of staff and expects to hit £1 million turnover this year, with plans in place for continued growth. In addition to the original shop, the bakery expanded to a second premises in Leith in 2017 and is set to open its third site on Broughton Street later this spring, including the company’s first café.

Jon’s affection for the place where his business launched is clear – to mark ten years since first opening the doors, he has commissioned a series of illustrations which capture the essence of the little Morningside shop where everything began.

Looking back over the past decade, Jon says ‘When I launched Bakery Andante, there were very few other places offering real, long-proved breads. It’s been great to see the growing interest in baking and the appreciation our customers have for what we do. This is real slow food – it takes 2-3 days to develop the flavour and texture, and everything is shaped and moulded by hand.

“While we’ll have to leave birthday celebrations a little longer, I’m thrilled to reach this milestone and can’t wait to see what the next chapter brings. Our home delivery business, launched as a response to lockdown, is continuing to thrive, and opening our Broughton Street site is a really exciting next step to grow the business.”