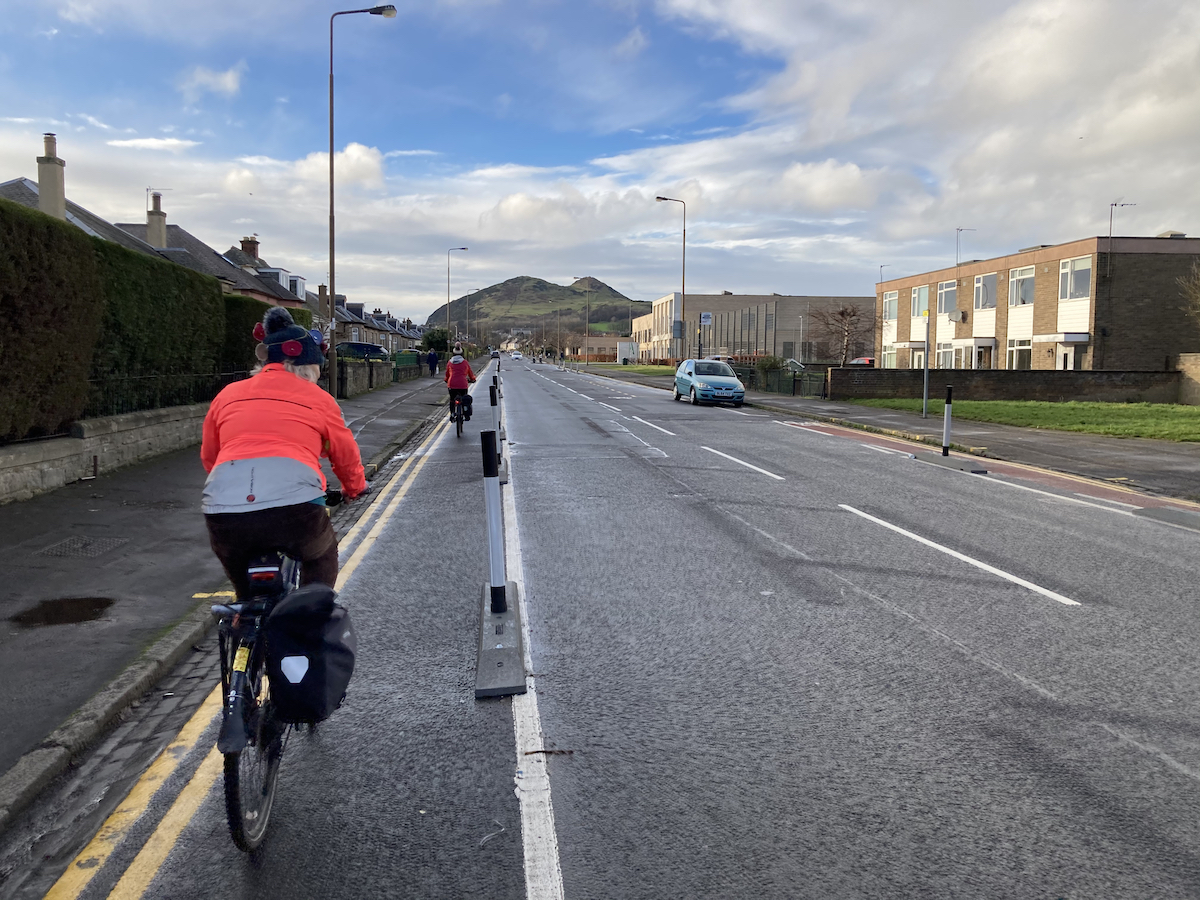 A new group, Better Edinburgh for Sustainable Travel (BEST), has been formed from several other organisations to support healthier, safer and more inclusive streets in the capital.

The organisation supports improved conditions for those wanting to walk, wheel, scoot and cycle around the city.

The groups believe that by making it easier and safer to move around the city sustainably, not only can the issues of road safety, air pollution, climate change and traffic congestion be addressed, but residents’ mental and physical health will improve as Edinburgh emerges from the pandemic.

The new coalition’s first key ask is to make Spaces for People projects permanent across Edinburgh, although they do advocate some design improvements. They say that these projects support Scottish Government and City of Edinburgh Council policies, and that there has been great deal of positive feedback to BEST and its members about the game-changing nature of Spaces for People.

Lynn Houmdi, a member of the public from Portobello, supports Spaces for People becoming largely permanent. She said: “We need spaces for families to spend time together for leisure, and for kids to learn and practice cycling and scootering. The Stanley Street closure to through traffic has been great for this. There is nowhere, other than parks and closed streets, to cycle safely with my young son on the road. I often end up on the pavement beside him. Despite living only a few minutes away, kids like him often can’t even cycle safely to their primary school. We need to stop pandering to the overall dominance of cars.”

East Edinburgh active travel campaigner Kirsty Lewin, member of BEST,  said:“The pandemic has had and continues to have devastating impacts on Edinburgh. It’s so important that people without cars and or those who prefer to walk, wheel or cycle, are able to move around safely and comfortably. Getting out and about to socialise with family and friends is vital for our mental and physical health.

“With the launch of Spaces for People, many more people are now able to enjoy their local spaces, support their local businesses, spend time on their local high streets, and cycle further afield on protected routes. When forming BEST we wanted to ensure that the voices of the people whose lives have been or could be enhanced by the schemes are heard, to ensure that the schemes are as inclusive as possible. BEST should be well placed to advise on how some schemes would benefit from improvements and enhancements so that even more people can take advantage of them.”

The new coalition aims to be a resource and network for those who are interested in campaigning to make their local streets safer. Its members are keen to hear from other local community groups, campaigning organisations, and individuals that support its goals of making sustainable travel easier and better for the people of Edinburgh. Membership is free.

Chris Young from Low Traffic Corstorphine, a member of BEST, said: “There is good evidence from surveys, reports and research that shows the people of Edinburgh want a city that is better for people who walk, wheel and cycle. We formed BEST as a response to that appetite for change and we would love to hear from some of the many people and groups across Edinburgh that support these goals too.

“Whether your local community group would like to see safer streets for children to play, you’d like to campaign for dropped kerbs and wider pavements, or your group is generally supportive of safer, more equitable streets then we’d love to hear from you. We can work together to create positive change where you live.”

All photos courtesy of BEST Edinburgh