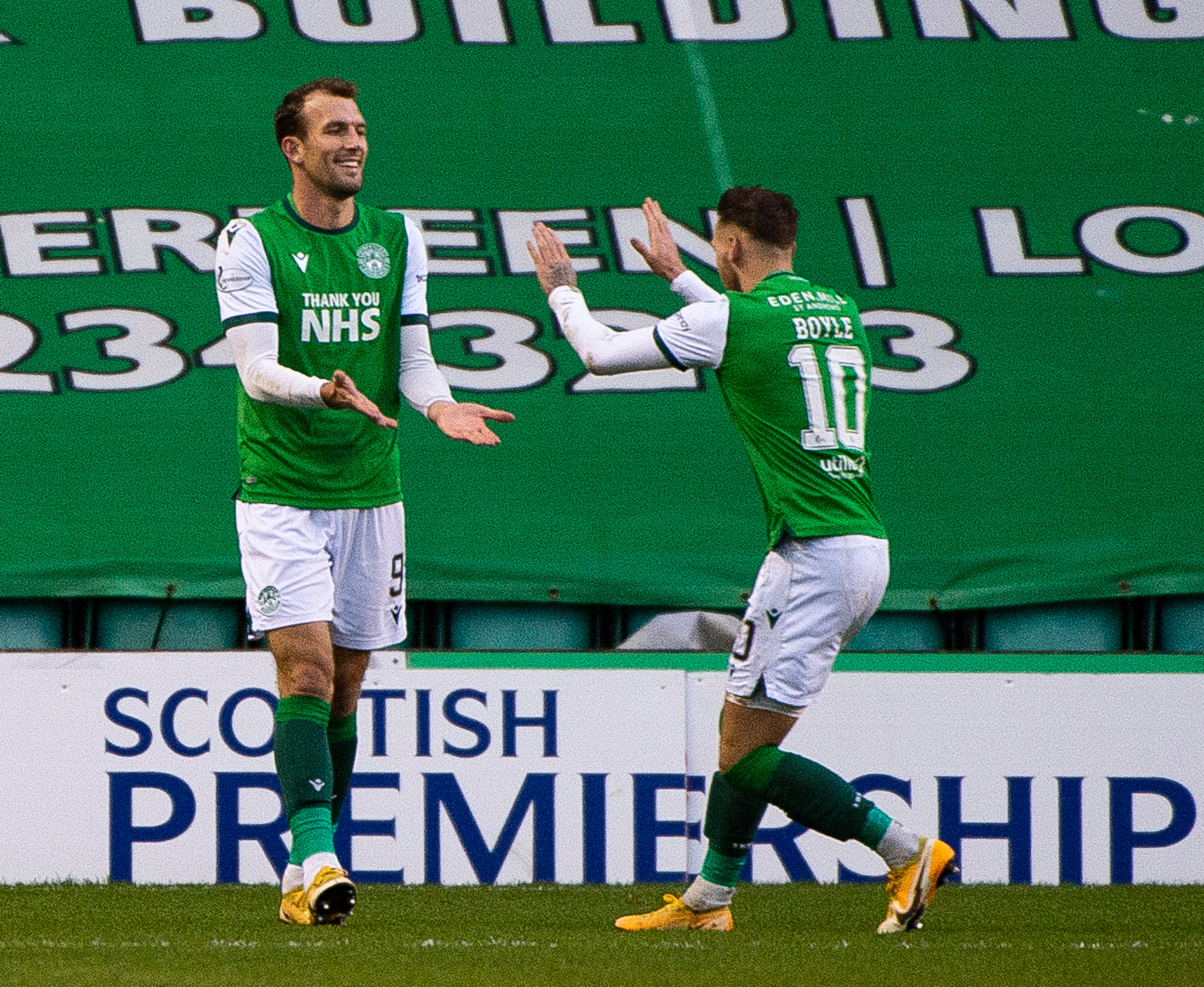 Hibs’ prolific strike trio, Martin Boyle, Christian Doidge and Martin Boyle all scored in Hibs comfortable victory over Stranraer on Sunday to take their goal-tally for the season to over 40.

Welshman Doidge opened the scoring late in the first-half after the Stranraer defenders were unable to clear a corner then Nisbet made it 2-0 with a deflected free-kick from 25-yards.

Socceroo Boyle wrapped things up with a superb half-volley after Nisbet’s header from Doidge’s cross rebounded off the post then added a fourth from the penalty spot after Ryan Porteous was fouled inside the area.

After the final whistle Boyle told BBC Scotland: “It was a great result and a great day for us. It’s a tough venue to come to and a potential banana skin but we came here with a game plan and stuck to it and we’ve got a good result.

“I followed up the second one but you have to be there to score them and Porto has done brilliant to win the penalty and I put it away but it was a tough performance out there.

“They are big physical boys and they wanted to put their authority on the game but luckily we got the ball down and managed to get the result.

“We knew it was going to be difficult and we had prepared for that all week. It can be tough on occasions but the pitch was the same for them as well and we just had to deal with it and I thought we did.”

Doidge added: “I’m very happy. As a centre forward you want to score and to get the first one today put us in at half-time in a good place and obviously after that we managed to get a few more and it was comfortable toward the end.

“These games are difficult. The ground is a lot different to what we normally are used to playing in and the surface is a little bit different but I thought we adjusted well and we have got very good professionals in the team and they showed that today.

“We have three games this week so it will be a difficult week but we just have to keep our head down and work hard and hopefully get another good result.

Nisbet added: “I was delighted but I probably should have had three match balls considering the amount of chances I had, but I’m just delighted to get on the scoresheet again.

“The most important thing was the win. Me Doidgey (Christian Doidge) and Boylie (Martin Boyle) all got on the scoresheet so it’s a win-win for everybody and we are in the next round.

“We’ve played against Motherwell a lot this season so it’s just about us really, preparing the way we usually prepare and basically implementing our game on them, but it’s a massive week for us and we have one ticked off and two to go.”

Hibs face Motherwell on Saturday night in the quarter-finals.