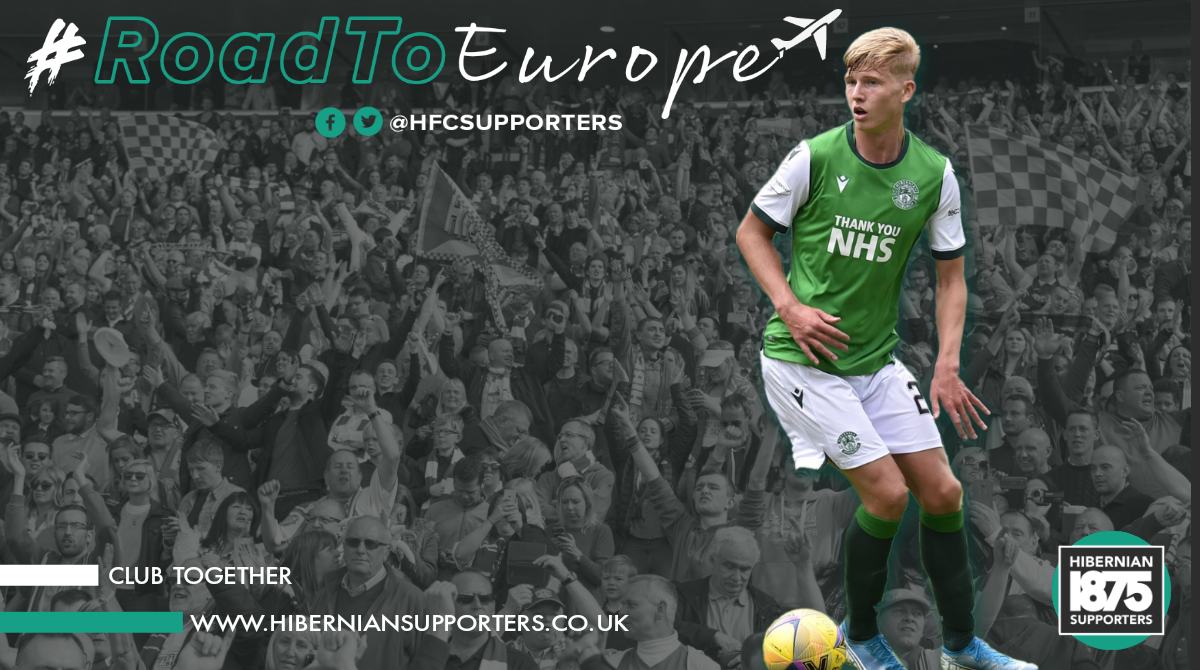 Fans’ group ‘Hibernian Supporters’ (HS) have confirmed that £23,995.68 has been contributed to the club throughout March, taking the total donations to more than £200,000 since the opening day victory over Kilmarnock in August 2020.

With fans unable to attend matches at Easter Road this season Hibs’ fans have collectively stepped up to the plate through record-breaking shirt sales, huge season ticket numbers and an average of over £25,000 being delivered to the club every month via ‘Hibernian Supporters’.

During these difficult times HS are keen to  remind all fans to only consider contributing funds that they will not otherwise miss.

HS say that they cannot thank each and every fan enough for their support this season and the club also extends its thanks to all members of HS once again for their additional backing.

As we look ahead to the final five Premiership fixtures of the season and the resumption of the Scottish Cup HS are delighted to launch their #RoadToEurope initiative as the Club push on to try and book our place in Europe next season.

After the success of January’s #Hampden100k drive, the latest campaign aims to raise awareness of the good work being done by fans and to encourage more to join HS in a push to increase the size of the membership before the end of the season.

Hibernian Supporters chairman Jim Adie is incredibly grateful for the support shown by fans over the course of a difficult season for us all. Hibs fans have backed the club throughout the last year and we are all hopeful that loyalty will be rewarded with European qualification.

“Since the start of the pandemic we have been blown away by the desire of our members and supporters to help the club through a difficult trading period with no fans in attendance at Easter Road.

“We have always said that we wanted to provide fans with a platform to help the club if they were in a position to do so and as we come to the end of the season we think it appropriate to reflect on a huge collective effort across the board which has given us a good chance of qualifying for Europe.

“We believe the last 12 months has shown the strength of the Hibernian support and we hope our #RoadToEurope initiative will encourage fans to consider coming on board as we all look to finish the season strongly and move into the summer with confidence.”