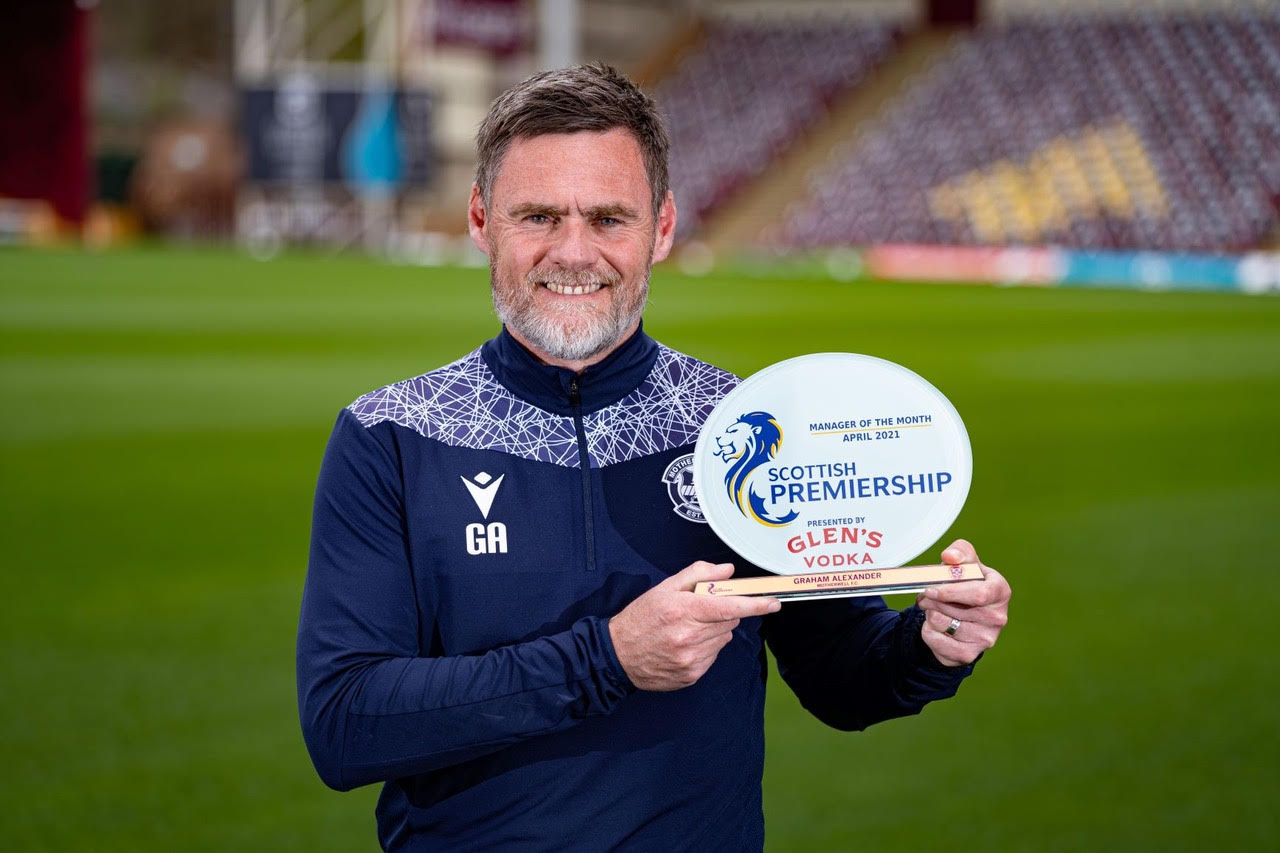 Motherwell’s  Graham Alexander has been announced as the Scottish Premiership Glen’s Manager of the Month for April 2021.

Alexander was the only Scottish Premiership manager to lead his side to maximum points in April, with Motherwell enjoying closely fought victories over St Mirren and Hamilton.

April’s Glen’s Manager of the Month award is Graham Alexander’s first since joining the club at the beginning of the year.

Colin Matthews, CEO of Glen’s owner the Loch Lomond Group, said: “It’s great to see Motherwell finishing the season on a high with Graham Alexander picking up his first Glen’s Manager of the Month award after his side picked up maximum points in April.

“Congratulations to him and his team and good luck to them for the remaining games.”

Alexander said: “I’m delighted to receive this award on behalf of all the staff and players at Motherwell Football Club.

“Their combined efforts have seen us win big games to secure our Premiership status.

“I’m proud of the commitment and togetherness everyone has shown over the last few months.

“I’d like to thank everyone who has contributed to those results and this award.”