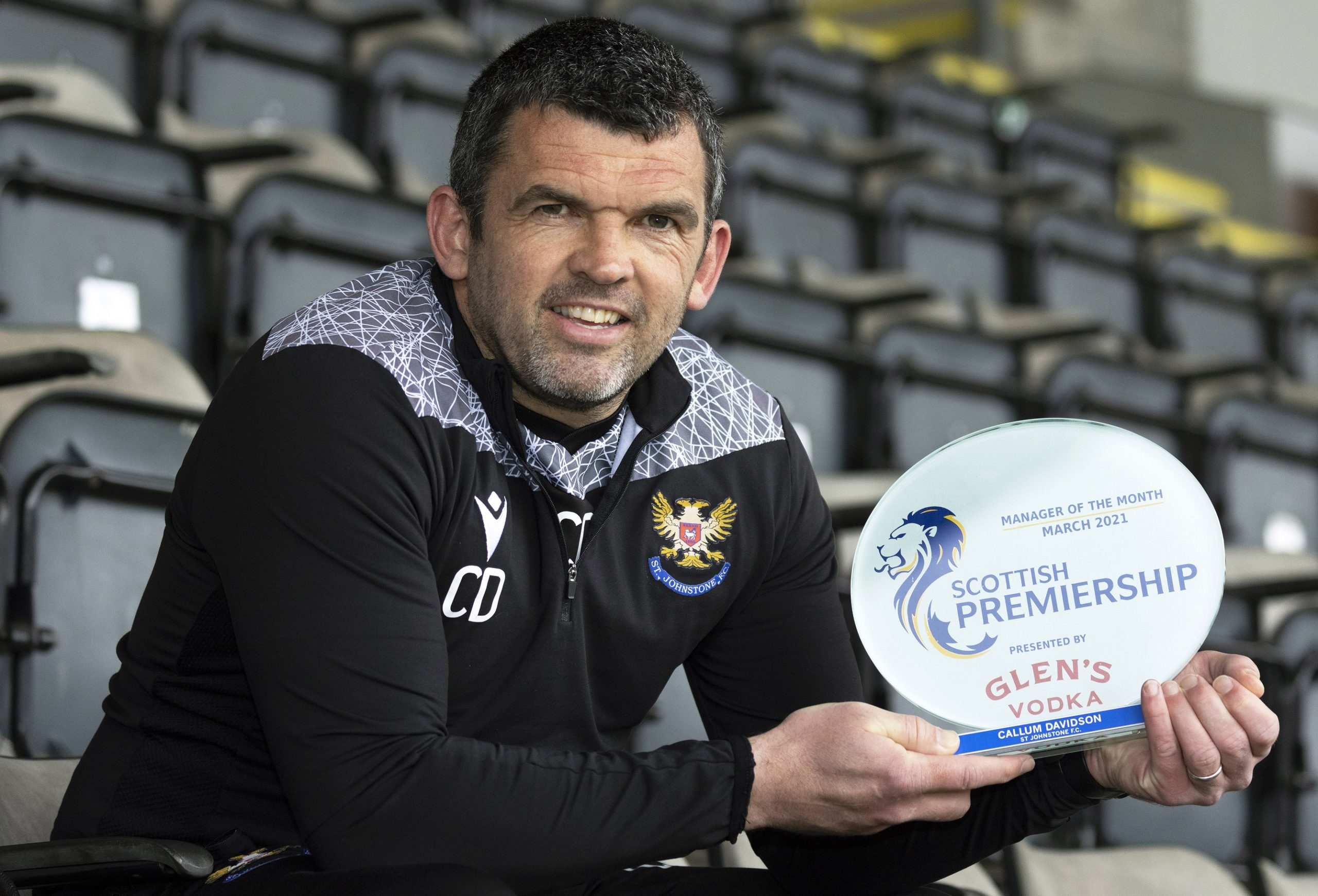 St Johnstone’s Callum Davidson has been announced as the Scottish Premiership Glen’s Manager of the Month for March 2021.

Davidson, who picks up his first Manager of the Month award for the 2020/21 season, led St Johnstone on an impressive charge to secure a top six position in the Scottish Premiership after winning the Betfred Cup at the end of February. The Perth side enjoyed league victories over Hibs and Ross County, and an away draw with Hamilton at the beginning of the month.

Colin Matthews, CEO of Glen’s owner the Loch Lomond Group, said: “Following St Johnstone’s deserved victory in the Betfred Cup final, the side has gone on to establish its position in the top six, making Callum Davidson a more than worthy winner of the Scottish Premiership Glen’s Manager of the Month award for March. My congratulations to him, his colleagues and his squad on the achievement.”

Davidson said: “I’m absolutely delighted to win the SPFL Premiership Manager of the Month award. I’m very proud. Credit to my backroom staff and the players for their efforts all season, but we have been particularly strong since the turn of the year. I appreciate all their efforts and the efforts of everyone at the Football Club. Our aim now is to push on and have a strong finish to the domestic season as we still have plenty to play for.”