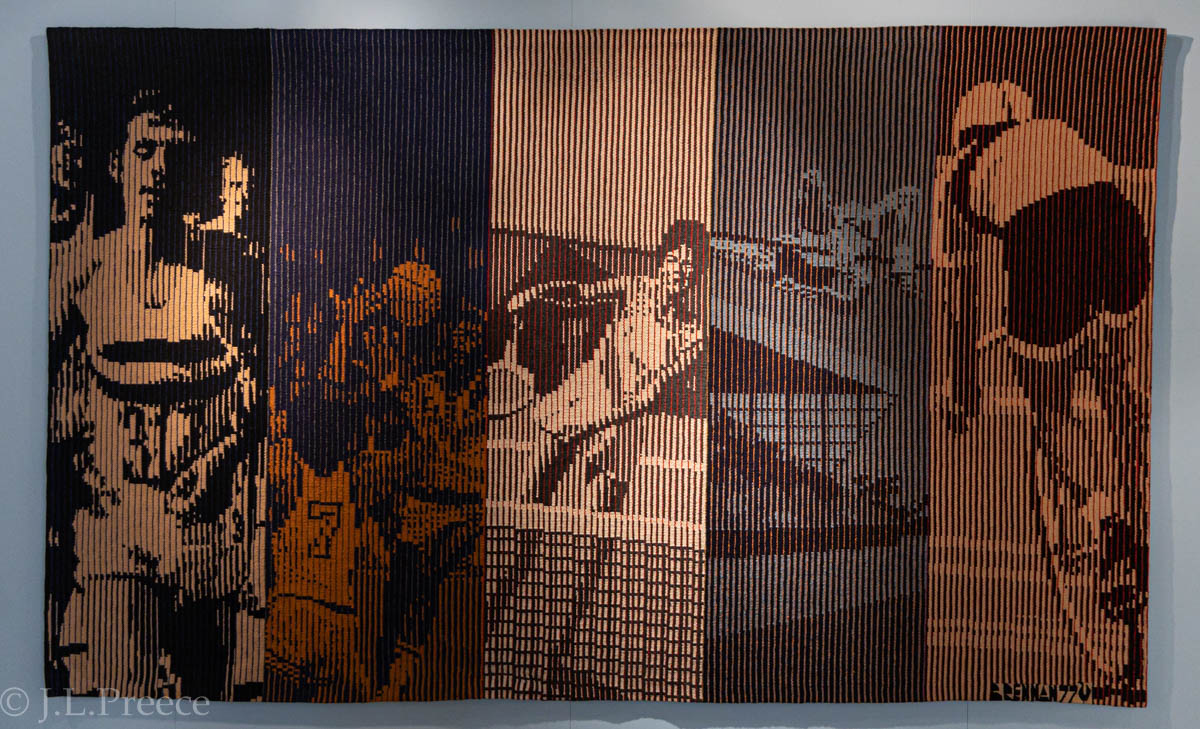 Pop artist, weaver, bodybuilder and former Mr Scotland, Archie Brennan changed the course of modern weaving and is considered one of the greatest unrecognised pop artists of the twentieth century. Unrecognised because he chose to work in tapestry.

‘Archie Brennan: Tapestry Goes Pop!’ tells the story of Edinburgh native Archie Brennan (1931-2019) in the first-ever major retrospective of his work. Bringing together over 80 tapestries and works, in a thematic exhibition exploring 60 years of prolific tapestry making, as well as archive material, this is a chance to delve into the world of a master of modern tapestry.

A number of the works in the exhibition have never been on public display.

Sharp, witty, and immensely talented, Brennan began his 60-year weaving career as an apprentice at Dovecot, before becoming Artistic Director in 1963. He was an innovator and iconoclast who inspired weavers all over the world from Papua New Guinea to Australia.

He dedicated his life to teaching and his influence on weaving can still be felt to this day.

What many don’t realise is that while Brennan was a leading force in twentieth century tapestry, he was also a central, and largely overlooked force in the development of Pop Art in Britain. Through tapestry, an output more often associated with stately homes, the court and monumental ecclesiastical works, he explored the key concerns of pop – ephemera, popular imagery and culture, and questions of value.

A fascinating component of Brennan’s engagement with Pop Art is his interest in celebrity culture and media representations of individuals. Throughout his career he was drawn to public figures such as Princess Diana, and boxer and activist Muhammad Ali. Often Brennan used small images cut from newspapers and magazines or sketched from the TV to translate pop culture imagery to tapestry.

One of the keystones of Brennan’s practice is the tension between high and low art, throwaway culture and the time intensive process of tapestry weaving. ‘Tapestry Goes Pop!’ gives a unique insight into this undisputed master of modern tapestry.

Celia Joicey, director at Dovecot Studios, says “Archie Brennan is the most significant tapestry weaver of the 20th century. We are delighted to be celebrating his life and work at Dovecot Studios in Edinburgh, where his career flourished. Through his innovative technique, international collaborations and his commitment to weaving as a fine art, Brennan’s legacy to contemporary tapestry is unparalleled.