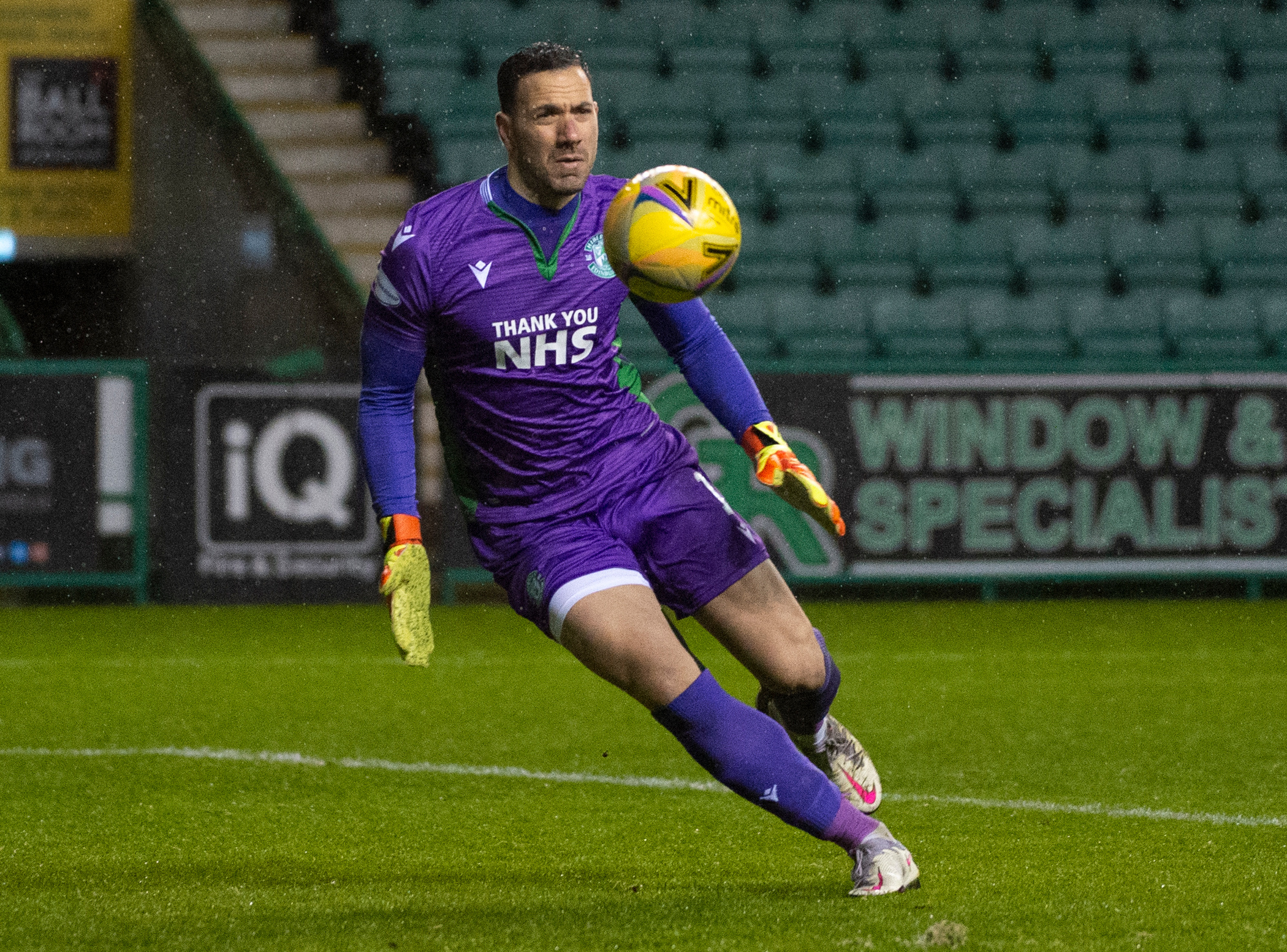 Following a hard-fought 2-2 draw against Austria on Thursday night, Steve Clarke’s side face a difficult task against a familiar opponent in the second fixture of this March triple-header. This will be the sixth time the two nations have met within just the last three years.

Israel who have Hibs’ goalkeeper Ofir Marciano (pictured) in their squad began their qualification campaign with a 2-0 home defeat against the top-seeded side in the group, Denmark, with Martin Braithwaite and Jonas Older Wind striking to secure all three points for the visitors.

Steve Clarke was pleased by a number of performances from the draw with Austria and  praised Norwich defender Grant Hanley after his important headed equaliser and all-round showing at the heart of a new look back three.

Che Adams made his first appearance in a Scotland jersey off the bench and showed flashes of his quality, whilst Scott McTominay picked up the man of the match award for his performance in the middle of the park.

The players came through Thursday night largely unscathed, so Clarke should have a full-strength squad to pick from.

While Israel won the last meeting between the sides 1-0 in Tel Aviv, Scotland can claim victory in the most important meeting, having triumphed on penalties in Hampden in October in the EURO 2020 Play-off Semi-final.

It was a terrific finish from Manor Solomon in the previous encounter back in November and Scotland fans will need little reminding of the night that secured a Play-Off final showdown with Serbia.

While that was a hugely important night, the manager and players are wasting no time looking back on previous results with all eyes on Sunday night.

Looking ahead to the weekend, Manchester United midfielder Scott McTominay expressed the hunger and desire within the squad to compete against anyone.

After his impressive performance in the middle of the park, McTominay explained the need for a healthy “arrogance” to exist within the team.

“We have a chance to go to Israel and really try and dominate them and play with an arrogance, a belief that we can dominate any team,” he said.

The match, kicking-off at 7.45pm, will be live on Sky Sports Main Event. The game will be available on Sky Go for subscribers and Now TV passes are also available to watch the game.