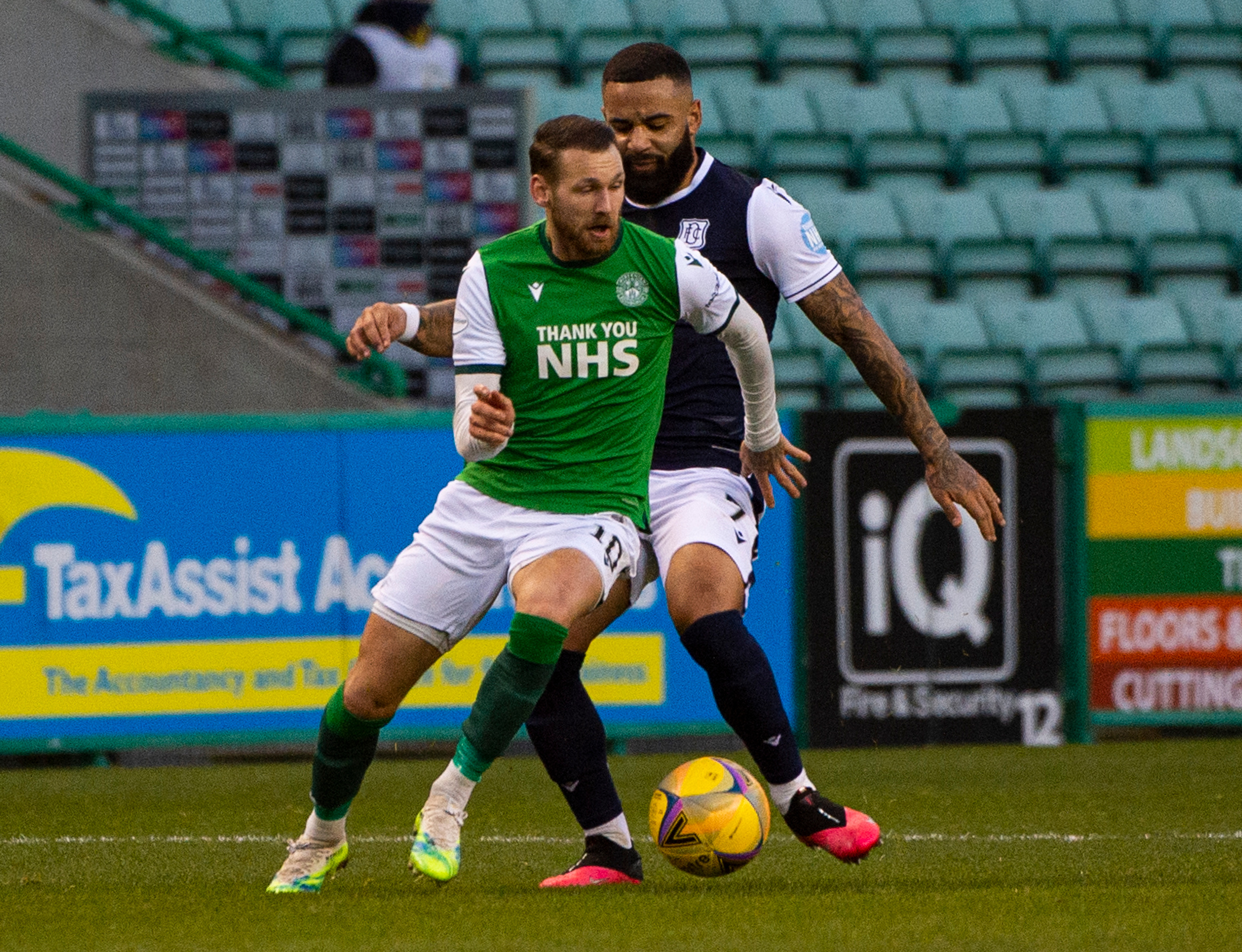 
Martin Boyle has rediscovered the form that won him international recognition with Australia, helping Hibs to third place in the table after overcoming the personal struggles that he and family members have faced since the turn of the year.

The popular winger turned striker missed the club’s January defeat at Ibrox after his father Graeme suffered a stroke but since then he has won the SPFL “Starman” for his two-goal performance against Aberdeen, bringing his tally to an incredible five goals and four assists in February.

The 27-year-old who signed a contract extension in in the summer despite being linked with a move to Stoke City, praised manager Jack Ross for allowing him time away from the club’s training facility in order to spend time with family, and his teammates for their understanding.

He said: “Trying to juggle football with the off-field issues has obviously been hard. The club have been brilliant and my wife and I have my daughter’s company to help but, at the same time, I know my dad would kill me if I allowed it to affect my performances on the pitch.

“He has been watching and I always phone him after the games. He is chuffed at the moment and I have been able to see him in these tough times which is good, but I am happy to be out there doing my business and glad he is on the mend.

“Usually the boys look to me to be the clown in the dressing room so it was good to see the other side of them for once. We actually do have some jokers in there. They all helped pick me up and I now feel I’m back to myself.”

Boyle also won the praise from Hibs’ legend and fellow right winger Mickey Weir, who said: “The best thing about Boyle is that he is adaptable. He plays wide right, he plays through the middle and personally that’s where I like him.”

“I always think that if you have a striker that can stretch defences, I think Martin is perfect for that.

“Most of the time he has been playing in the wide area but he has scored goals through the middle. He’s maybe not a natural finisher but in terms of causing defenders problems I think it’s a good option to have.”

Former striker Keith Wright, who netted 59 goals in a Hibs shirt, added: “I’m the same. I think with the players Hibs have got like Jackson Irvine and Joe Newell, they will be able to find him with the runs that he makes. They both have the quality to find him. He will get himself into a lot of scoring positions with his pace. In the game against Aberdeen, the composure he had to finish from Lewis Stevenson’s pass demonstrated his awareness.

“He’s great in a wide area and is a great outlet to have but I think he will score a lot of goals if they continue to play him there, especially if playing with big (Christian) Doidge as well, as he is a great foil for him.”
Martin is not the only family member to enjoy February success as wife Rachael was part of the Scotland squad that hammered Cyprus 10-0 away from home. 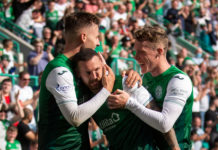 Boyle leaves Easter Road and heads for the sun