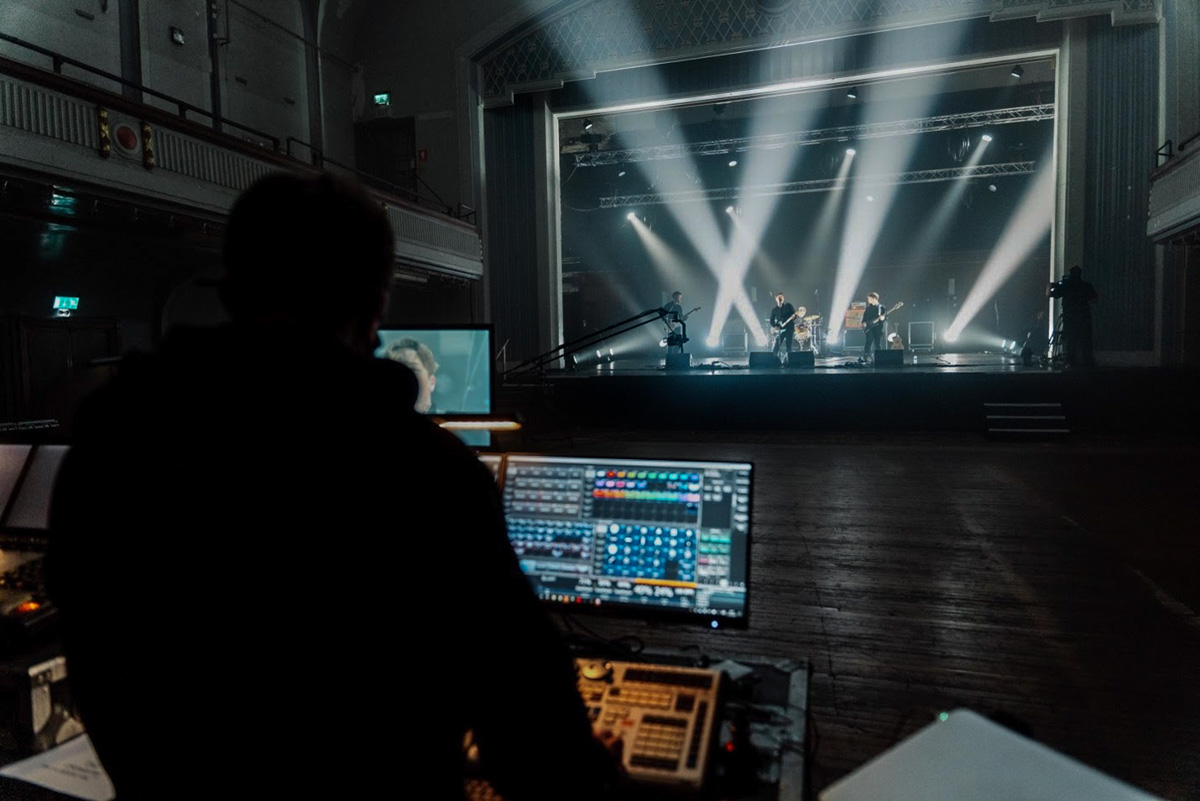 He picked up the harmonica aged 11 back when he was a regular on the Scottish open-mic scene, playing it on stage the same day that he had bought it. Connor was due to support Kaiser Chiefs last year.

He said, “I like a bit of reverb on my mics but you don’t even need to ask for it in here. It’s just a nice big hall.”

Edinburgh outfit Retro Video Club have been a band since 2015 but after a year spent refining their sound they took off on the local and then the national scene in 2017, selling out The Liquid Rooms twice, 3 nights at Sneaky Pete’s (a record for the venue) and the Assembly Rooms amongst others.

Retro Video Club’s Sam McGill said, “We’ve known about this venue for years and obviously it’s derelict so to be able to somewhat play it is good enough the now.

“To be honest I’ve never actually been in before. It just makes you want to play here. It’s like an academy…it’s kind of like the O2 Academy, it has that kind of vibe. We just need to have it.”

Their most recently released single ‘Checkmate’ came out this month. They have supported the likes of Bastille, The Vaccines and We Are Scientists.