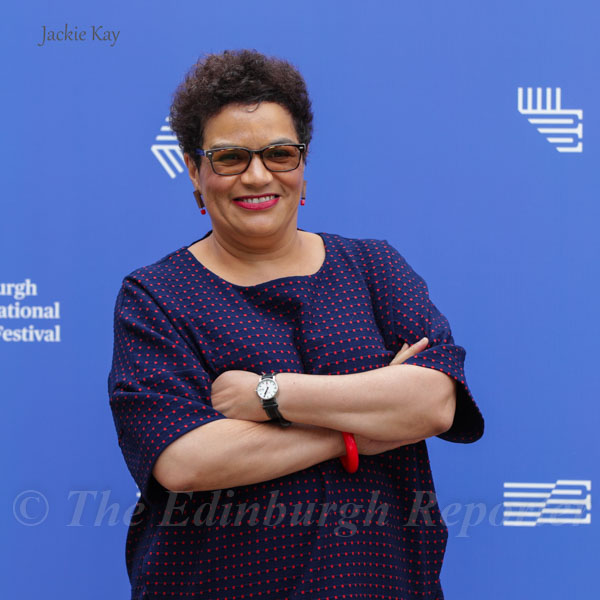 Jackie Kay’s tenure as Scotland’s national poet has come to an end after five years as planned.

Scotland’s third Makar – she succeeded Edwin Morgan and Liz Lochhead – described her time in the role as an “incredible journey”.

Ms Kay’s time as Makar included her reading Threshold at the opening of the Scottish Parliament in 2016, take up residency at Young Scot during the Year of Young People in 2018 and develop a digital project bringing poets and musicians to the public during lockdown.

Other highlights include a collaboration in 2020 called Fare Well which formed the centrepiece of Edinburgh’s Hogmanay celebrations and the lullaby Welcome Wee One which has featured in every Baby Box, more than 167,000, since the scheme launched in 2017.

Ms Kay also wrote The Long View partly in Gaelic, partly sung and partly in sign language, which was performed for the 20th anniversary of the Scottish Parliament. It was particularly powerful and you can watch it on this video here.

Her replacement will be announced in the coming months.

Jackie Kay said:”It has been an extraordinary journey these last five years and I’ve gained so much in terms of peoples’ love and interest in poetry.

“I’ve found out so many things about my country.

“I wanted to take poetry to unexpected places and I feel that I have achieved that. Up until the lockdown I was on and off boats, on and off trains, in and out of cars and  buses, travelling north, south, east and west, going to all sorts of different places I hadn’t been to before.

“It’s been a glorious, joyous, interesting ride to have been to every major city and to have been to so much of the Highlands and Islands, rural parts of Scotland. It gave me a real sense of the country and its changing attitudes to politics, to race to diversity and to poetry.”

“Jackie has made an outstanding contribution as Makar and helped widen the appeal of poetry to a broad and diverse audience both here in Scotland and internationally.

“The coronavirus (COVID-19) pandemic has brought unique challenges, but Jackie’s vitality, warmth and tremendous talent has helped to keep the role of Makar relevant.

“Her Fare Well Hogmanay collaboration was a memorable event which shows the universal appeal of poetry and her lullaby Welcome Wee One has been the first introduction to poetry for thousands of children.

“The legacy of Jackie’s tenure as Makar will be the enduring and positive impact she has had on so many, particularly the younger generation from her period in residence at Young Scot. She takes our best wishes for the future.”