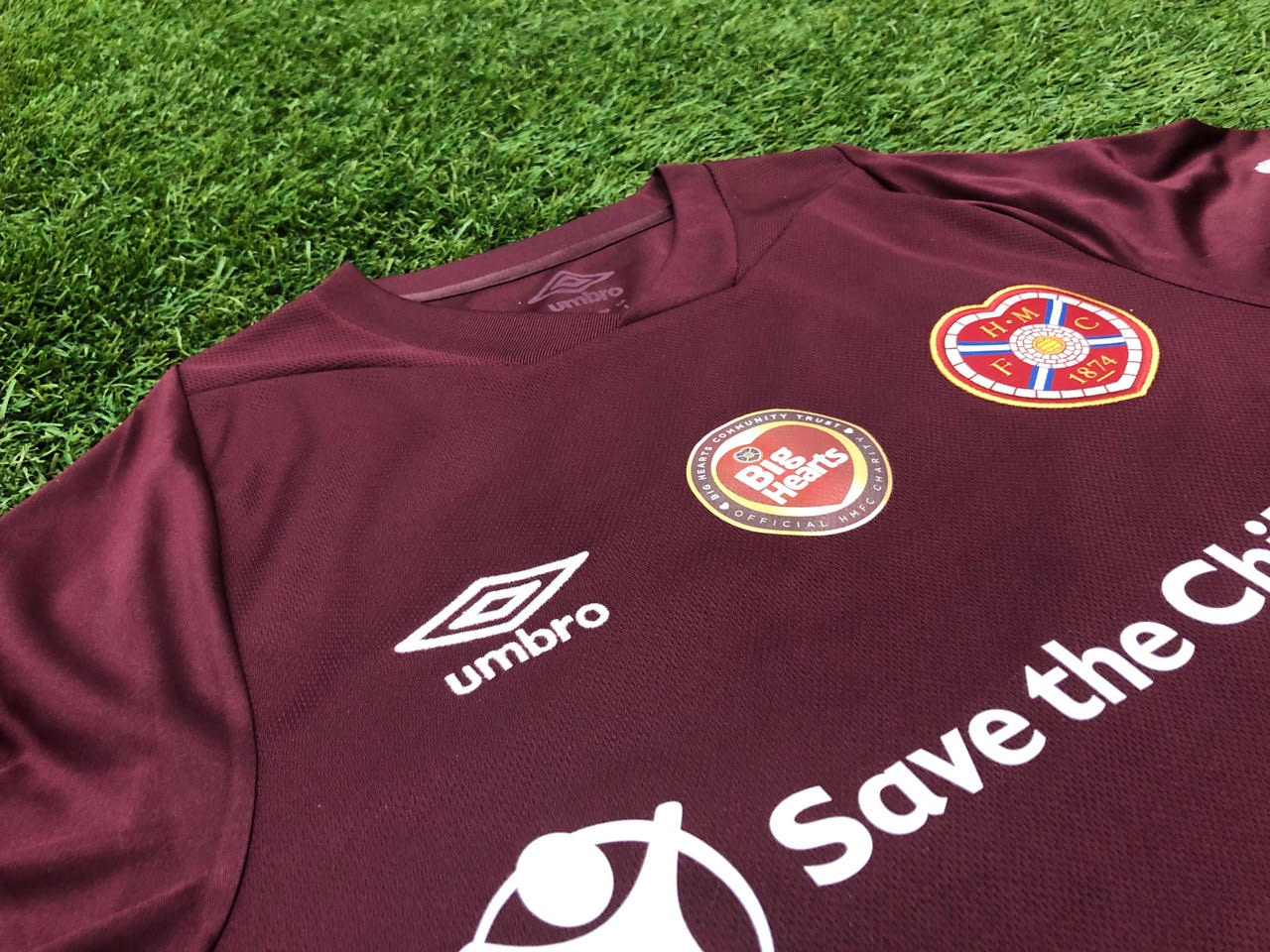 Hearts’ first team players will be proudly wearing the Big Hearts Community Trust logo on their home shirts on Saturday, a first in the club’s history

To mark the 5th Big Hearts Day at Tynecastle Park, the charity badge will feature alongside the Club crest during the Championship match against Queen of the South.

Big Hearts Day is the annual Hearts’ game recognising the non-profit’s achievements in the surrounding of Tynecastle Stadium and further afield.

In Gorgie, 35% of children are living in poverty. It is the highest rate across the whole city of Edinburgh. From the charity’s facilities within the Wheatfield Stand, Big Hearts uses the power of the game to create better outcomes for local school pupils and their families and works on other areas of needs, including social isolation of over 65s and men’s mental health.

The Big Hearts Supporters Movement is a leading light within the third sector and Scottish football, gathering thousands of Hearts’ fans volunteering to help others in need on behalf of their Club.

Craig Wilson, General Manager at Big Hearts comments: “Our successful partnership with the Club is based on strong family values and a proud record of community engagement. We are excited to see the first team players show their support on the pitch for the very first time this Saturday, on what will be our 5th annual Big Hearts Day at Tynecastle Park.

“At Big Hearts we believe in the power of football to change lives. Every week, hundreds of Hearts’ fans volunteer with our charity to support families most in need. We see this kind gesture from Heart of Midlothian FC as a tribute to their continued effort, particularly during the incredibly challenging past 12 months. A big thank you to all who have helped make this happen.”