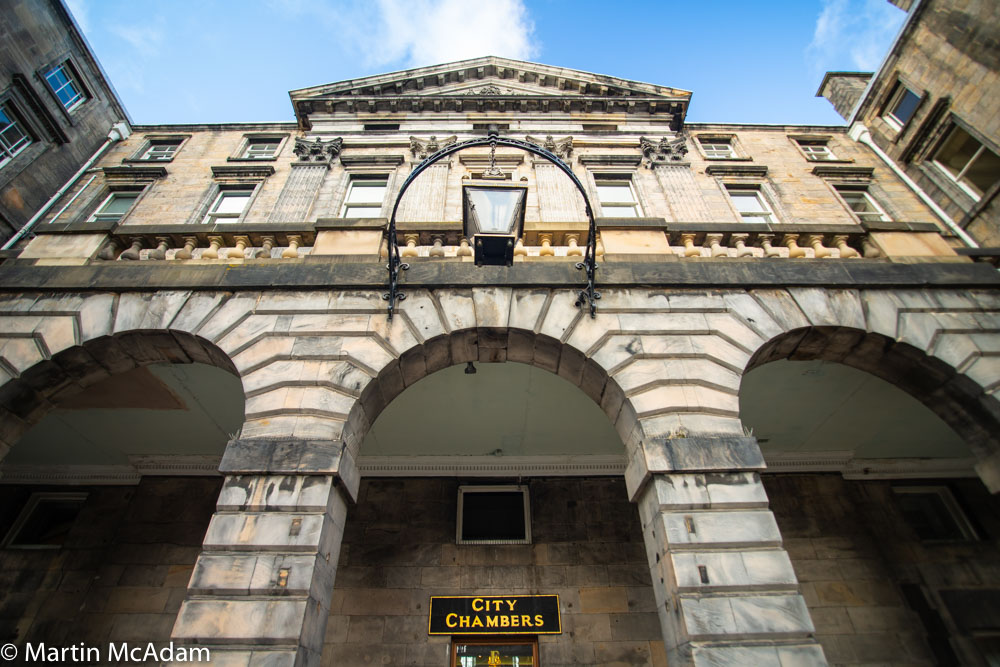 As we have reported previously the £45 million contract to renew the Princess Alexandra Eye Pavilion at Lauriston Place was cancelled by The Scottish Government last December.

The building is over 50 years old and NHS Lothian has deemed it not fit for purpose. Now councillors of all parties have agreed that they will seek an urgent meeting with Health Secretary Jeane Freeman and ask her to restore the required funding to replace the Eye Pavilion. Councillors are adamant that they should try to ensure that the specialist centre is retained in Edinburgh.

Cllr Iain Whyte Conservative Group leader said: “High quality treatment on the doorstep of the capital city and the unit of choice for trainees from all over the UK. Edinburgh is the only Scottish University with a clinical academic chair It is a jewel in NHS Lothian’s crown. Those are not my words obviously but the words of the former director Hector Chawla writing in The Scotsman about why the plans by the Scottish Government to remove funding to replace the eye pavilion are an act of vandalism.

“I think it is quite clear that we have a very special facility in the Princess Alexandra Eye Pavilion and we need to keep it. We need to keep it in Edinburgh because as a regional facility – and I don’t just mean for Lothian – I mean for the whole of South East Scotland It is far easier for people to get to when most travel and transport moves into and out of cities rather than round the periphery of regions. And that service is of course increasingly under strain and we have tried this morning to get some agreement on this across the council. We should be agreed that we support NHS Lothian in getting funding and we support NHS Lothian in bringing down the long waiting times for eye healthcare treatment that are growing her in the city and the wider region. We should be working with our partners on this and we should be saying to the Scottish Government that they made a promise in 2018 and we expect them to deliver on it.

“The promise was to provide a new building given the 50-year-old building is no longer it for purpose and it should be located at the new Royal Infirmary of Edinburgh at Little France so it can link up with other healthcare services. This is all about NHS Lothian getting its fair share of funding.It has been underfunded for a great many years.”

Thereafter councillors agreed to a composite motion which Labour councillor Lezley Marion Cameron moved. She said: “I think it is helpful that all councillors support making representations to the government about this decision. In the original Labour group motion we agreed we would want to see this done on an all-party basis.

“We are here to represent all of Edinburgh about everything that affects day to day lives. There is nothing more important than the health service and the wellbeing of our people.

“In terms of accessibility and equality of services it is vital that people have access that is affordable and is easy. As those of us who have had any trouble with our eyesight know, there is no time to spare. You need to get to that hospital quickly and efficiently. We have a centre of excellence that is world-renowned and we as a capital city for people living in the south east of Scotland depend on this facility. We need to stand up for Edinburgh.”

Cllr Adam McVey said he felt that all parties needed to get together on this as it would improve the position set out in the original two motions. He said: “It is hugely important for the city. Some of the criticism of moving a regional asset outwit the city centre are valid. It is important to have a united front on this.”

MSPs from various parties, including Miles Briggs MSP and Sarah Boyack MSP have called on the government to reinstate the contract and certainly not to proceed with any alternative plans to resite the facility in Livingston.

On Tuesday ahead of agreement on the Scottish Budget at Holyrood, Alex Cole-Hamilton MSP for Edinburgh Western said that the Liberal Democrats had secured over £8 million for Edinburgh including funding for the Eye Pavilion.

Alex Cole-Hamilton said then: “I am delighted that the Scottish Liberal Democrats have secured this extra money to help pupils across Edinburgh. Everyone deserves the best possible start in life and with this money we will provide more in-class support to children who need it. This funding is all the more needed as we’ve seen inequality widening during the pandemic and we must address this with urgency.

“Alongside the additional funds for education, and the vital increased investment for mental health, I am so glad we were able to shift the Government’s position on the future of the Princess Alexandra Eye hospital in Edinburgh. Many constituents had been very concerned at proposals to outsource treatment to Livingstone, leaving no treatment offered in the city centre. Whilst the replacement hospital is not yet a guarantee, I look forward to assisting in the discussions between NHS Lothian and the Government on this important project, in the coming months.

“At the forthcoming election Scottish Liberal Democrats will put the recovery first by focusing on the issues that affect people day in, day out. If the people of Edinburgh Western put their trust in me again by re-electing me as your MSP, I promise to stand up for education, jobs and mental health.”

Finance Secretary Kate Forbes did not put the funding back on the table. She said: “In light of calls for a replacement to the Princess Alexandria eye pavilion in Edinburgh, we have asked NHS Lothian to carry out a review of its eye care services and to reconsider how they should be delivered.”

The wording of the motion agreed by councillors was: