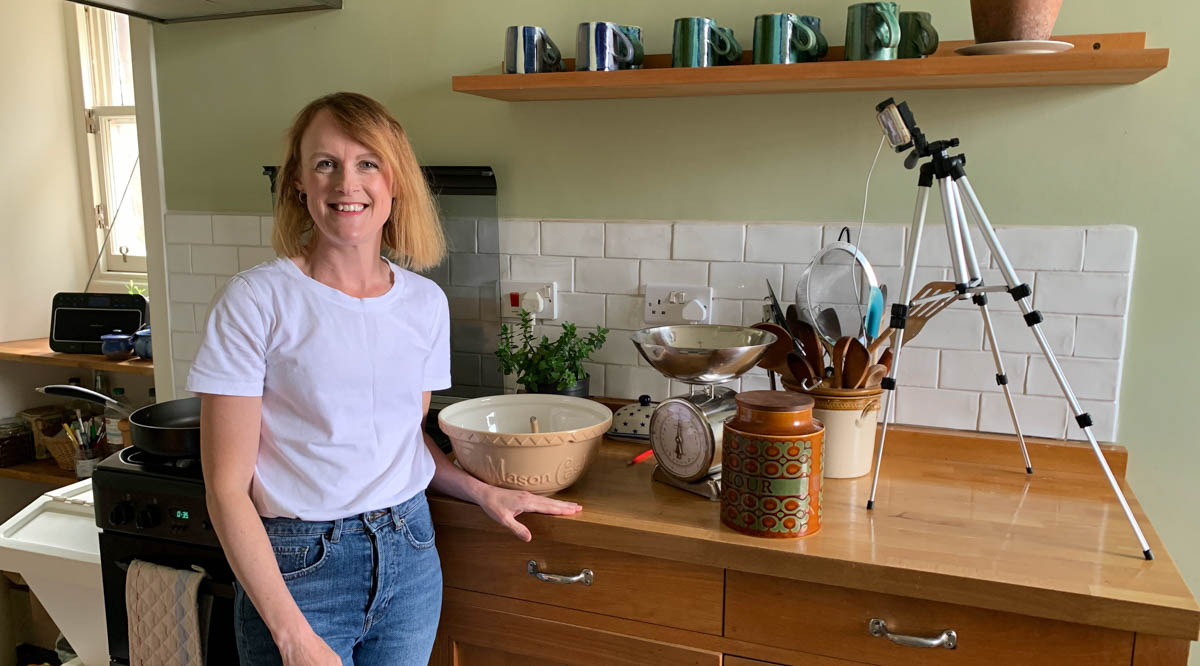 ‘Cooking Up the Past’ is a new digital series launched by Museums & Galleries Edinburgh which brings the city’s history to life through cookery during lockdown. The series is the latest strand of activity as part of the ongoing Auld Reekie Retold inventory project, features videos of staff members cooking up historic recipes at home which have been sourced from digital copies of historic recipe books discovered in the city’s collection.

During lockdown many have tried their hand at new recipes and kitchen skills, from sourdough starters to viral feta pasta bake recipes. ‘Cooking Up the Past’ provides audiences with an opportunity stave off that lockdown boredom and cook up some historic recipes while discovering some fascinating stories from Edinburgh’s history.

The first episode in the series which is available to view via the Museums & Galleries YouTube channel features Curator Vicky Garrington and Collections Assistant Oliver Taylor each attempting to make a recipe for soda scones from a 1932 edition of the book Plain Cookery Recipes from the Edinburgh College of Domestic science. They filmed their preparation, cooking and tasting from their own kitchens at home.

Commenting on the new series, Vicky Garrington said: “With our venues closed and staff working from home, the Auld Reekie Retold team have been looking for new ways to share our amazing collections with the public. When I suggested the idea of filming a recipe to Oliver, he was up for the challenge, and hopefully the film we’ve made will inspire people to explore more of our collections online, and to revisit some old family recipes’.

Vicky and Oliver’s soda scones might not win the Great British Bake-Off, but the pair enjoyed tackling a recipe from the past, and are hoping that the film might inspire others to do the same.”

On researching the new series, Oliver Taylor added: “There were plenty of appetising recipes to choose from in the recipe book, but some were distinctly unappealing!

Alongside a tempting selection of recipes for pies, puddings and cakes were instructions for how to make dressed sheep’s head, raw beef tea to fortify invalids, boiled tongue and ‘Poor Man’s Goose’ which included sheep’s liver and heart. These recipes show how public tastes have changed over the years, as well as attitudes towards treating the sick. We’d be more likely to tempt a patient with ice cream or fresh fruit these days, than to brew up some raw beef tea!”

The Edinburgh College of Domestic Science began life as the Edinburgh School of Cookery and Domestic Economy in 1875. Its founders, Christian Guthrie Wright and Louisa Stevenson, were heavily involved in furthering the education of women. In founding the College, they had two aims: to improve women’s access to higher education and to improve the diets of working-class families. They began to hold lectures at the Royal Museum (now the National Museum of Scotland), as well as arranging lectures and demonstrations across the country.

In 1891, the School moved to Atholl Crescent in Edinburgh’s West End, where its main campus remained until 1970. It became the Edinburgh College of Domestic Science in 1930, but to many in the City it will always be ‘Atholl Crescent’. Many developments followed, including a broader curriculum, and the institution eventually became Queen Margaret’s University.

Museums & Galleries Edinburgh holds a fascinating collection of objects relating to the College. It includes text books, millinery samples, needlework examinations pieces, exquisitely embroidered blouses and even furniture. The edition of Plain Cookery Recipes from which the recipe in Cooking Up the Past was taken is enclosed in a beautiful linen cover, embroidered with strawberries, by a student at the College.

The Auld Reekie Retold team have plans for more cookery adventures as part of the series including: a recipe from the domestic notebooks belonging to Edinburgh suffragist Nannie (Agnes Henderson) Brown and a World War 2 rationing recipe.

Vicky Garrington commented: “A lot of people have enjoyed cooking at home during the pandemic restrictions, and searching our historical recipes adds another layer of interest to this activity. We’ll keep searching our stores for new recipes to try out, and we’ll be sure to share our cooking and the background stories of the recipes with the public”.

Oliver Taylor added: “We’d love people to try the recipe with us, and to tag us with the results on social media using #AuldReekieRetold”.

Culture and Communities Convener, Cllr Donald Wilson said: “A lot of people are drawing huge comfort from culture and heritage activities online at the moment. They can help us stay connected with our past and our shared heritage, as well as providing a welcome break from the stresses of daily life.

“As the Deacon of the Baxters (Bakers) which is one of our oldest Incorporated Trades I am aware of both the proud history represented in these collections but also the recent interest which has arisen as a response to the pandemic. This is a fantastic project and I hope it encourages others to try the recipes.

Culture and Communities Vice Convener, Cllr Amy McNeese-Mechan said: “Museums & Galleries Edinburgh have been trialling online talks, craft events, art films, podcasts and more over the last few months, and Cooking Up the Past is another great example of the service adapting what we do during these unprecedented times.”

Episode 1 of Cooking Up the Past can be viewed here. 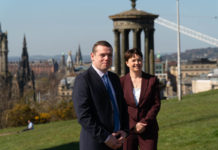 #SP2021 – Davidson to the fore with Conservative message