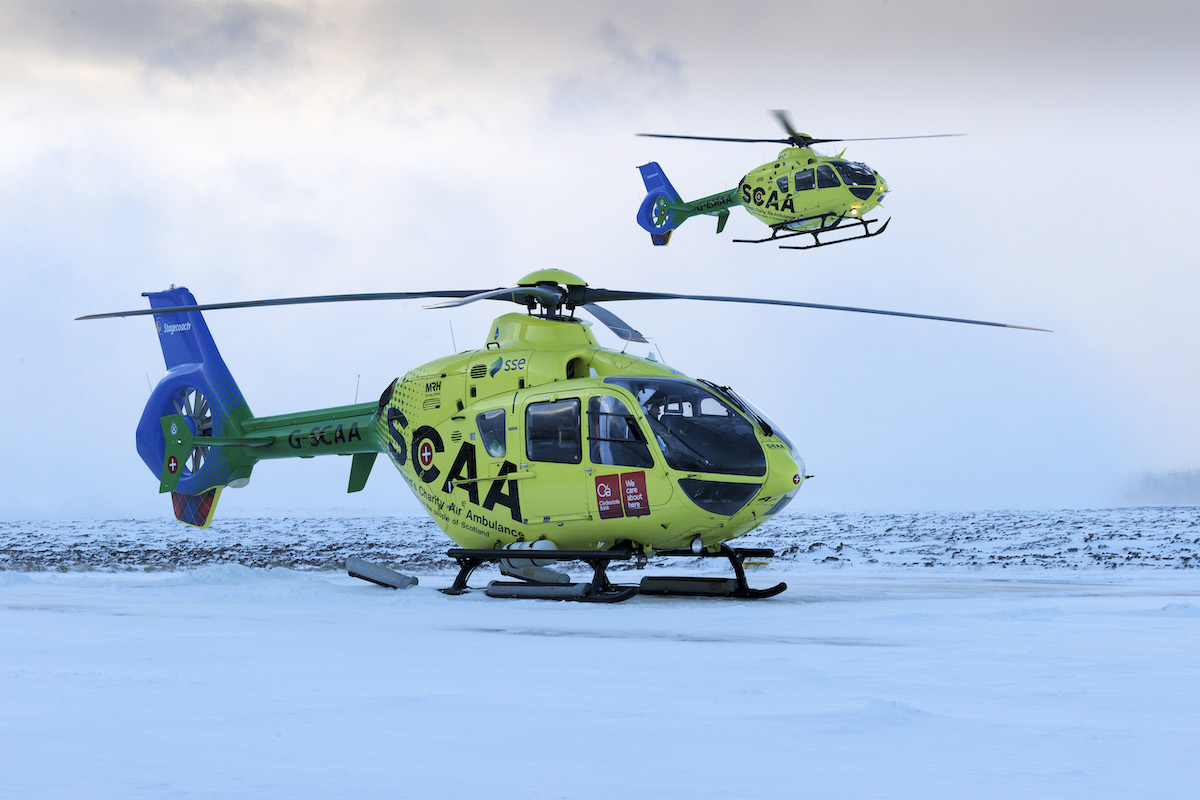 Two emergency response helicopters operated by Scotland’s Charity Air Ambulance (SCAA) met up at the charity’s Perth Airport base during the snowy weather, and Graeme Hart was on hand to take these snowy photographs of them.

SCAA has two life-saving, time-critical helicopter air ambulances based at Perth and Aberdeen airports, responding to emergencies all across Scotland and its many islands.

The helicopter air ambulances can prove a lifeline for rural communities, flying paramedic care to the scene of injury or accident and airlifting patients to appropriate advanced hospital care.

The charity – the only one of its kind in Scotland – is funded entirely by public donations and operates 365 days a year. People can support its work at www.scaa.org.uk 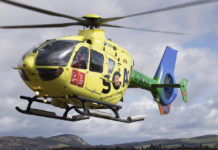 Recycle your crisp packets and turn them into a rescue helicopter