Scotland’s own Eden Project could be created at the former Cockenzie Power Station site as part of a bid to deliver the country’s first climate change centre.

The 360 Centre proposal will be put to East Lothian councillors next week as part of a report on progress for the former site, which is owned by the local authority.

Described as a green education centre on the site which will bring together the county’s fishing and mining heritage alongside art installations and cutting-edge technology for the future, it is still at an early stage.

However, council officials will confirm plans to sit down with the community group to discuss it when the council meets on Tuesday.

The news comes as a call for the council to push forward with investigations into creating a port at the site were dealt a blow as officers branded it premature.

The local authority has produced feasibility studies on a cruise terminal/port at Cockenzie and held several meetings with Scottish Government officials.

However, in a progress report on the future of the Cockenzie Power Station site, officers warn that any commitment towards the port proposals has not been forthcoming from the Scottish Government.

And a call from Prestonpans Community Council  for the local authority to establish a steering group and development company to push ahead with exploring a future port is recommended for refusal.

In the report to councillors next week, their officials say that going forward with their request without guidance from the Scottish Government on the future of the site “could result in an abortive use of scarce resources, raise potentially unrealistic or undeliverable expectations from a number of key stakeholder groups, and is therefore not recommended”.

Officers update councillors on the port terminal feasibility study and present details of the 360 Centre plans in the report.

The report says of the 360 Centre project: “This is promoted as a facility that could attract thousands of visitors annually and provide 200 jobs in the initial stages.

“The promoters recognise that the financial viability of such a scheme must be determined at an early stage, and have sought a contribution from the council toward an initial feasibility study.

“A meeting with the community group and council officers is scheduled.”

The 360 Centre proposal points to the Helix Centre in Falkirk with its Kelpies as a way that art installation and visitor centres can be combined and proposes a similar approach at Cockenzie.

It also includes references to the Eden Project in Cornwall.

It says: “The Eden Centre has gone global and is undertaking similar projects worldwide, with innovative visitor attractions with relevance to the local areas.

“They recently put forward plans to site their first Scottish centre in Dundee which is at an early stage in development.

“While the creative vision of our project is similar to the Eden Project, the aims, objectives and message of the 360 Centre is different in that it is very firmly rooted in the idea of renewable green energy and the climate change agenda, with a collaborative approach to both the development and implementation with the community at its heart.”

In its promotion of the project, the group behind it states: “The community are coming together around the concept of building a unique and ambitious centre within a rewilded area which can incorporate all of the most important aspects of the site and its heritage – the beauty of the marine and natural environment, the wealth of arts and culture across the area, a proud industrial heritage, and the desire to be at the cutting edge of the technology and practice that will help address the climate and ecological emergency – a centre which has the environment and our changing climate at its heart.” 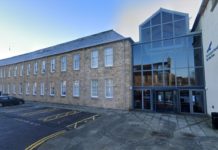 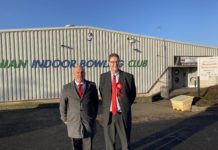 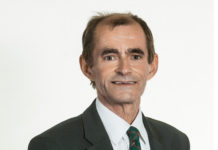