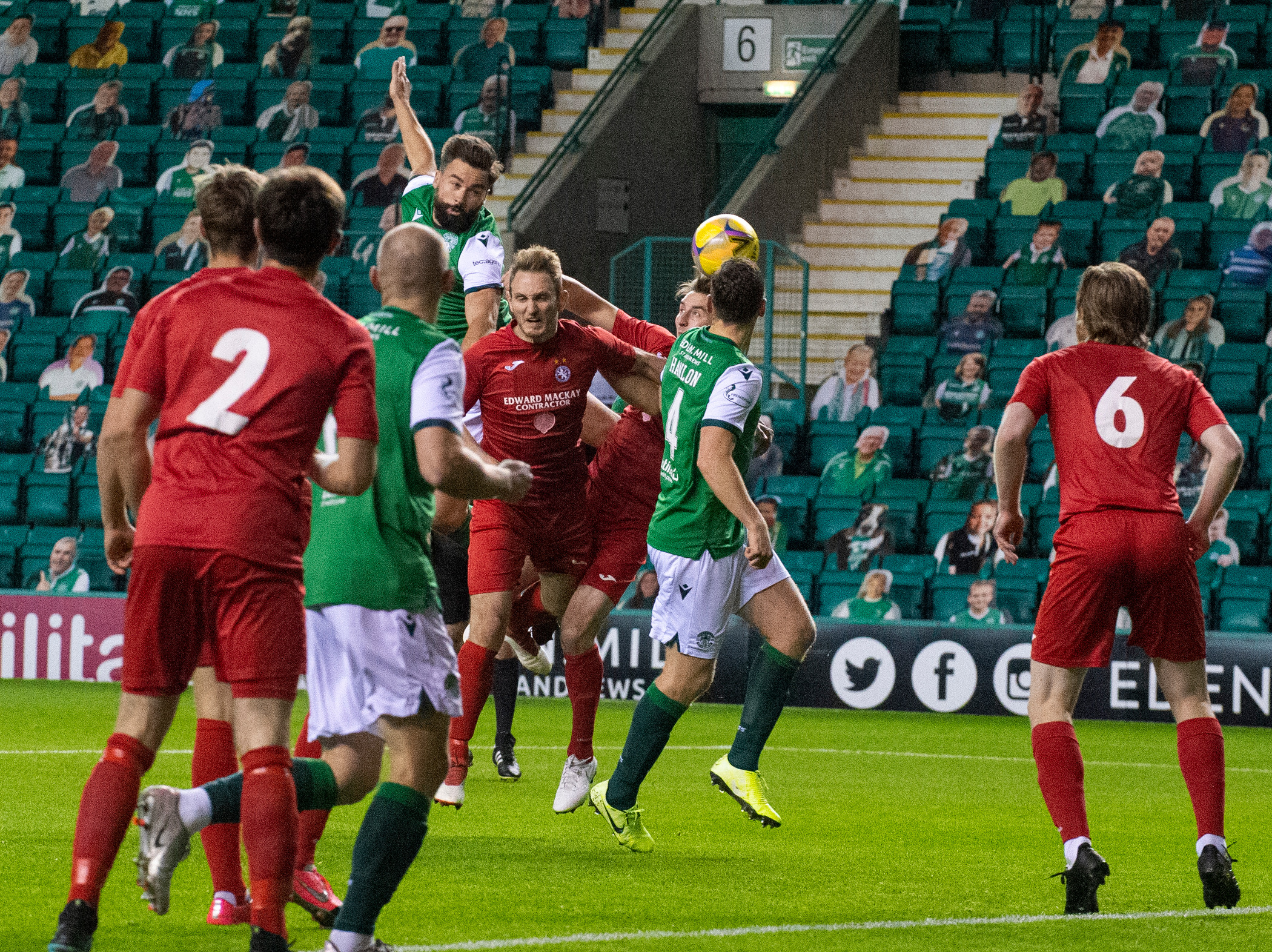 Hibs Head Coach Jack Ross has praised the contribution of goal-scorer Darren McGregor, not just in yesterday’s victory over Dundee United but throughout the season.

McGregor has mainly been on the bench this season but has continued to train well and is always ready when called upon.

On Saturday he was a constant threat from set pieces and opened the scoring with a thunderbolt strike which gave the United keeper no chance. From then on he was a stalwart in the heart of the defence which kept their 11th clean sheet of the season.

Speaking after the final whistle to Hibs TV, Ross said: “I’d love to say that I see Darren (McGregor) do that in training but I don’t think I ever have. Through his career I think he has always been a threat in the opposition box, usually with his head but it was an emphatic finish. It’s a bit reflective of where Darren feels he is at.

“I think he has enjoyed this season which sounds strange given that he has not played a huge amount but he’s enjoyed the role that he has played. Every time he has been called upon he has been excellent and it showed in his defensive performance in his last two games and that was a nice bonus today.”

Ever modest McGregor claims that he had his eyes closed when he hit the strike from 15-yards and praised the pass from Jackson Irvine which set up the goal.

He said: “I just shut my eyes and hit it as hard as I could. I was thankful that Jacko (Jackson Irvine) laid it back to me. It may be similar to the one I scored against Raith Rovers all those years ago . I had one thing on my mind and that was to get a good connection and see where it landed and thankfully it landed in the back of the net.”