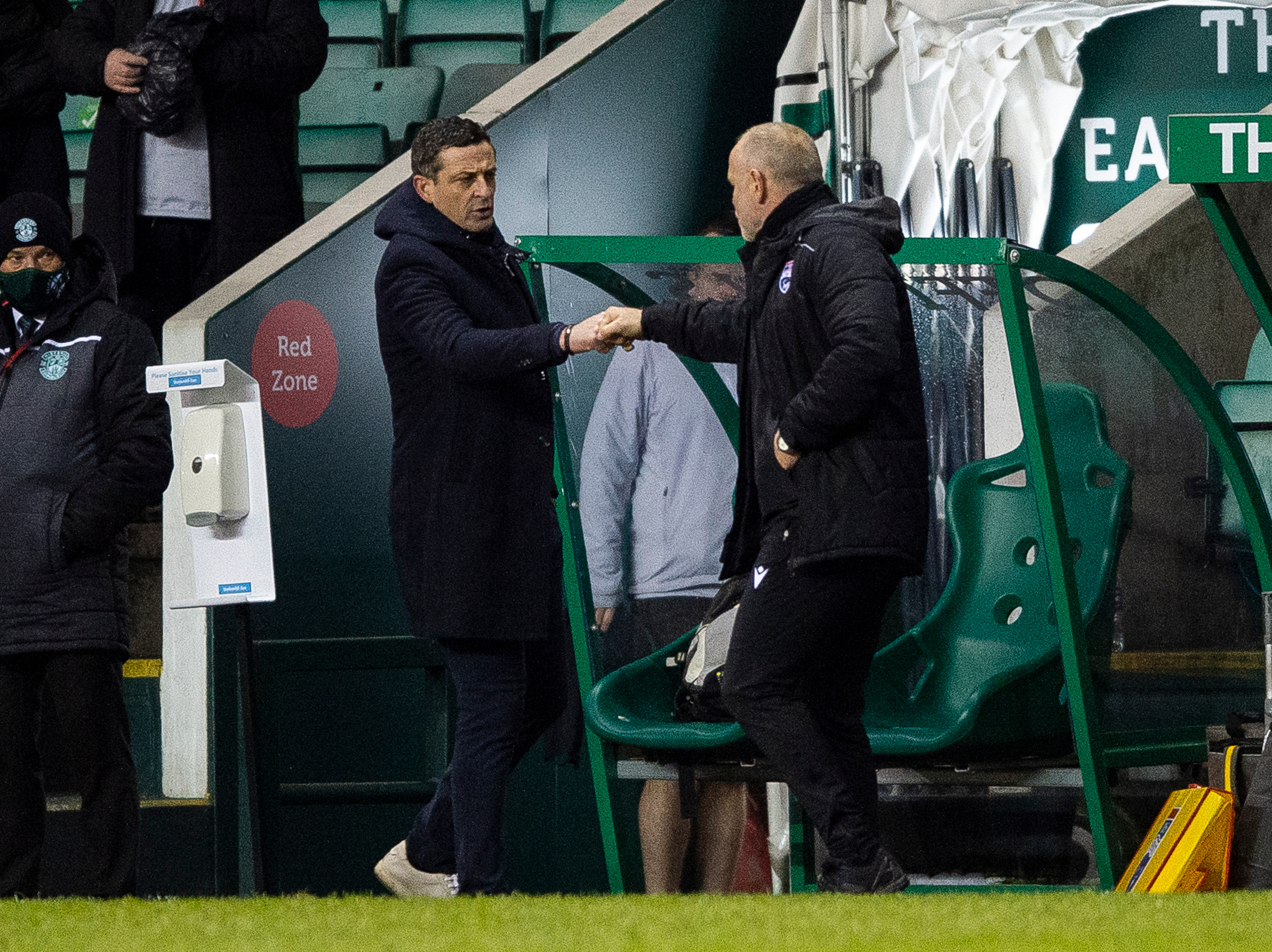 Hibs’ game against Ross County has been called off after a pitch inspection at the Global Energy Stadium at 2pm this afternoon.

John Hughes’ side are currently second bottom of the Scottish top flight, while Hibs were looking to consolidate their place in third after moving five-points clear of Aberdeen last weekend.

No date has been agreed at this time as to when the match will take place.

The postponement will allow extra time for Alex Gogic and Jackson Irvine to recover from shoulder injuries picked up in last Saturday’s victory over Aberdeen at Easter Road.

Irvine enjoyed a successful spell in Dingwall with County whom he helped to a League Cup success.

The delay will also benefit the recovery of influential midfielder Joe Newell who has not featured since the 1-1 draw with Celtic last month after suffering a groin issue that forced him off in the second half of that game.