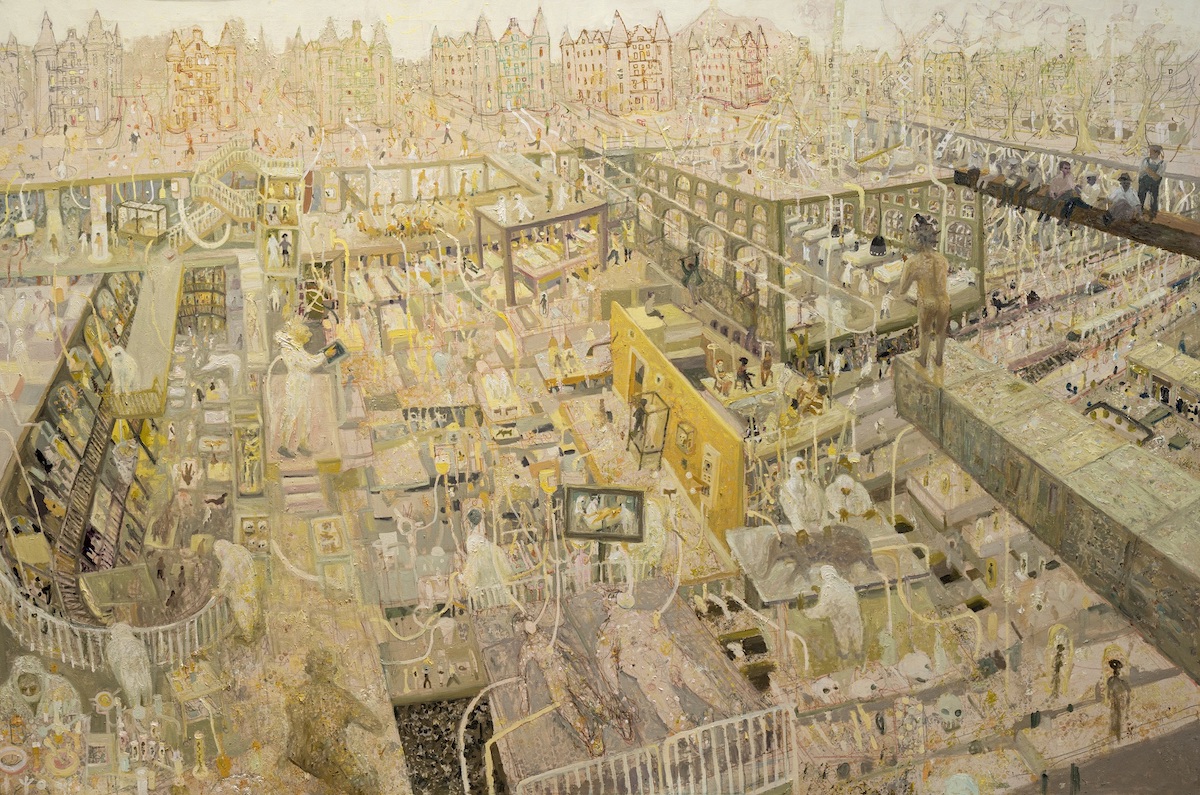 Five paintings, all described as “extraordinary” are shortlisted for the £25,000 John Moores Painting Prize 2020, and one of these is the work of Edinburgh-based artist Robbie Bushe. Born in Liverpool and raised in Aberdeenshire, Bushe attended Edinburgh College of Art and exhibited NEONEANDERTHALS at the Royal Scottish Academy in 2019.

The prize is an immediate award of £2,500 with a chance of winning first prize of £25,000 which will be announced on 4 March. The winning painting will be acquired by the Walker Art Gallery to join its collection of world-class art, and the winning artist will be offered a future solo display there. Bushe has his own exhibition at the Open Eye Gallery to look forward to in April 2021. He also won the inaugural W Gordon Smith painting prize at the Dovecot Galleries in 2016.

Former John Moores Painting Prize winners include David Hockney and Sir Peter Blake who won the junior prize in 1961 and who is now patron of the Prize.

Due to Covid restrictions the 2020 jury, Hurvin Anderson, Michelle Williams Gamaker, Alison Goldfrapp, Jennifer Higgie and Gu Wenda, judged and selected all of the works online for the first time in the history of the Prize. High spec cameras, screens, speakers and AV software allowed judges to appreciate the scale, texture and detail of the works in real time. It also enabled a rich dialogue between the judges, a vital and cherished part of the process. Despite the changes an important fundamental of the competition remained in place; all judging was done anonymously, allowing the artworks to speak for themselves.

For the first time this year there will also be a £2,500 Emerging Artist Prize, supported by Winsor & Newton, to be announced on 4 March.

Visitors can vote for the Visitors’ Choice Award and this, sponsored by Rathbones, is an award of £2,020 to the winner.