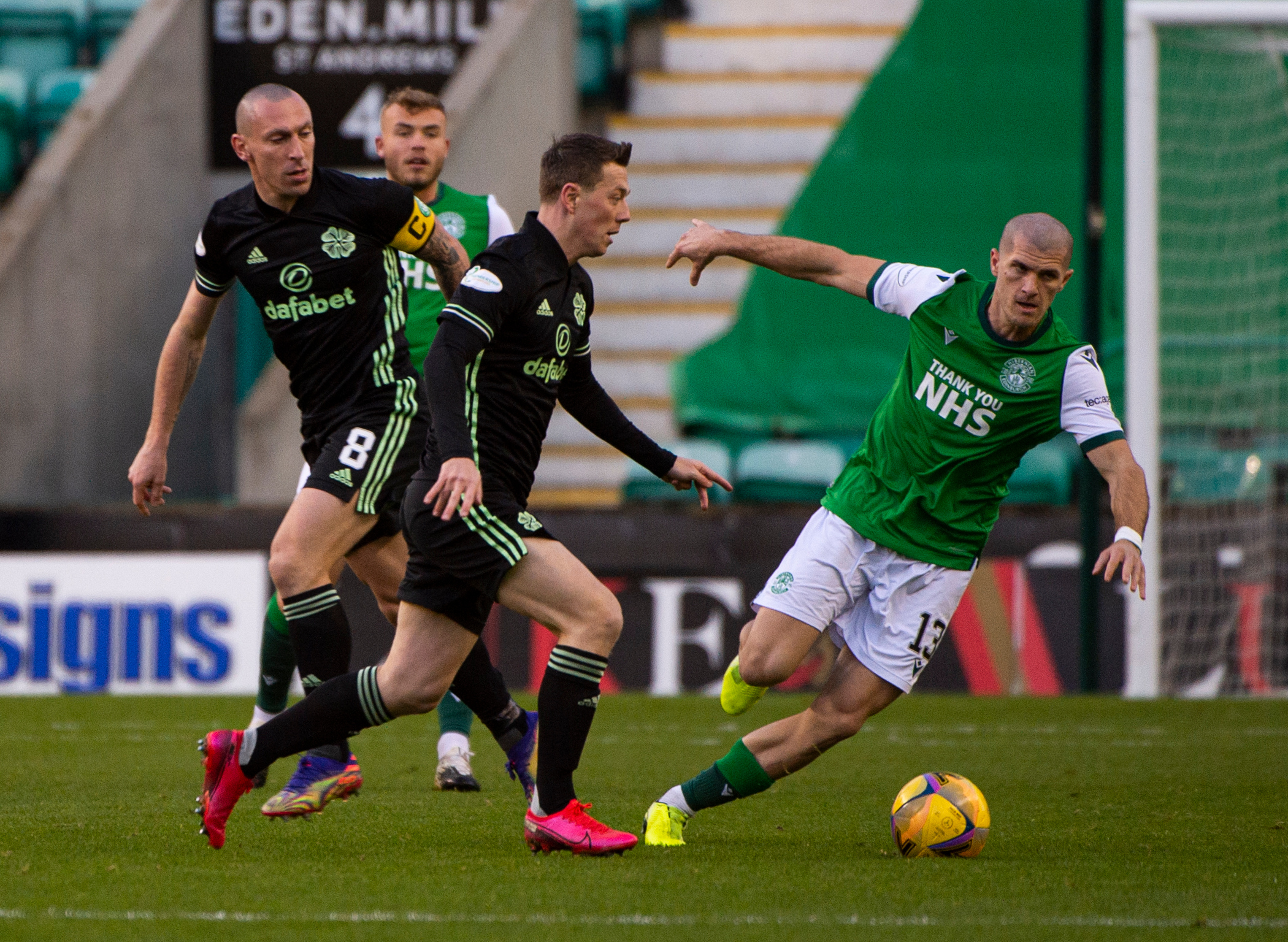 Midfield enforcer Alex Gogic believes that Hibs are currently the third best team in the country and he is determined to finish the league in that position which will guarantee a prolonged spell of European football next season.

Hibs are four points ahead of fourth place Aberdeen who have played an extra game and the players have a great chance to consolidate this afternoon when Gogic’s former club Hamilton Academical visit the capital.

‘Accies’ are in good form however having beaten Lanarkshire rivals Motherwell 4-1 last weekend and taken a point from St Mirren in midweek so Gogic knows that everyone will have to remain focussed.

Speaking at the pre-match press conference, the Cypriot international said: “Do we feel like the third best team in the country? Definitely. We maybe had a bit of a dip for a couple of games but after that we kicked on again.

“The team spirit has been key and, after we dipped, we regrouped and said: ‘let’s do the basics right and get back to what we were doing at the beginning of the season’.

“I feel like that worked and you can see now that we’re winning games and playing well.

“It’s important for us to be focussed. With the gap (for third place) getting a bit bigger, especially if we win tomorrow, it’s a great feeling knowing you are pushing towards that rather than fighting to save your life.

“We are playing well lately and we need to continue that and get as many points as we can to finish third but there’s no game you can take your foot off the gas, especially Hamilton. They are on a good run and are playing well.”