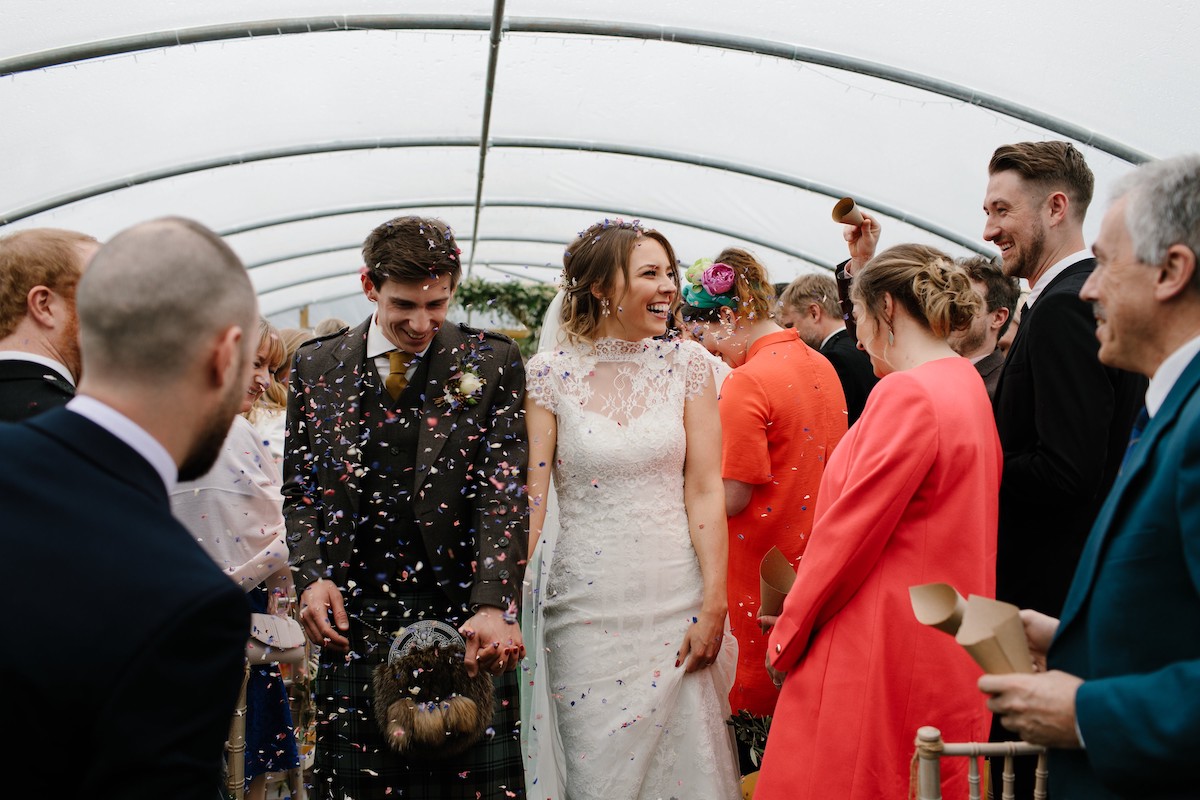 Any late night reveller can tell you that some of the best bands have played at Sneaky Pete’s over the years. But when Sean met Jen, the bass guitarist with We Were Promised Jetpacks was not playing with the band on stage.

Both of them worked for Cabaret Voltaire handing out flyers, and Jen thinks it was a fellow worker who introduced them in 2011. This was no flash of light moment, and when we chatted they could barely remember what they did for their first date! But it is one which has a real happiness in it as the primary school teacher and the musician became Mr & Mrs Smith in 2017.

Jen explained: “We met at Sneaky Pete’s years ago when I dragged a very sober Sean onto the packed dance floor. He was working as flyer staff for another venue and had come into the bar for a mid-shift jaegerbomb, I was on a night out with my mates.

“Music is so important to us, so we were always in Sneaky’s together since then for gigs and club nights, and we’re looking forward to many more nights to come (hopefully) soon. We’re grateful for the work that the Music Venue Trust are doing to ensure that there are more nights like this to come in the future.’

Over the Valentine’s Day period, Music Venue Trust (the charity that represents hundreds of Grassroots Music Venues in the UK) wants to hear your venue love stories.

Did you meet your partner at a gig? Did you fall head over heels for your favourite band in a Grassroots Music Venue?

Did you bond with your best friend in the moshpit? Venues are more than just a place where bands perform: they create communities and form the backdrop for so many valued social interactions and shared life experiences. With venues still closed, Music Venue Trust want to celebrate the country’s music venues and the huge impact they have had on people’s lives.

How to take part:

Find out about We Were Promised Jetpacks here