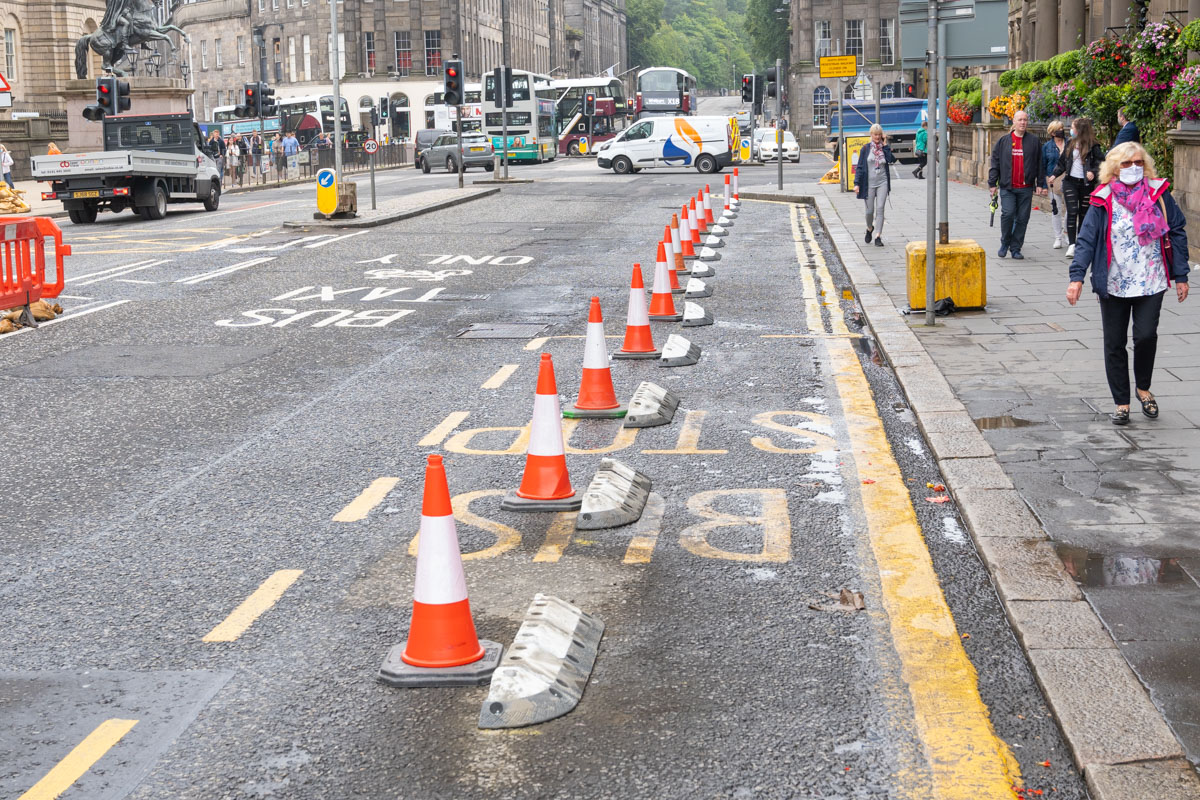 The council has announced that work will begin on Lanark Road, Longstone Road and Inglis Green Road to install segregated cycle lanes and lowering the speed limit.

Feedback from those who live in the area has shaped the plans which have been amended several times from the original. In particular the council says it has retained parking access for businesses and also residents who do not have driveways.

This is being provided by funding from the Spaces for People programme. The City of Edinburgh Council received £5 million in the first place from The Scottish Government to make space for active travel and exercise on our roads and streets during the pandemic.

It is hoped to provide a safer route for those cycling than using the Union Canal and Water of Leith. The temporary moves are also intended to reduce any traffic congestion on all three roads.

There will be pop up cycle lanes on Slateford Road and Inglis Green Road to Fountainbridge to give more room to all those cycling and walking on the shared use paths which have in recent times become busier than ever. The council says that they estimate there was an increase of 150% in the number of cyclists in the summer. On the canal towpath there are narrow parts such as the Slateford Aqueduct where cyclists and pedestrians have to retain physical distancing.

In response to the proposals the cycling said: “Spokes strongly supports these proposals. They offer the chance to transform an unpleasant and sadly dangerous set of roads to somewhere that is far safer to cycle. We have included general comments regarding the scheme as well as detailed comments relating to specific aspects.

“The speed limit reductions proposed are important and we strongly support them. All bus lanes, both proposed and existing, should have at least 7-7-7 operating hours. The full width of proposed cycle lanes should be continued across the mouth of junctions. Examples of where this isn’t done includes Lanark Road/Kingsknowe Park, Lanark Road/Arnott Gardens and Lanark Road/Redhall View.”

You can read more of what SPOKES said here.

Transport and Environment Convener Councillor Lesley Macinnes said: “This scheme will introduce a much-needed safe and welcoming route for those making essential journeys by foot, bike or wheelchair, offering an alternative to the Union Canal towpath and Water of Leith walkway.

“It’s clear from our own monitoring that these popular shared-use paths are becoming over-crowded and we simply must provide other options for the many people who don’t own a car, who don’t feel comfortable using public transport at present or who want to take daily exercise on foot or bike.

“Of course, we are aware of local concerns, and we’ve made a number of changes in response. The beauty of the scheme’s temporary nature is that we’ll be able to continue monitoring its effectiveness too, making further tweaks where possible.”

Transport and Environment Vice Convener Councillor Karen Doran said: “This is all about providing safe, convenient options for those making essential journeys and this is a key route for those travelling out of the city.

“Our Spaces for People team have worked hard to respond to concerns from residents and businesses and as a result the designs have been changed. Ultimately, this is about protecting the safety of vulnerable road users, and providing space for people to physically distance, and schemes like these are essential for achieving that.”

In addition proposals include dropping the speed limit from 40mph to 30 mph on Lanark Road and Inglis Green Road, the removal of the kerbside lane of traffic and a bus lane on the approach to Gillespie Crossroads. On Longstone Road the speed limit will be dropped to 20mph just as applies on the majority of our city’s streets.