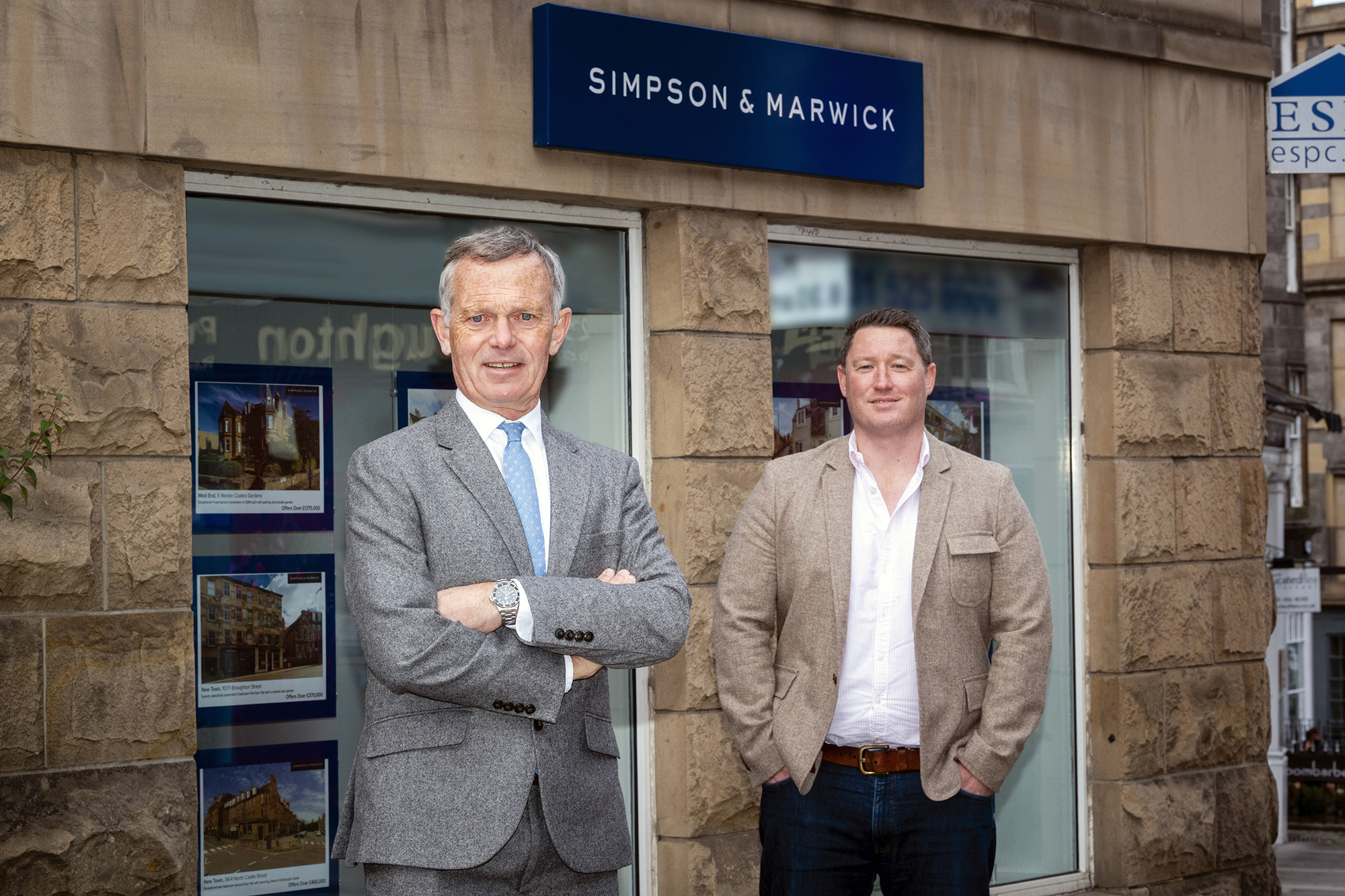 A bold new challenger in Scotland’s professional services scene is to put one of the country’s oldest legal names front and centre in its ambitious growth plans.

Already synonymous with residential property in Edinburgh and the Lothians, the Simpson & Marwick name will now become the pre-eminent brand for all the group’s planned expansion across Scotland.

Simpson & Marwick’s heritage includes a leading role in the Piper Alpha enquiry and representing airline giant Pan Am in Scotland on issues following the Lockerbie bombing.

Rob Aberdein, who launched the new professional services group last year, is now Managing Partner at Simpson & Marwick, admitted that acquiring such a major name in October 2020 had prompted a rethink on direction.

He added: “Our plan was and remains to grow by acquiring high quality but under-invested legal practices across multiple disciplines. Simpson & Marwick was most definitely an exception to that. Under our original business plan, many such practices may well have retained their names. Now they will become part of Simpson & Marwick.

“We could never have dreamt that in our first few months of existence we would land a name with such history, pedigree and recognition factor. That is worthy of us totally pivoting our plans – and as a new and agile, challenger business that is exactly what we are doing.”

Chairman, Richard Loudon added: “For the past few years Simpson & Marwick has been best-known in the higher end of the Edinburgh and East Lothian property markets. That will remain the case, but we also intend to rebuild Simpson & Marwick as a powerhouse across a host of legal services.

“Once again, a generation of Scots will associate the Simpson & Marwick name with the full spectrum of legal services required by private clients and family businesses. We are incredibly excited about the potential this offers Simpson & Marwick to again be in the premier division of Scottish law firms.”

Earlier this month Simpson & Marwick made one of the biggest hires in the property sector, when Malcolm Cannon, former head of ESPC, joined from his most recent role at the helm of the Institute of Directors Scotland.

In his new position as Managing Director Property Services, he will ensure the firm continues to compete with national upmarket estate agents like Savills and Knight Frank, while increasing its reach across Scotland.

Meanwhile, Mr Aberdein will continue to drive forward a series of acquisitions, with a number of deals already in the pipeline. Where those firms offer legal services, they will be folded into the burgeoning Simpson & Marwick offering.

As part of the changes, Mr Aberdein will also change the name of the group from Aberdeins to Moray Group. He added: “At launch we needed a name and Aberdeins was fine. However, I believe that something less personal to me makes greater business sense for the long term.

“It is exactly the right time for these kinds of name changes, while we are still a new player and are still building recognition. Now our main focus is most definitely on growing the Simpson & Marwick brand without potential distractions

“Beyond these important name changes, everything else remains the same. Our values and vision are undimmed and we want to use technology to positively transform the experience for clients across professional services.”

While its core will be legal services, the ambitious group is geared up for rapid expansion by creating and acquiring businesses in professional services areas, including estate agency, property letting, accountancy and financial services.

Mr Aberdein is one of Scotland’s most progressive lawyers. He oversaw significant growth for Aberdein Considine before becoming the youngest ever equity partner at English legal powerhouse, Walker Morris. Mr Loudon is ‘in with the bricks’ at Simpson & Marwick having joined the firm as an apprentice in 1979.

Simpson & Marwick traces its roots back to 1886. However, it merged into global law firm Clyde & Co in 2015. That could have marked the end of the name but for the fact that the firm’s niche property division continued to use it, until its amicable demerger from Clyde & Co in October 2020.

With 30 staff, the firm has offices in both Edinburgh and in North Berwick, East Lothian.