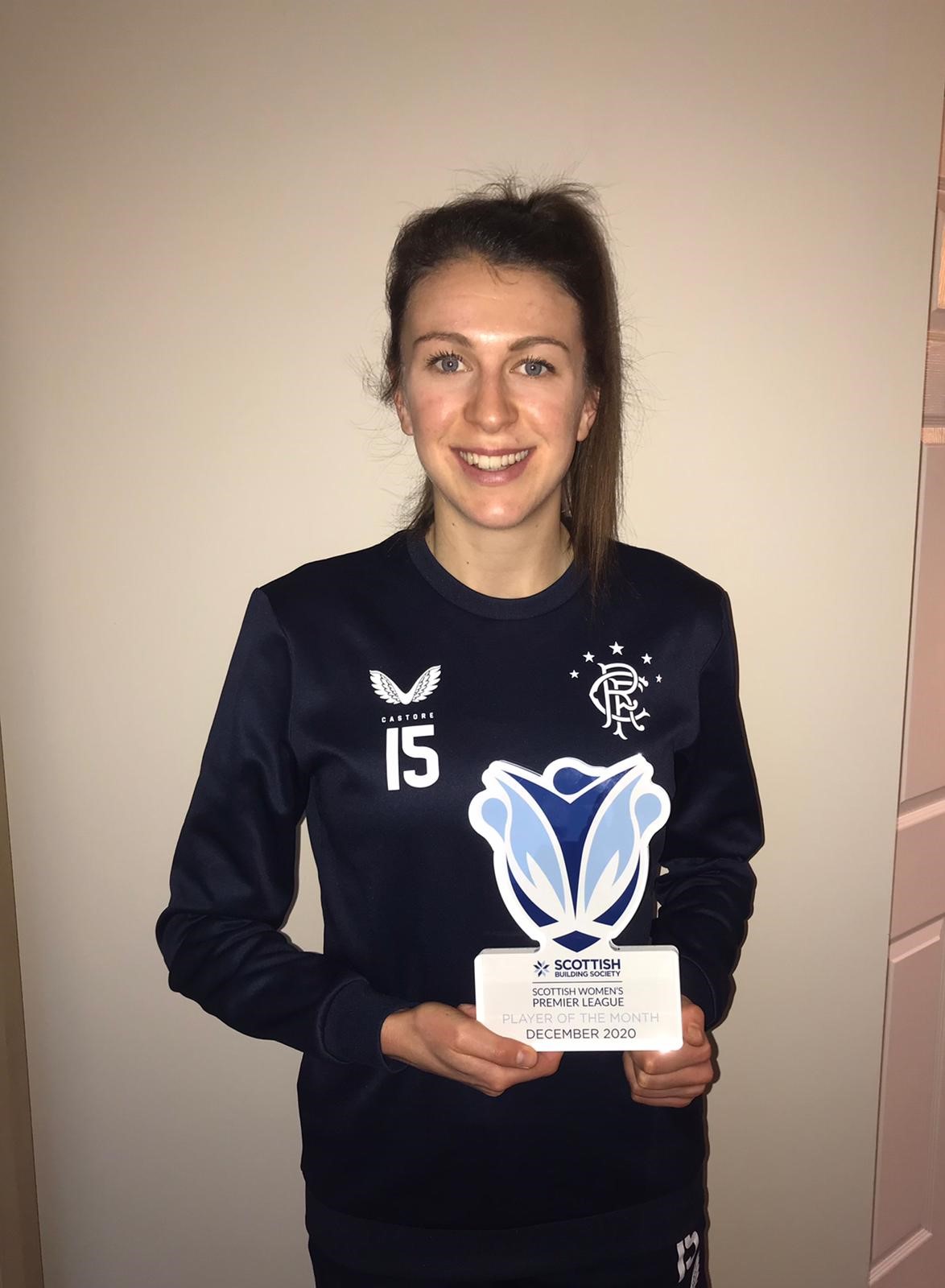 Lizzie Arnot of Rangers Women has been voted as the winner of the Scottish Building Society SWPL Player of the Month for December 2020 beating off competition from Bayley Hutchison (Aberdeen), Chloe Muir (Hamilton Academical), and Natalie Ross (Celtic).

The former Hibs and Manchester United midfielder played a vital part as Rangers ended the first part of the season on a high with a maximum six points and currently top the table with 18-points from seven games.

Arnot scored a hat-trick and provided two assists as Rangers thrashed Motherwell 9-0. She followed this up with another goal as her side thumped reigning champions Glasgow City 5-0 away from home.

Speaking at the online presentation, Arnot said: “I was really pleased to have been nominated but it’s an amazing feeling to have won this award. To be recognised by the public and Head Coaches in the league is a huge honour.

“I’d like to thank everyone who took the time to vote for me and say thanks to the whole Rangers Women team. Without the support of everyone at the club, I wouldn’t have won this award.”

Speaking about December’s performances, Arnot said: “Things really clicked for us, there’s no doubt about it. We were strong favourites against Motherwell and we showed real professionalism to go out and get the job done. It was also a great feeling to get my first hat-trick at the club.

“The Glasgow City game was probably the biggest match of our season as we knew we needed to get a result. To go out and win in such a convincing fashion is testament to the work we’ve put in. That performance has set a benchmark for me and the team as a whole.”

Paul Denton, Scottish Building Society’s Chief Executive Officer, said: “Congratulations to December’s Player of the Month, Lizzie Arnott of Rangers. A well-deserved win. We are looking forward to the time when games can get going again.”