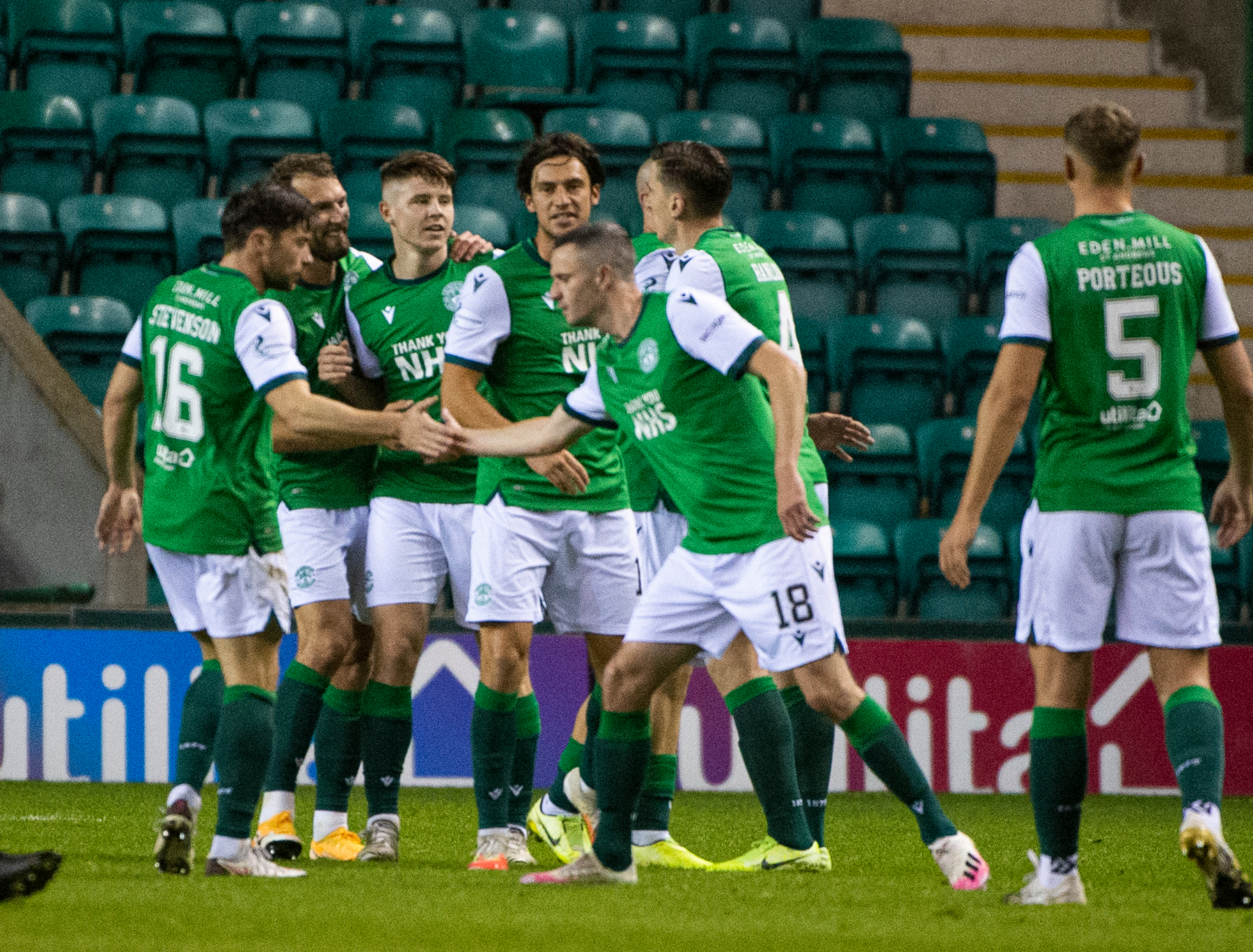 Lewis Stevenson was glad that Hibs took a share of the points with a late equaliser against Celtic at Parkhead last night but believes that they did enough to have won the game.

Stevenson replaced Josh Doig at half-time to make his 500th appearance for Hibs, joining Arthur Duncan, Pat Stanton and Willie Ormond at the top of the club’s all-time appearance list.

It looked as though it would end in disappointment however when Celtic took the lead from a David Turnbull free-kick which Stevenson believes was wrongly awarded by referee Steven McLean then in the last minute the SPFL’s joint top-scorer Kevin Nisbet made it 1-1 with a well taken strike.

After the final whistle Stevenson told Sky Sports: “It was a strange one obviously with the build-up. There were a lot of things going on. Josh (Doig) had a tight hamstring at half-time so I got the call.

“I’m happy we didn’t get beat but I think we are a bit gutted. We thought we should have done a bit more. We huffed and puffed but deep down we should have been better than that tonight.

“We had a fair bit of territory that you don’t usually get at Parkhead but our final ball was poor.

“It’s been a strange day all round and to come away from the game with nothing would have been a travesty so we are glad we got a point but deep down we think we should have come here and won.

“I’m a bit disappointed at their free-kick. I think Stephen (McGinn) got a bit of the ball and I didn’t think it was a free-kick at the time so we were gutted about that.

“It was a great strike from Turnbull but we showed good character to come back and hopefully that can be a turning point after our wee sticky patch.”

His former manager Alan Stubbs who was commentating on the match added: “He’s an absolute credit to himself and the football club. He is a brilliant lad and a great professional.

“He’s not a minute’s trouble whatsoever. If you wanted a perfect player to coach he comes into that category. He deserves all the plaudits tonight and I have full respect for him.”