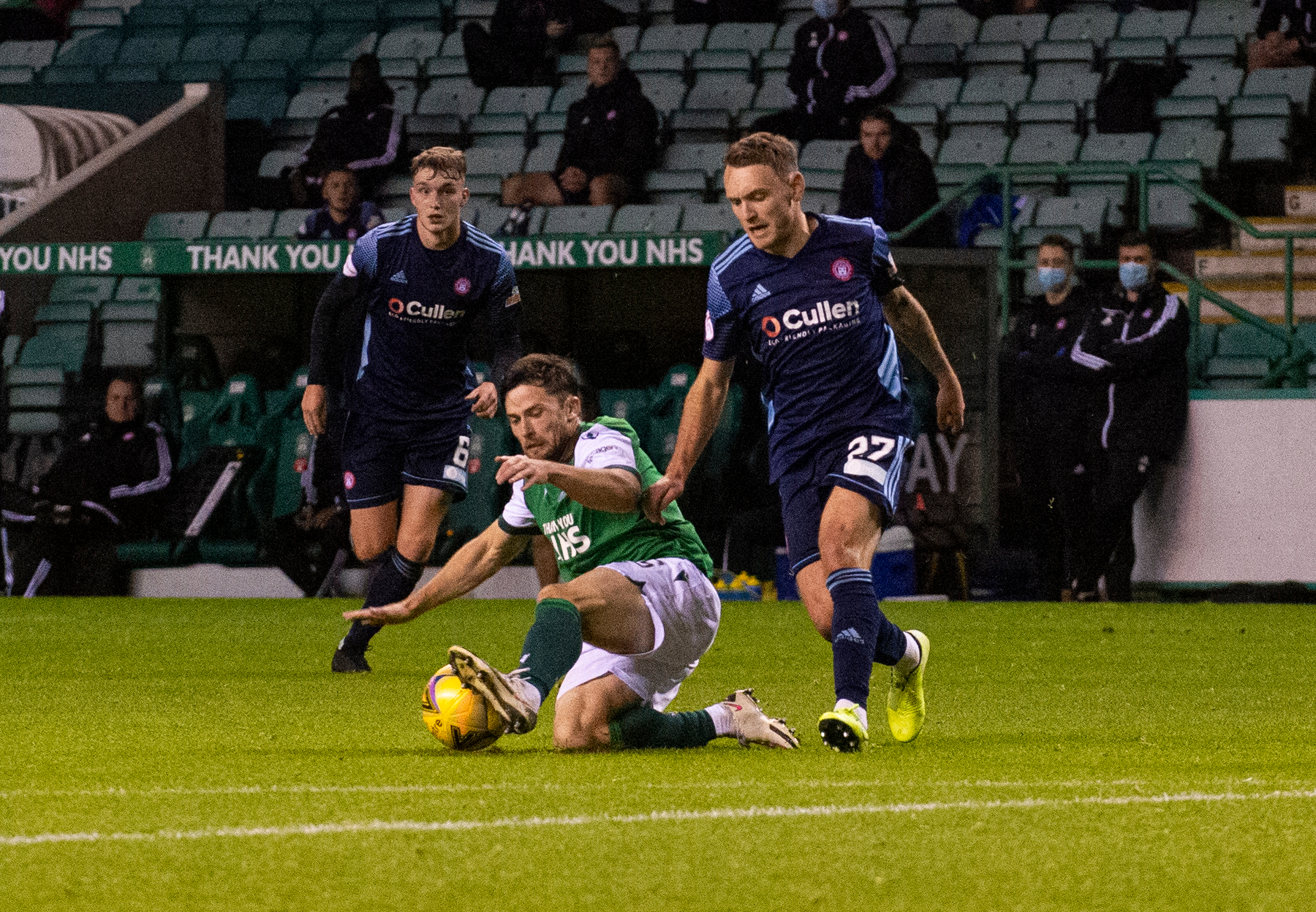 Lewis Stevenson is delighted to have been rewarded with a fresh one-year contract just days after chalking up his 500th club appearance.

Only four players have made more appearances for Hibs, Willie Ormond (506), Pat Stanton (617), Arthur Duncan (626) and Gordon Smith (636)  and the versatile full-back has no regrets about staying at the one club for so long.

He remains the only Hibs’ player to have won both the Scottish Cup and League Cup whilst playing with the club and he is determined to add more medals to his collection before retiring.

He said: I’m delighted. I want to be playing here as long as possible. The manager said that I am still in his plans so I’ve still got a fair bit to give. Hibs have been a good club for me and I’ve been a good fit for the club. Hopefully I’ve been good value for money.

“I love it here and love what the club stands for and the people involved in the club and I’ve spent more than half my life here.

“The club has shown loyalty to me when I’ve not been playing well so it’s been a good match.

“I’m settled here and I’ve been here a while but you still have that doubt in your head, especially as I’ve not been playing as much as in previous seasons but the manager says that when I have been playing I’ve done well and helped the team.

“I’ve been lucky to have won two cups with the Hibs but one of my only regrets is not to have won more trophies. People take it for granted when they win a cup so early on and (winning another) is something I definitely want to do before I hang my boots up.

“We have a great chance this season. We have a great squad and are in the semi-final of the league cup with more cups to come. I’ve been trying to reiterate to the  boys that these things don’t come to often so make the most of it.”

Head Coach Jack Ross insisted the decision to hand Stevenson a new contract has nothing to do with sentiment.

He added: “I think Lewis wanted to know this – it’s not for sentiment. It’s for football. He’s still contributing on the pitch and around the training ground on a daily basis. His attitude to work remains as diligent as it’s always been and I think he’s enjoying his football at the moment.

“Having that competition to play at left-back against a young player who has come through our youth system and encouraging him is something I think Lewis is enjoying. He’s competing against Josh to play but also mentoring him with his development as well.

“So the decision to offer him a new contract was based on footballing reasons and we’re delighted that he chose to accept it on the back of what has been an incredible week for him in achieving that milestone.”