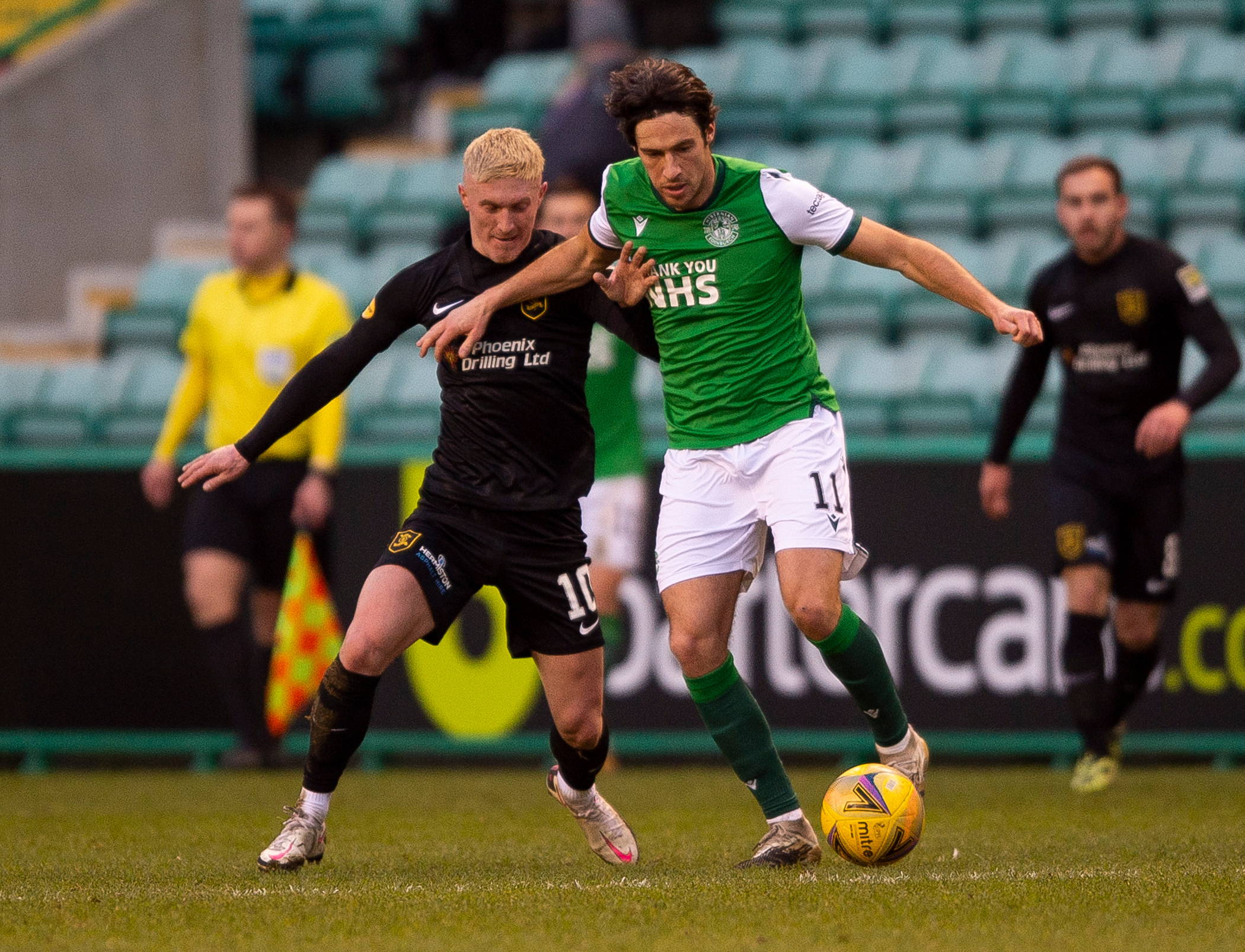 Hibs’ influential midfielder Joe Newell is determined to recover from his groin injury in time to play in the Betfred Cup semi-final at Hampden on Saturday against St Johnstone.

The former Rotherham player had been in excellent form this season but he picked up an injury in Hibs draw with Celtic at Parkhead and missed Saturday’s 2-0 victory over Kilmarnock.

Hibs go into the game as favourites to lift the trophy after both Glasgow giants and Aberdeen were eliminated but the players are taking nothing for granted.

Newell told The Match: “I’ll be having a few more days of rehab then hopefully training in the middle of the week, either Wednesday or Thursday and get back training then so hopefully I should be fine.

“After the heartache of the Hearts game and how that happened and the devastation we felt after that it would be brilliant to bounce back and get to a final. We are all looking forward to it. It’s a massive chance for us to get a trophy so we will all be buzzing for it and hopefully a different end result from the Hearts game.”

Newell was speaking after Hibs victory over Kilmarnock which saw the team leapfrog Aberdeen into third place and he pinpointed Kevin Nisbet’s equaliser against Celtic as the turning point after a disappointing two home defeats to Ross County and Livingston.

He continued: “It was a good win. We’ve had a bit of a sticky patch since Christmas with the two home games but Nizzy (Kevin Nisbet) scoring last minute against Celtic might be the turning point for us. Hopefully now we can kick-off from this. It was a big won and an important win  and we go into next week full of confidence.

“Certain points in seasons can swing it for you and we know that we weren’t up to scratch in these two home games that we lost but it was important that we bounce back.

“Our home form needs to be good if we are to get where we should be at the end of the season.

“It was a big win and thoroughly deserved. It was a good performance.”

He concluded: “Alex’ goal was terrific and I’d like to say that I see him do that in training all the time but that would be a lie. It was good to see him get his goal and I thought that he and Melker (Hallberg) did really well.

“Jackson (Irvine) has had a long spell not playing and it was always going to be a tough ask for him to come in and play 90-minutes at the standard he would expect but I thought he showed good touches and a little bit of link-up play with Kev (Nisbet) first-half so he is going to add something else to the team when he gets up to speed training wise and gets his sharpness he will be a good edition.”