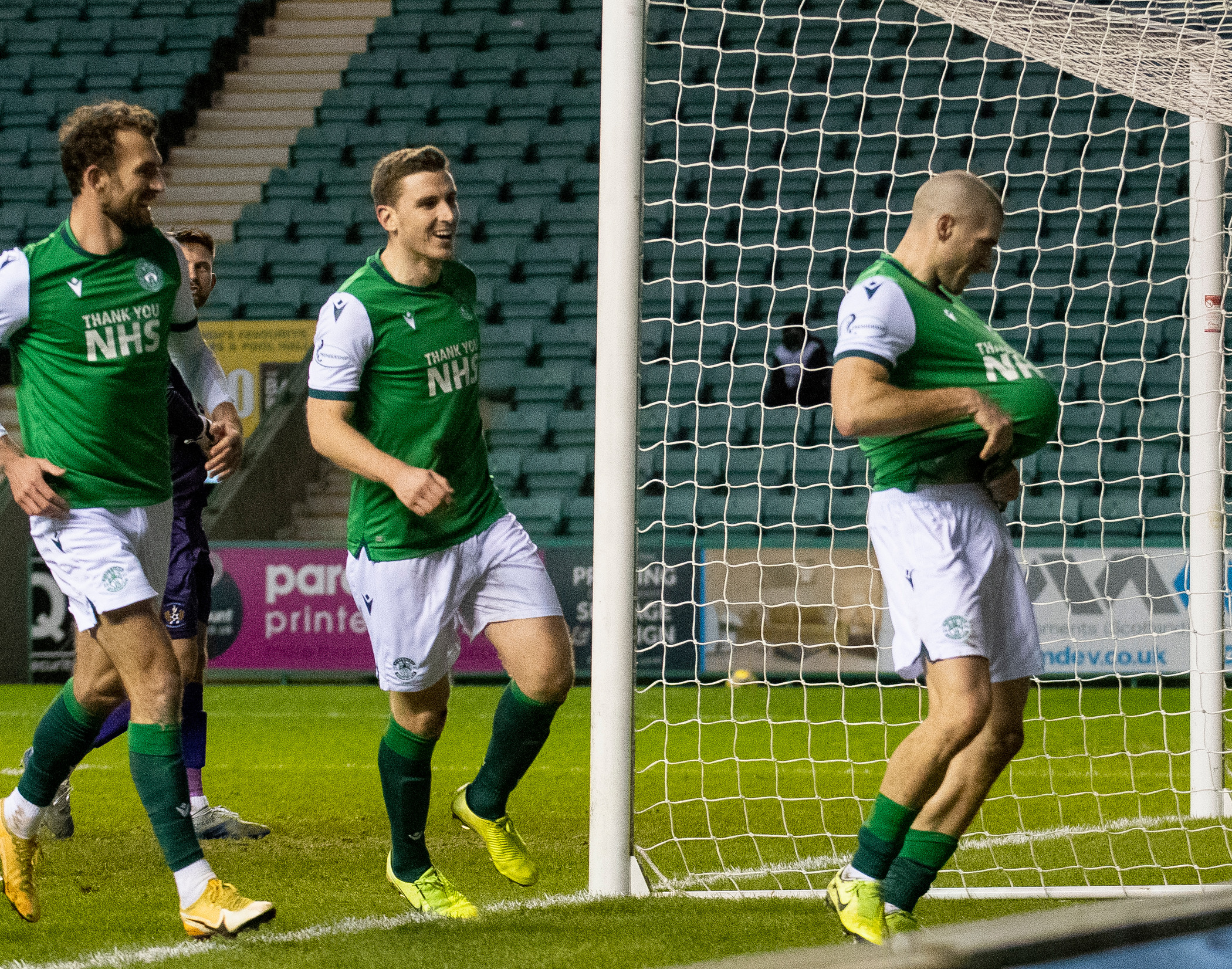 Hibs’ goal scoring hero Alex Gogic revealed that he and his wife are expecting a baby daughter which explained his celebration after his first goal for the club.

With the game on a knife edge, a Melker Hallberg free-kick was floated into the box and the Cypriot international won the first header. After a scramble, Christian Doidge set up Gogic who fired an unstoppable strike into the top corner of the net leaving Danny Rogers helpless.

He then grabbed the ball which he stuffed up his jersey and put his thumb in his mouth before being surrounded by his jubilant team mates.

Coincidentally his last goal came at Easter Road over a year ago but then he was in the red and white jersey of Hamilton Academical and that was a header. In fact this was his first goal with his feet.

After the final whistle Gogic told Hibs TV: “We are expecting a little girl so my celebration was for her. It will be nice to have a good picture for her when she grows up.”

“I think it was a good finish. It’s the first goal I have scored with my feet although I’ve had a few shots to be fair, close, but I’m just happy that this one hit the net.

“The goalkeeper made a save from my header from the corner and he had a couple of other saves but it was good that we scored two and kept a clean sheet.

“We know we have had a few bad results here at home but we deserved something from that game. To come here, keep a clean sheet and get the three points that’s what we want especially going into next week.

“It wasn’t the prettiest. The pitch is not the best because of the snow but we deserved the three points.”

Head Coach Jack Ross was delighted for Gogic and paid tribute to his ‘honesty’ and work rate: He added: “I’m delighted Alex (Gogic) got on the score sheet because he is so honest in his work and he does a lot of the ugly side of the game very well and in this type of game today his contribution was clear.

“You need that type of competitor within the game and he did that throughout the second-half and I would love to say that he scores goals like that in training but I haven’t seen that so it was a nice moment for him to get his first for the club.”