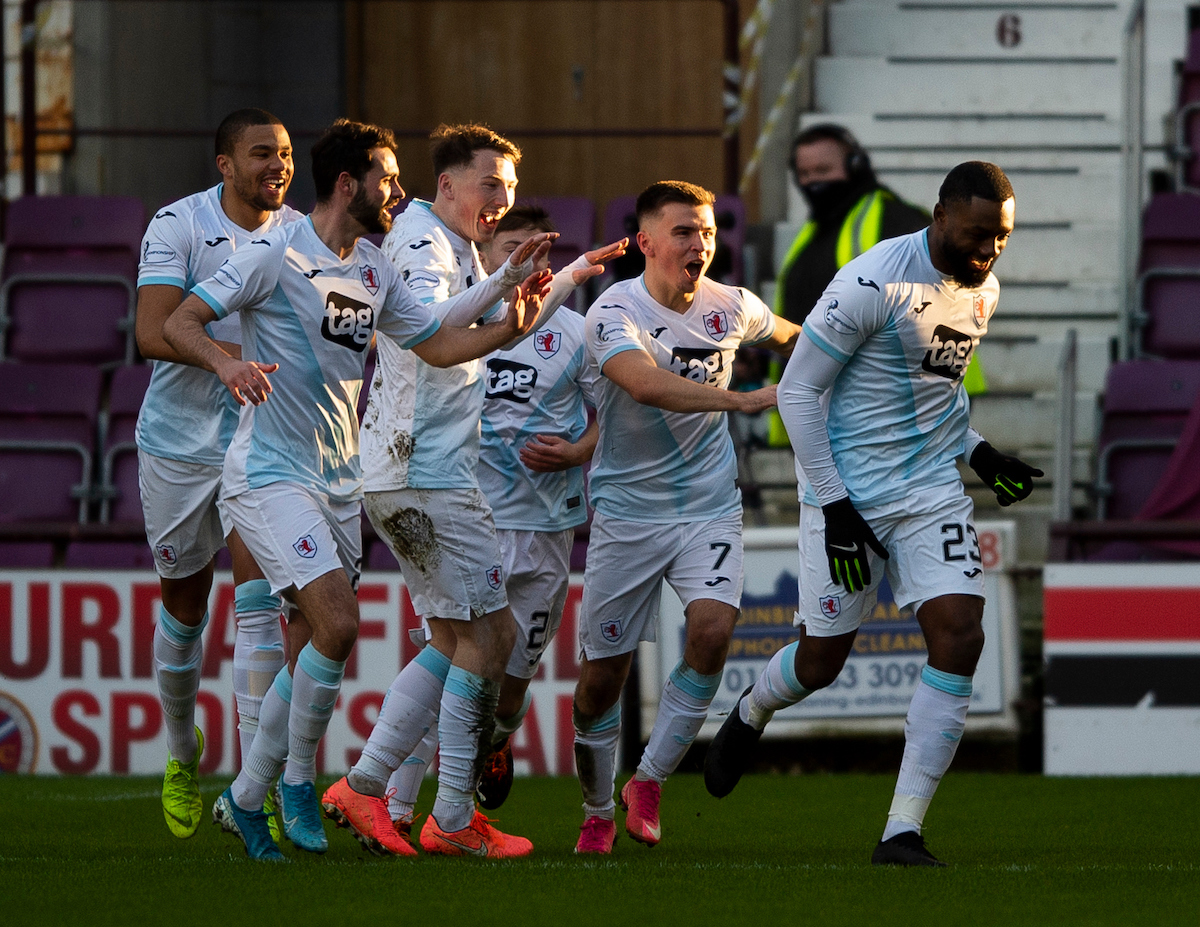 A pedestrian Hearts performance led them to lose their first home game of the season against an impressive Raith Rovers.

The Fifers raced to a bizarre 3-0 lead early in the second half, with enough change to also miss a first half penalty, before the Jambos finally got their act together and made some form of comeback. Raith had ex-Jambo keeper Jamie MacDonald to thank for keeping them ahead with a string of top drawer saves as the clocked tick down. However, the visitors were more than good value for their win which lifts them to fourth in the table.

Hearts boss Robbie Neilson went with a strong XI with Gary Mackay-Steven, Liam Boyce and Steven Naismith all starting in attack with speedy winger Josh Ginnelly on the bench. However the league leaders were behind after only four minutes when Gozie Ugwu opened the scoring with a clever back heel finish from a corner.

The Kirkcaldy side had the chance to double their tally on 23 minutes when Stephen Kinglsey hauled Daniel Armstrong to the floor. However, Craig Gordon pushed a decent Regan Hendry penalty on to the post.

The Gorgie faithful would have expected this to act as a galvaniser but the Jambos continued to labour and found themselves two down at the start of the second half when Michael Smith was judged to have tripped the impressive Rangers-loanee Kai Kennedy to concede the game’s second penalty. This time sub Manny Duku made no mistake and slotted past Gordon.

Neilson immediately brought Ginnelly in to the fray and his pace and guile gave Hearts more threat. Whilst the Jambos were looking to get back into the contest, the visitors added their third almost straight away when Reghan Tumilty bundled in from close range.

Ginnelly did cross superbly for Boyce to nod past MacDonald on 58 minutes and the Northern Irishman bagged his second deep into stoppage time with another header, this time from a corner. Michael Smith and Naismith had glorious chances to bring the game level but saw efforts expertly saved and come back off the woodwork respectively.

A deeply disappointing day for Neilson and his Hearts side. With nearest challengers Dundee and Dunfermline both drawing, the game was a chance to add to the seven point advantage they had at kick off as well as showing off the calibre of football they are capable of with a near full complement to select.

The predicament for the Jambos is, with such a strong team on paper, why can’t they start strongly and grab games by the scruff of the neck? Neilson’s men have to only wait till Tuesday to make amends when they skip across the Forth to again face John McGlynn’s men at Starks Park.