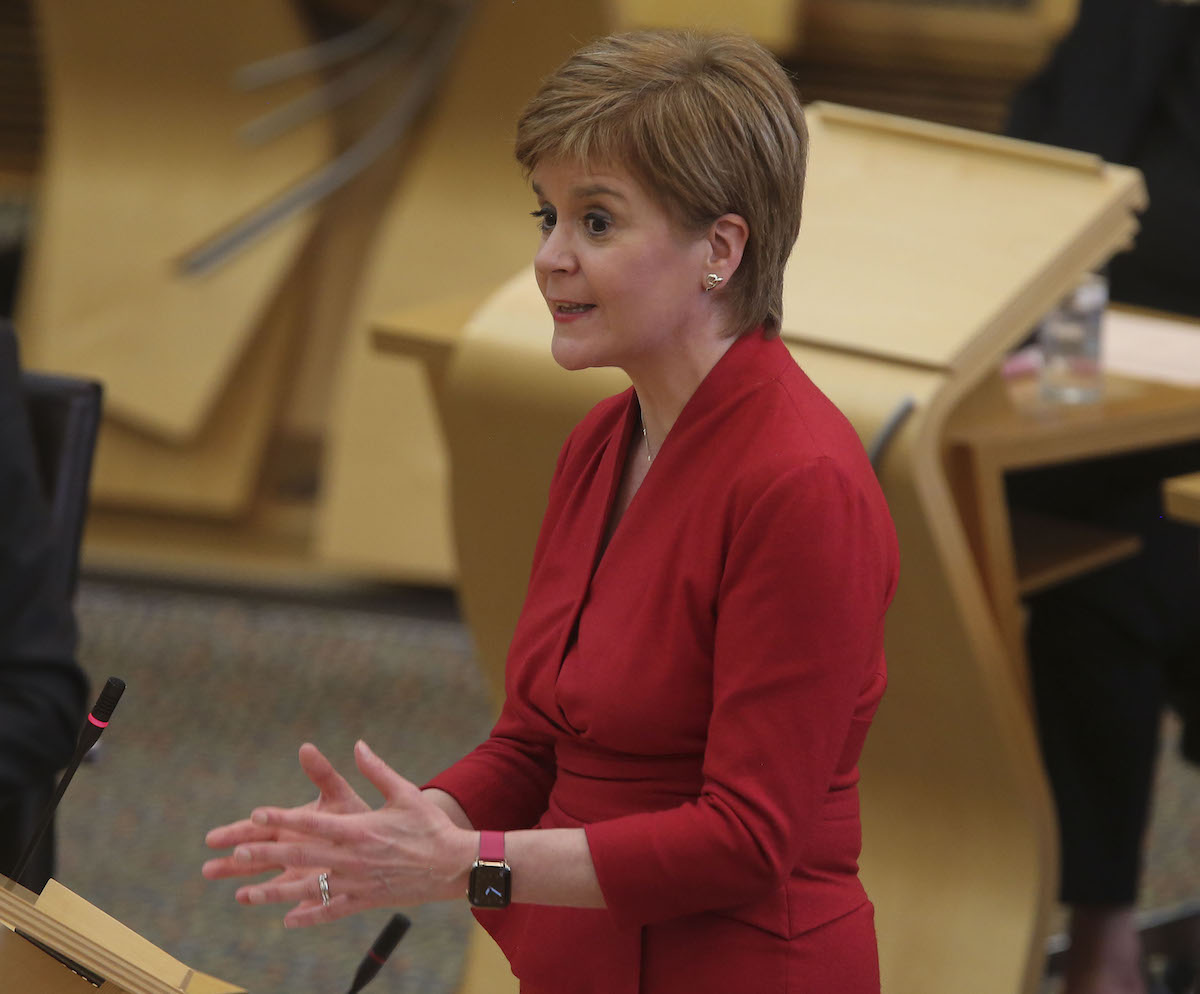 First Minister Nicola Sturgeon has once again questioned whether Celtic’s trip to winter training camp in Dubai was essential.

Earlier today Celtic confirmed that 13 players plus manager Neil Lennon have been forced to isolate after Christopher Jullien tested positive for Covid-19 on his return. A total of 16 players and staff have been identified as close contacts but despite this, the match against Hibs tonight will go ahead.

Speaking at her daily briefing, the First Minister said: “Unfortunately it’s impossible for me to talk about Dubai today without making some mention of the situation with Celtic Football Club.

“I can’t tell you how disappointed and frustrated I am to be facing another briefing that may be dominated by football.

“Football, and elite sport more generally, enjoys a number of privileges right now that the rest of us do not have.

“These privileges include the right to go to overseas training camps and be exempt from quarantine on return.

“It is really vital, also for public health reasons but I think out of respect for the rest of the population living under really heavy restrictions that these privileges are not abused.

“I know what I’m about to say won’t please everyone, anything I ever never pleases everyone.

“I do have doubts, based on how the club itself described it, about whether Celtic’s trip to Dubai was really essential.

“I have doubts based on some pictures I’ve seen whether adherence to bubble rules was strict enough.

“As with any situation like this it’s for the football authorities to decide if any further action is required and they should consider that carefully.”

“That’s not me picking on football. Every time I mention it I get pelters from one side or the other saying I’m somehow seeing these things out of a partisan view.

“I don’t have partisan views when it comes to Rangers and Celtic. You might have noticed I’m not the world’s biggest football fan.

“My sole preoccupation is trying to get everyone to behave in a way that limits transmission.

“Elite sport – not just football – has privileges because we want our sports people to do well and be able to train. But those privileges can’t be abused. Fans of football clubs right now, Celtic fans, aren’t able to travel freely, we are all under the stay at home restrictions.

“So if you have privileges then you shouldn’t be abusing those. You should be asking yourself whether going to a training camp and then what you do there is necessary.

“I hope Celtic reflect seriously on this. You have significant numbers of players now required to isolate. The coaching team are amongst those who have to isolate and that will have an impact on their performance.

“I hope they reflect on it and that the football authorities reflect on it. We want to keep these things going as far as possible, people have few enough pleasures in life and I don’t want to stop football fans watching their teams but teams and clubs have to take responsibility for their own conduct just as all of us do.”

“I’m not talking today about revoking privileges. It’s important we see this from a public health perspective.

“One of the things football fans get upset about – whatever team happens to be in the spotlight and therefore whatever fans feel they are then seeing their club subject to punishment when it’s not justified. I understand that.

“We don’t want to take punitive action here that punishes the whole of football because there’s been one episode.”

Celtic have defended their decision to travel to the middle east in a statement which said: “The reality is that a case could well have occurred had the team remained in Scotland, as other cases have done in Scottish football and across UK sport in the past week.

“Celtic has done everything it can to ensure we have in place the very best procedures and protocols. From the outset of the pandemic, Celtic has worked closely with the Scottish Government and Scottish football and we will continue to do so.”