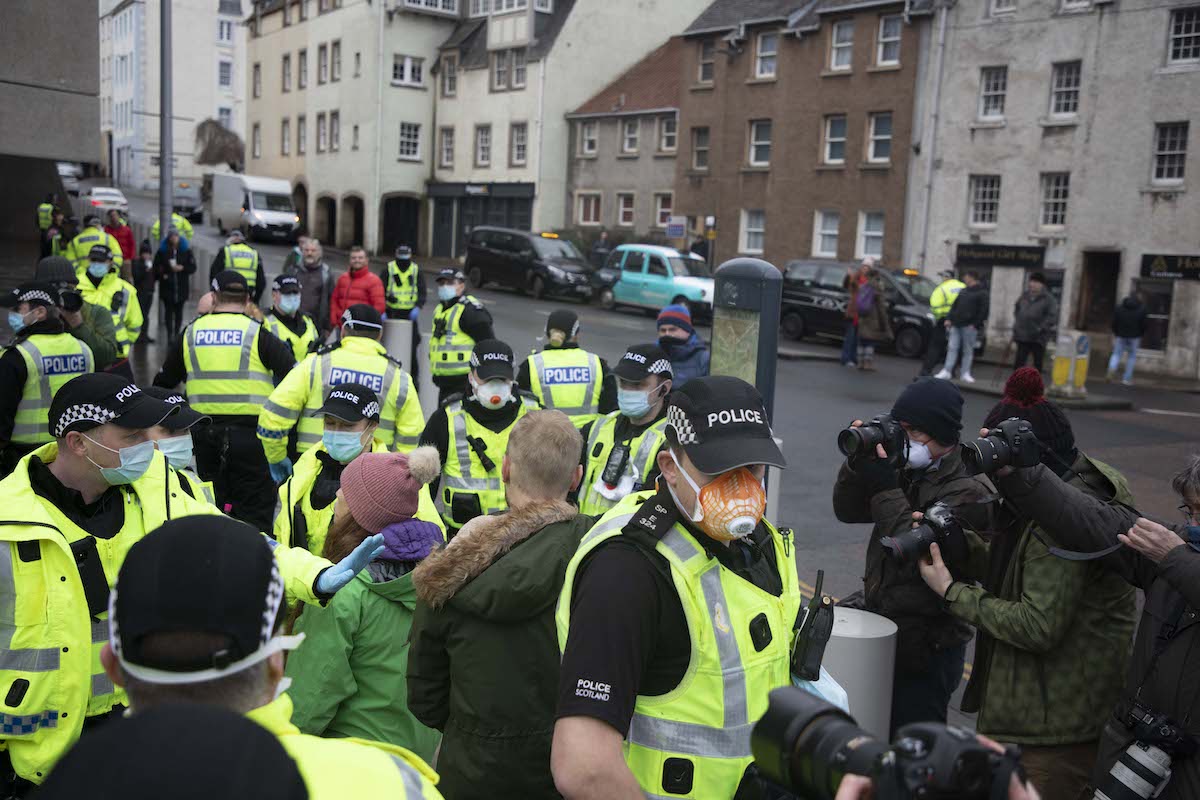 First Minister Nicola Sturgeon has criticised ‘deeply irresponsible’ protestors for ‘putting people’s lives at risk’ by gathering for an anti-lockdown protest which was staged outside the Holyrood Parliament yesterday.

Scotland Against Lockdown organised the “march for freedom” event, which coincided with the Scottish Government coronavirus briefing.

“I think it’s deeply irresponsible to be doing that, whoever you are and whatever the cause is that you might be protesting for or protesting against.

“To people who are Covid deniers. Covid’s not fake, it’s not made up, it’s not a figment of anybody’s imagination. You try telling that to the 1600 people in Scottish hospitals today suffering from Covid; the more than 100 people in intensive care suffering from Covid today; the more than 4000 families who are currently grieving the loss of a loved one because of Covid.

“It’s not made up, it’s very, very real and if you think not wearing a mask or gathering together in groups and encouraging people not to take the vaccine makes you smart, I just think the vast majority of the population disagree with you and think you’re actually being really irresponsible.”

Police Scotland later  confirmed that four people had been arrested and charged in connection with allegedly breaching Covid restrictions.