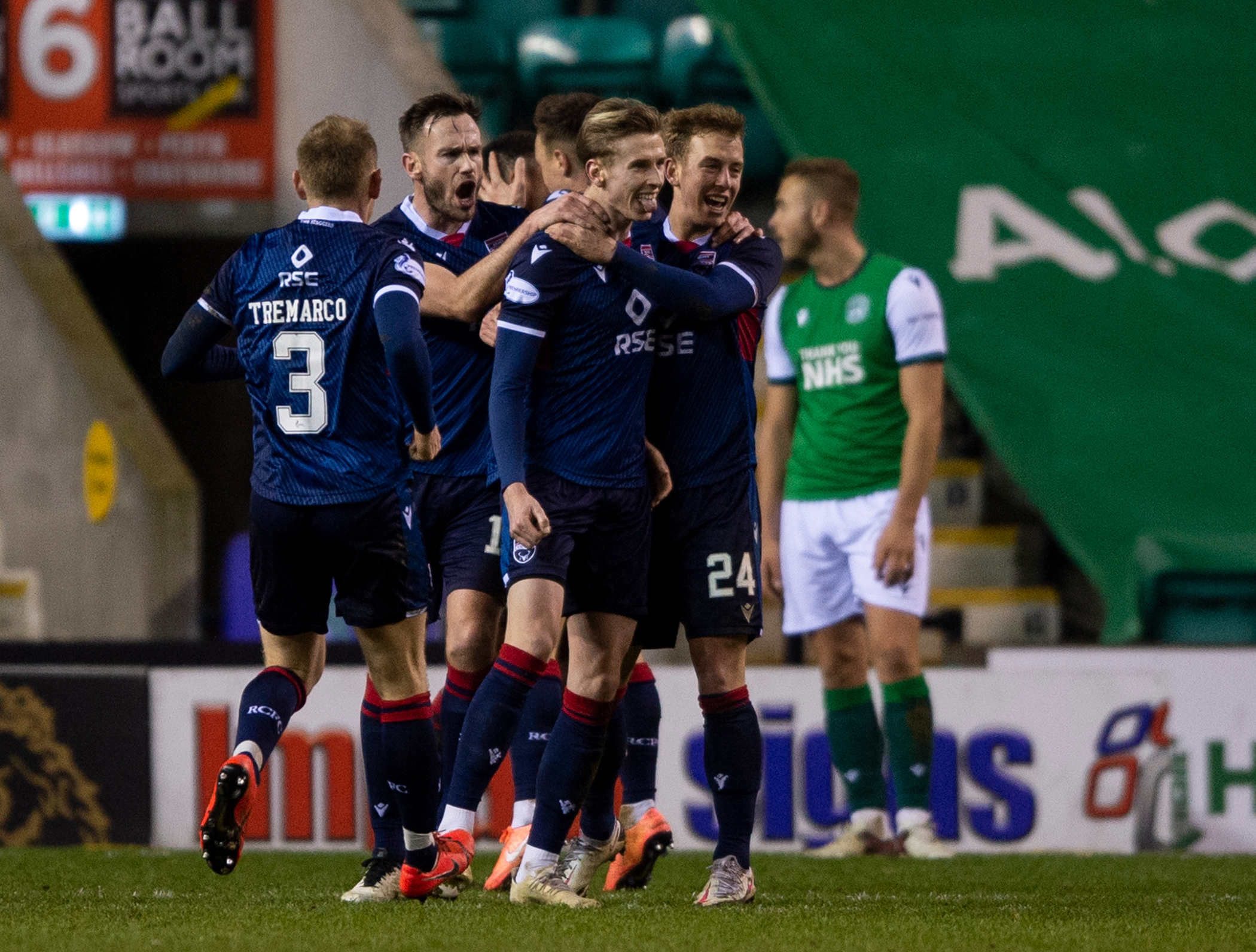 Ross Country manager John ‘Yogi’ Hughes insists that he is not getting carried away after last-night’s 2-0 victory over Hibs at Easter Road.

The result sees the ‘Staggies’ move off the bottom of the table and Hughes was particularly pleased with his team’s clean sheet after a half-season conceding too many goals.

A goal from Harry Paton midway through the first-half gave County the lead at the break but many thought that Hibs would come back to secure the victory but in truth Jack Ross’s men seldom looked like scoring and it was a former Hibs’ player Oli Shaw who secured the three points with 15-minutes remaining.

Hughes said: “It’s been very difficult. I’ve been in nine days and had three games so I’ve not really been on the training ground. I’ve stood back to see what I’ve got and the sessions the coaching staff are putting on are exactly what I’m looking for.

“We’ve conceded too many goals but we had a solid shape tonight. The pleasing thing for me was keeping a clean sheet.

“Pre match I refused to say how good a team Hibs are because I have to look after my team, but now that we have won it I can say Hibs are a great team and Jack’s doing a fantastic job, so to come here and take their scalp with an honest hard-working performance is great.

“I’m just delighted for the boys but it’s only one win. We are not getting carried away.”

Hughes was also quick to praise Shaw having played with his father Greg at Falkirk.

He added: “The shift he (Oli Shaw) gave me tonight was great. I told him if he’s half as good as his old man he will be alright. He’s a lovely boy and it’s my job to get the best out of him. He’s got the hardest job in football playing up there against two centre halves. I’m delighted for him.”