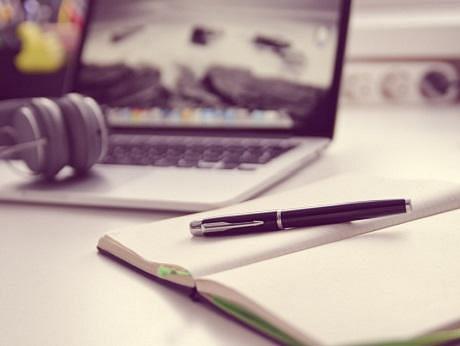 Scottish Book Trust has today announced the third Ignite Fellowship awardees, including one writer from Edinburgh.

The Fellowship supports writers who are already established and embarking on a significant project.

This year, the panel selected poet and performer Courtney Stoddart and artist and filmmaker Raman Mundair. Poet and translator Niall O’Gallagher has been selected as the Gaelic Ignite Fellowship awardee, funded by the Gaelic Books Council.

The Ignite Fellows will receive a £2000 bursary and creative support to suit their individual projects. The fellowship will run for one year, from December 2020 to December 2021.

Marc Lambert, CEO of Scottish Book Trust, which transforms lives through reading and writing, said: “The Ignite Fellowship is important as it helps to give already established artists a boost in their career. In what has been a challenging year, we hope this award will provide inspiration and support, and we look forward to seeing the new projects from the writers.”

Courtney Stoddart, from Edinburgh, is a Scottish-Caribbean performer whose work focuses racism, womanhood and growing up in Scotland. She has featured in various theatrical productions, including Hannah Lavery’s Lament For Sheku Bayoh at the Lyceum Theatre. Courtney recently featured at the Edinburgh International Book Festival and appeared on Damian Barr’s The Big Scottish Book Club. During her Ignite Fellowship, Courtney will work on her first poetry pamphlet featuring themes of race, identity and the ramifications of colonialism and imperialism.

Courtney Stoddart said: “I am absolutely delighted to have been selected for this year’s Ignite fellowship. I am incredibly thankful to Scottish Book Trust for this opportunity and can’t wait to get started on my project.”

Raman Mundair is an Indian born writer who is based in Shetland and Glasgow. She is an award-winning author and was longlisted for the Rolex Mentor and Protégé Arts Initiative Award and is a winner of the Robert Louis Stevenson Award and a Leverhulme Fellowship. Raman has published poetry, fiction, drama and non-fiction and has performed and exhibited her artwork around the world from Aberdeen to Zimbabwe. She is currently a dramaturg and mentor for Scottish Youth Theatre on the Stories 2020 project. Raman will use the fellowship to bring her work into focus with the help of her mentor.

Raman Mundair said:“I am delighted to be offered this opportunity and look forward to possibilities that it will open for me and chance to amplify my voice and work as a hitherto overlooked writer, artist and director.”

Niall O’Gallagher, based in Glasgow, is the author of three books of poetry in Gaelic and was the recipient of a New Writers Award from the Scottish Book Trust ten years ago. In 2019 Niall was named Bàrd Baile Ghlaschu, the City of Glasgow’s first Gaelic Poet Laureate. In 2020 he won the Gaelic prize in the Wigtown Poetry Competition for his poem ‘Penelope’. During his fellowship, Niall will be working on his fourth book, a verse-novella called Litreachan Plàighe (Plague Letters), told through a series of letters between characters who find themselves separated from one another.

Niall O’Gallagher said:“I’m delighted. The New Writers Award I received from Scottish Book Trust and Gaelic Books Council in 2010 really helped me take my poetry from my notebook into print. I’m excited to work with them again as I develop my work further.”