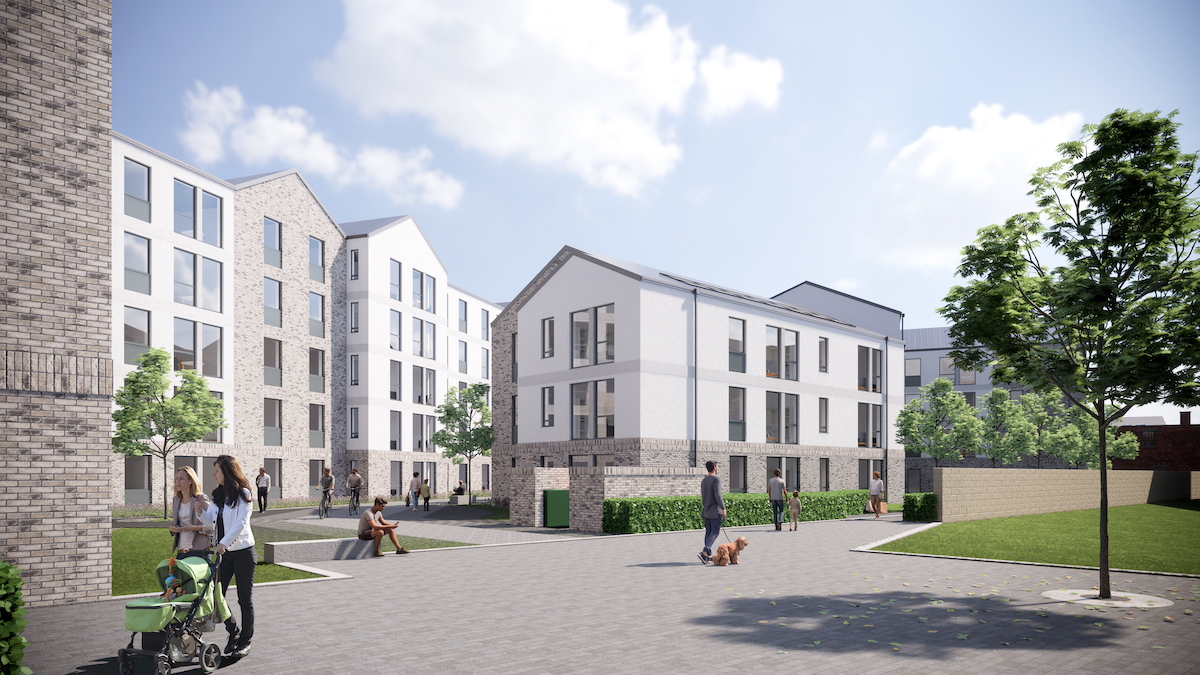 The plans for the 2.9 acre site include 146 apartments to the rear, replacing the industrial units there which would be demolished, and refurbishment of the sandstone building to the front. This would become spaces for commercial occupation, as it already is.

When Drum began the planning process, it brought the commercial leases of most of the occupiers to an end. Only the Leith Depot remains in place, but others such as the Bed Shop and the Indian Restaurant, Punjabi Junction, have long since moved on.

The majority of the homes in the new scheme would be build for rent and 36 are earmarked for affordable housing in line with planning requirements.The buildings will be four and five storeys high with what Drum describe as significant green space and access routes through the site.

Graeme Bone, Group Managing Director of Drum, said: “This new planning application represents a culmination of more than three-and-a-half years of intense planning, consultation and hard work since Drum first purchased the site in 2017. “Our proposals will now bring an added dimension to Leith Walk and the wider area, transforming what is currently an inhospitable industrial site by creating an attractive, open and accessible homes-led community for residents and visitors alike. This provides a comfortable living environment, away from the busy Leith Walk and linked through accessible and landscaped walkways and cycle routes to Pilrig Park and the rest of the city.

“By retaining and refurbishing the red sandstone buildings facing on to Leith Walk, we are also contributing to the wider regeneration of the local area, providing investment to create an attractive and distinctive destination and focal point which is needed now, more than ever. We are pleased that our designs have been well-received by the local community throughout an extensive and positive consultation programme, and now look forward to progressing the application with the City of Edinburgh Council.

“Our revised proposals will maintain the red sandstone building whilst incorporating sympathetic design for the residential quarter to the rear of the site, creating a much-improved access linking Leith Walk with Pilrig Park. This will continue the traditions of vibrancy and independence which makes Leith Walk such an exciting destination in which to live, work and visit.”

This follows the earlier application in 2018/19 which was rejected by the council and on appeal by the Scottish Government Reporter. Since then Drum began a new planning process in April this year in a design which would retain the two storey red sandstone building on Leith Walk and demolish the industrial units behind. The developers claim that over 80% of those who were consulted in the planning process want to see the site developed.