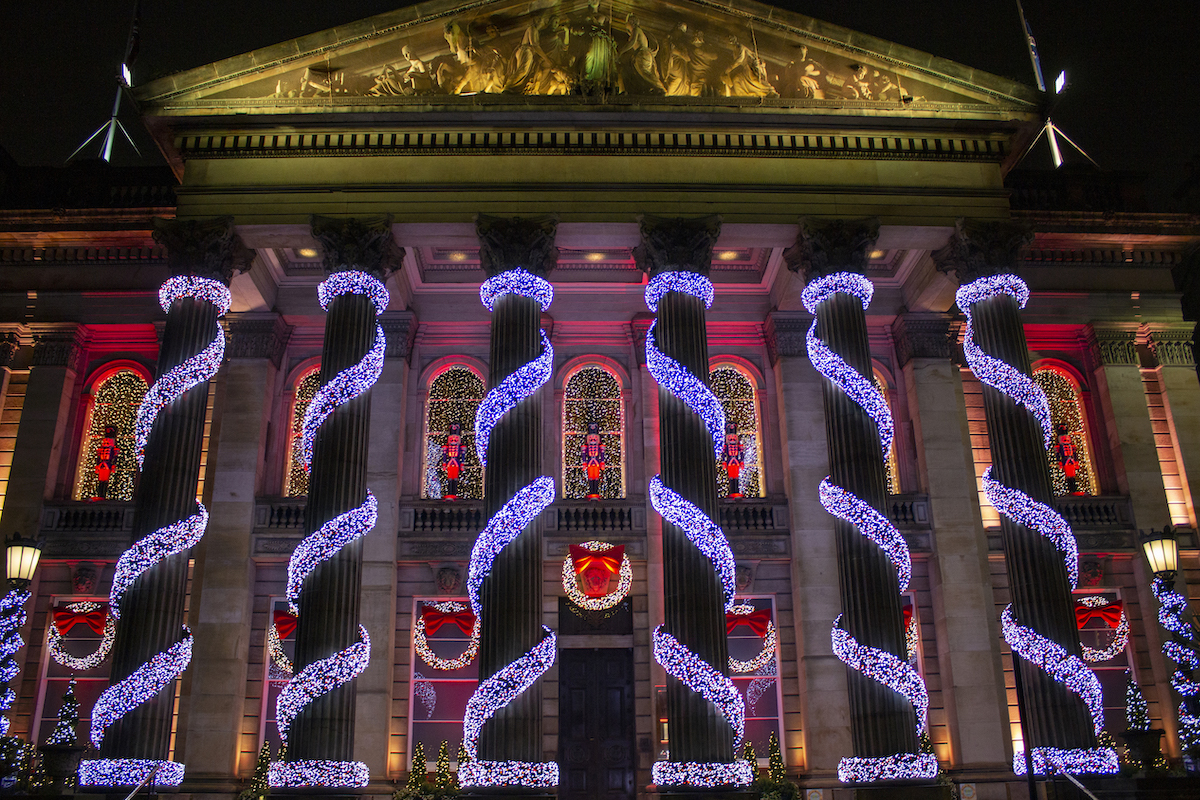 In this bleak mid-winter, frosty winds may moan and they are not the only ones.

There is indeed not much to celebrate.  Nearly two million people across  the planet have died of Covid-19, over 77 million have been infected.  Shamefully, Scotland joined England, Wales and Northern Ireland near the top of the table of countries worst affected.

When Scotland reported our first Covid death, on Friday 13 March 2020, we were shocked to learn the virus had spread so quickly from China and 4,000 people had died there. It wasn’t long before we had past that dreadful total ourselves and we have now lost over 6,000 of our citizens to the virus.

And the end of the pandemic still seems so far away, with daily deaths still between 30-40 and lots of unknowns about the vaccines and the 4000 strains of the virus.  The Christmas “truce” has been abandoned. From Boxing Day we enter another three weeks of Level Four lockdown, all non-essential shops and businesses shut down, strict travel restrictions and no household visits.

Meanwhile, the economy has been severely beaten and turned upside down. National income has dropped 10 per cent. A huge surge in unemployment has only been contained by the UK Conservative government ditching its ideological commitment to “austerity” and dishing out £400bn in borrowed money for job support.  And, as I write, we are watching lines of lorries carrying vital supplies held up at the Channel ports because of fears of spreading the new strain of Covid-19.

As if this wasn’t enough, we have had the constant and threatening drum-beat of Brexit pounding away in the background like a death march.  Whatever the deal, or no-deal, the 1st of January is going to be a shock.

And yet, and yet, there are things to celebrate. The response to Covid has been wonderful in many ways – from our NHS and nursing home staff, from the supermarkets and their lorry drivers, from the volunteer food programmes, from the scientists working on a vaccine, from the public following the irksome health rules, from cafes and coffee shops and, yes the politicians providing all the borrowed money to pay for it all.

There have been useful spin-offs too – outdoor exercise is said to have increased by 80 per cent, there’s a new focus on inequality and poverty and video meeting and learning has zoomed.

But in a deeper sense, I think the Covid emergency has heightened our awareness of our place in nature. The threat to our own species has alerted us to the threat to our animal and plant species and the threat to our planet from climate change.  So the nations are tumbling over themselves to be the first to be carbon neutral by 2045 or 2050, or at least making promises to do so. Electric cars and hydrogen buses are the future, one-use plastic is frowned upon, wind and solar power is taking the place of coal and gas.

I wonder too whether Covid has added to the growing clamour for decentralisation. There is a feeling in the air that the centre cannot hold, things are falling apart. On the one hand it has fuelled nationalism, “Our Nation First” rhetoric and “taking back control”.  And on the other hand it has fuelled a quieter desire for devolution in the English cities and independence in Scotland.

Finally, I wonder what effect all this is having on our children, because such large issues will only play out in the long term.  Young people generally have had a cruel year, confined to their homes, stuck in front of computer screens, their schooling and college life disrupted. Then finding a job and a place to live has been so dishearteningly difficult. We, the older generation, have let them down badly. Will all this make the young more resilient, even defiant and revolutionary ? Or will they suffer in silence ?

On Tuesday evening I walked up my local hill, Blackford Hill in Edinburgh, to search for “the star of Bethlehem”, the closest conjunction of the planets Saturn and Jupiter for 800 years. There were about 50 people there, children and dogs leaping about in excitement. As we looked up into the darkening sky, I suddenly felt how small we all are and how mysterious our future.

And the fact that a thin cloud hid the star from view made it all the more mysterious.

(Editor – For those of you who missed it, here is photographer Tom Duffin’s photo.)