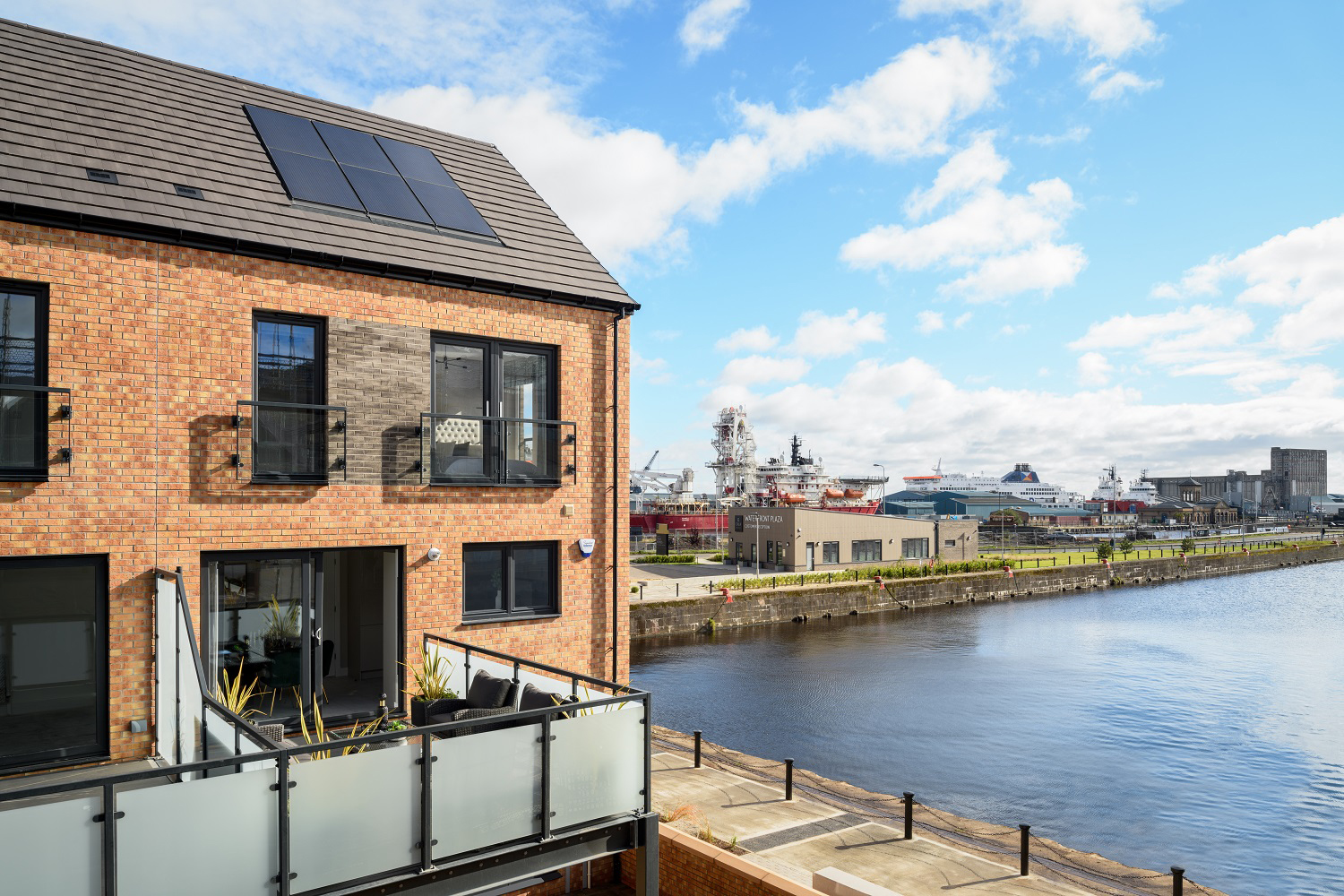 The expansion of Edinburgh’s tram network is driving demand for homes in Leith and Newhaven with a major shoreline development benefiting.

In just over a year since the “first footers” settled at Waterfront Plaza by CALA Homes (East), the developer has already sold 79 homes at the location.

This included its reinvention of the city’s famed colony housing model – selling all 21 colony apartments in less than six months. A collection of four-bedroom townhouses and one, two and three-bedroom apartments are still available to buyers.

Buyers and the developer’s sales team have cited the appeal of having the expanded tram network so close by, with the line adjacent to the northern edge of the site, located opposite Ocean Terminal.

CALA’s strong sales at the well-connected development follow predictions made by planning experts at property firm JLL – who last year forecast a wave of new investment into North Edinburgh.

Lesley Coyle, Senior Sales Consultant with CALA Homes (East) based on location at Waterfront Plaza, said: “Having the tram close by is a big deal for buyers here and it is referenced regularly during early visits.

“I’ve no doubt it is playing a role in our strong sales here. While the pandemic has impacted our behaviours greatly, we have buyers who work near the airport, or need to use the airport regularly.

“To many, they feel they can now realistically consider Leith, whereas before they’d have stuck closer to their work.

“Many more are simply excited at the evolution of this part of town, something symbolised by the tram extension – or having another option that allows them to go somewhere without the car.”

By 2023, the tram will travel from the airport, through the city down to Leith (with a stop on the doorstep of Waterfront Plaza) and Newhaven, a 2.9-mile extension connecting Leith to the city centre and beyond.

With Section 75 payments, Waterfront Plaza’s approval in late 2017 acted as major catalyst for the extension.

Beyond the success of reservations and sales, CALA Homes (East) was awarded a Scottish Home Award for the highly competitive ‘Innovation in Design’ category for its commemoration and modernisation of the timeless Edinburgh colonies.

Waterfront Plaza currently has a collection of spacious four-bedroom townhouses and two, and three-bedroom apartments available from £295,000 – £520,000.
https://www.cala.co.uk/homes-for-sale/scotland/edinburgh/waterfront-plaza-leith/
Telephone 0131 516 6832. 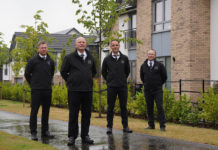