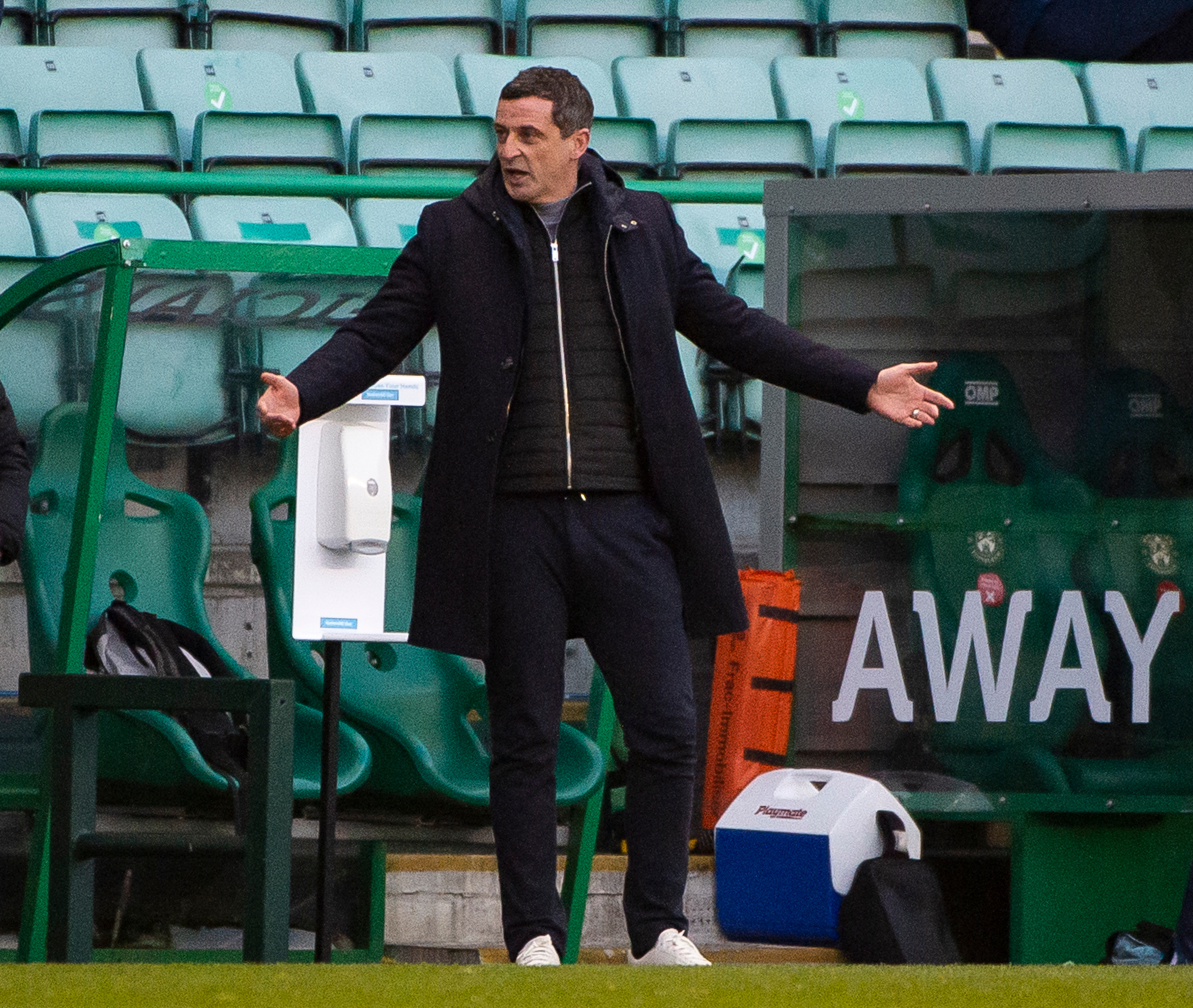 Hibs’ Head Coach says that it was ‘encouraging’ to see four different goal scorers as his team totally swept Hamilton Academical away and leapfrogged Celtic into second place.

Goals from Martin Boyle, Christian Doidge, Paul McGinn and Kevin Nesbit (pictured) secured the three points however the score actually flattered the hosts and Doidge, Drey Wright and substitute Steven Bradley all came within a whisker of finding the net.

At the other end Ofir Marciano barely touched the ball and Hibs produced arguably their best performance of the season to date.

After the final whistle Ross told BBC Scotland: “It’s always encouraging when the goals are shared because you don’t want to be overly reliant on one or two sources.

“We’ve got a continued threat in forward areas and now goals are coming from other areas and that reflects the confidence within the group.”

“For the players to look at the table and see themselves there after 17 games is brilliant.

“It might only be for 24 hours but it’s just a reflection of how well they have done so far.

“You don’t get to that position after this number of games without being a good team. It is just making sure they can replicate that over the second half of the season and be relentless in their work.”

Hamilton Academical manager Brian Rice said: “To concede a cheap penalty, when there’s no need to do it, it set us back and put Hibs on the front foot.

“I’ve got six first-team players, who would normally have started this game, missing. That’s massive for me. We don’t have the biggest of squads.”

Hibs are back on the artificial turf on Tuesday as they visit Alloa Athletic looking for a victory to reach the Betfred Cup semi-final.