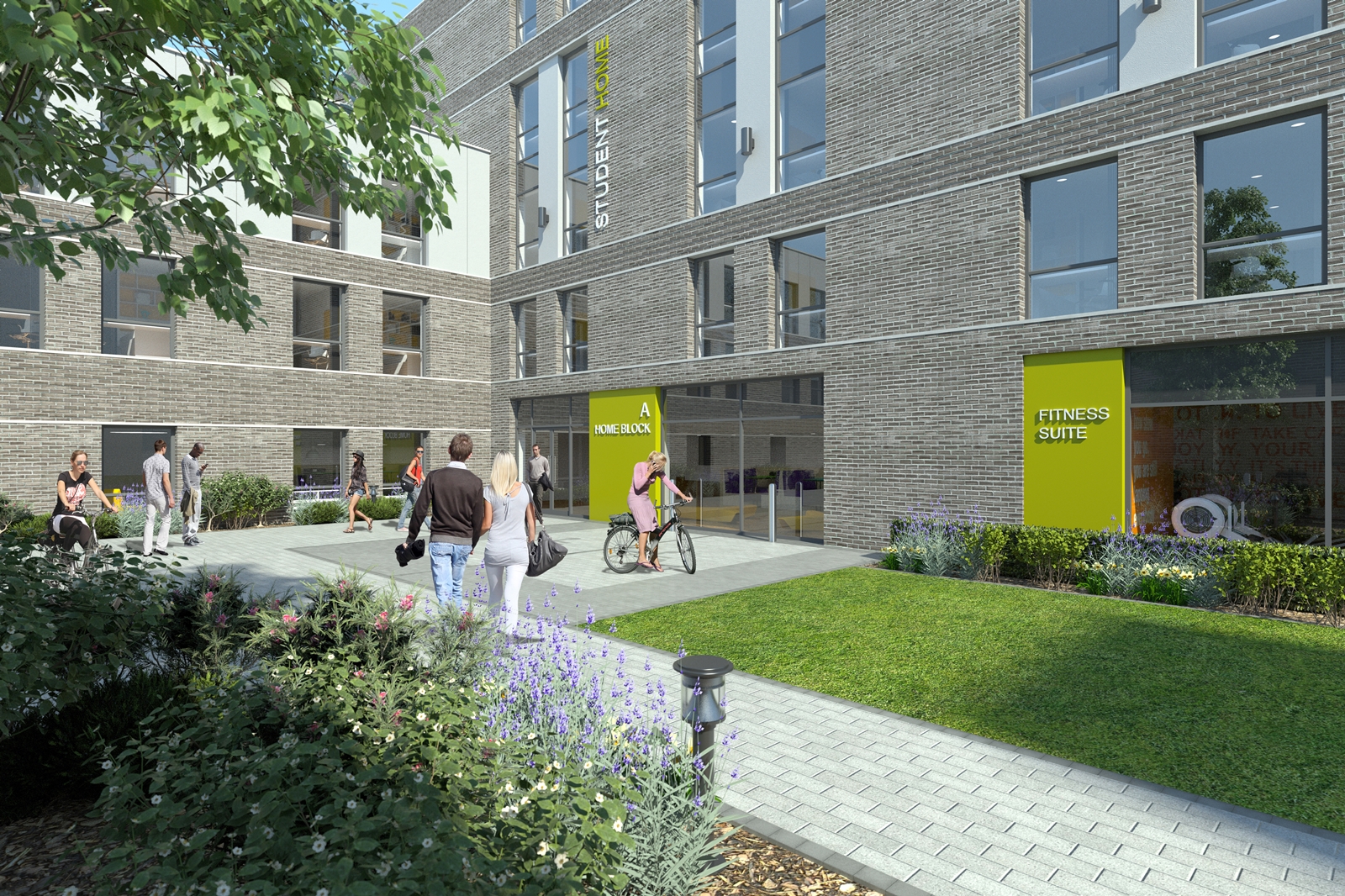 York based property development company, S Harrison, has announced the sale of a prominent development site in Edinburgh to Watkin Jones for an undisclosed sum.

S Harrison secured planning permission on the Gorgie Road site earlier this year for a major new student accommodation scheme consisting of 248 bedrooms in two buildings made up of 35 studio rooms and a mixture of cluster apartments, ranging from six to 10 bedrooms.

It will benefit from a wide range of amenities including study rooms, a games area, gym, cinema, laundry and secure cycle storage for every resident, as well as incorporating quality soft landscaping, connecting the buildings to the riverbank on the Water of Leith.

David Clancy, development director at S Harrison, said: “Watkins Jones is one of the most reputable names in the student accommodation sector. This sale demonstrates the strength of the student market in Edinburgh and the quality of this site, which is close to several Edinburgh Napier University buildings, The University of Edinburgh and Heriot-Watt University, as well as having public transport links on the doorstep.”

Since 1999, Watkin Jones has delivered more than 41,000 student beds across 123 PBSA sites. The company is currently working on several schemes in Edinburgh, including a 216-bed student scheme in Dundee Street.

Commenting on its latest acquisition, Alex Pease, Chief Investment Officer of Watkin Jones,  said: “Gorgie Road is located in a good location in a city where there’s a strong demand for high quality student accommodation. The scheme, which will open in 2022, further strengthens our nationwide pipeline of student and build-to-rent sites and reinforces Watkin Jones’ credentials as the UK’s leading residential for rent developer”.

The Gorgie Road site previously housed several industrial units that have been demolished. The planning decision followed a successful appeal by S Harrison after the development was initially turned down by councillors.

S Harrison has made a significant investment in Edinburgh in recent years and is currently exploring further opportunities across Scotland’s central belt.

The company’s other projects in Scotland includes another student accommodation scheme that will offer 394 bedrooms, on the corner of Westfield Road and Westfield Avenue, close to Murrayfield Stadium. S Harrison has also obtained planning permission for a new hotel on Osborne Terrace converting a 1970s office building at Wester Coates, into a new 157 bedroom hotel, with a restaurant and bar on the ground floor. The developer is also exploring opportunities for a 0.6 hectare site on Ocean Drive in Leith.

At the end of last year, the company completed work transforming Grade A listed Buchan House, on the north-west corner of St Andrew Square, in the heart of Edinburgh’s New Town, into a magnificent new boutique hotel for Malmaison.